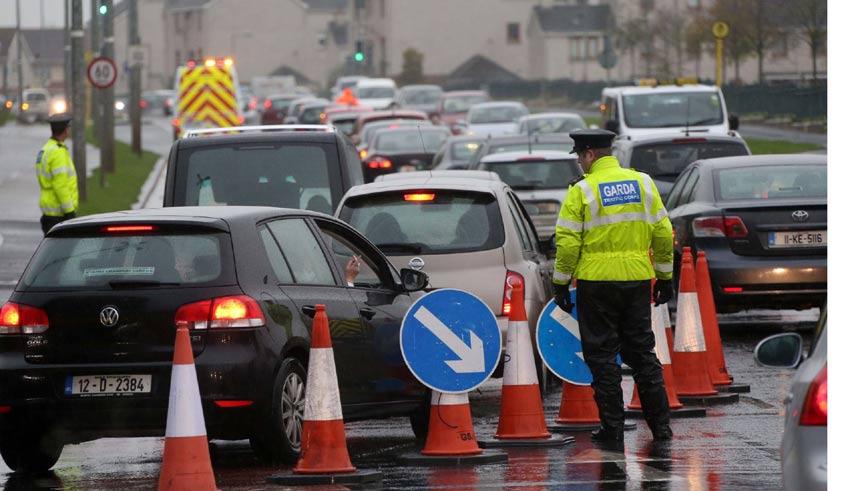 2016 saw another increase in the number of fatalities on our roads. Geraldine Herbert argues that enforcement is only part of the solution, and that all of us have a role to play in reducing the number of deaths

In 2010, Ireland was ranked among the best performing countries in the world for cutting road deaths. After decades of carnage on our roads, the trend was reversed and Ireland was the seventh safest country out of 27 EU member states in road deaths per million population.

A combination of tougher penalties and enforcement for drink-driving offences, speed cameras and hard-hit­ting mass media campaigns from the RSA meant our roads were safer and the numbers continued to fall dramatically. By 2012 road fatalities were at a record low. But the downward trend didn’t continue and road deaths have risen in three out of the last four years. In 2014, a staggering 193 people were killed on Irish roads. We have come a long way since 1972, when 640 people died on Irish roads, but the recent increase should force us to rethink our approach to road safety.

Newly published accident statistics from the RSA and An Garda Síochána in their provisional review of 2016 road fatalities shows that increases are particularly evident among passengers and older road-users but males, especially younger men, are more likely to die on the roads than women. Of the 82 driver fatalities, 64 were male; 20 male passen­gers were killed out of a total of 38; 26 pedestrian fatalities were male and nine were fe­male; 20 male motorcyclists were killed out of total of 22; and of the 10 cyclists that lost their life, eight were male.

Weak enforcement has long been attributed for the failure to prevent road crashes. Figures released last year from a detailed RSA analysis of data from 2008 to 2012 show that one in three fatal crashes involved drivers going too fast for the driving conditions, while alcohol was a factor in 38pc of fatalities.

The steady decline in the numbers in the Garda Traffic Corps has recently been cited by the Minister for Transport, Tourism and Sport as a possible reason for the number of road fatal­ities rising again. The Garda Traffic Corps currently oper­ates with 709 officers, down from 885 in 2012, and it seems likely that the visible presence of more gardaí has a direct correlation to road safety and the perceived risk of being caught.

Our relationship with alcohol and driving is also a significant factor. Among the measures currently under consideration by the minister is to reduce the cur­rent blood alcohol concen­tration (BAC) limit of 50mg for fully licensed drivers to 20mg. At these levels a glass of beer would put a driver over the limit and there are many who argue that it would put an end to the ‘one for the road’ mentality and disconnect the notion of drinking and driving. Many European countries have already made the move, with Sweden, Poland, Slovenia and Estonia enforcing .02 limits, and Hungary, Czech Republic, Romania and Slovakia adopting .00 BAC limits.

Meanwhile, our cars are getting safer as new technol­ogy can help the driver to avoid crashes or minimise the severity of injury if an ac­cident occurs. However, the average age of the Irish vehi­cle fleet is over nine years, so it will take several years for the benefits of recent safety features to impact on the second-hand market.

Road safety concerns may be a global problem but there are certainly countries that fare better than others. According to a 2015 World Health Organization (WHO) Report, Ireland has 4.1 road fatalities per 100,000, com­pared to Sweden with 2.8 road fatalities per 100,000; an equivalent rate for Ire­land would mean an average of 129 road deaths per year, almost 60 less than in 2016.

Why do fewer people die on Swedish roads? In 1997, Sweden introduced their Vision Zero road safety strategy to foster an approach based on the principle that no loss of life on the roads is acceptable. The programme has helped reduced pedestrian deaths by nearly one-third in cities like Stockholm since 2000 and it is estimated to have saved around 145 lives over the first decade of Vision Zero. Based on developing safer roads, safer speeds and safer road users, planning and design has played the biggest part in reducing accidents. Roads in Sweden are built to prioritise safety over speed or convenience. Low urban speed limits, pe­destrian zones and barriers that separate cars from bi­cycles and oncoming traffic have helped. They have also implemented a ‘2+1’ roads system where each lane of traffic takes turns to use a middle lane for overtaking.

Strict policing has also helped. However, it is worth noting in Sweden enforce­ment has little to do with raising revenue; it is about being most effective, as exemplified by the less than 0.25 per cent of drivers test­ed for drink driving found over the alcohol limit.

Simply introducing the Swedish road safety strategy is not going to yield the same results on Irish roads but it is clear that there are lessons to learn from it. Measures that could be implemented successfully here include incorporating road safety features into land-use, urban planning and transport plan­ning; designing safer roads and requiring independent road safety audits for new construction projects; pro­moting public transport; ef­fective speed management by police and through the use of traffic-calming measures; enforcing laws requiring the use of seat-belts, helmets and child restraints; and setting and enforcing appropriate BAC limits for drivers.

As road users we all need to move on from the blame culture approach that blames passengers for not wearing seat belts, cyclists for not knowing road rules and pedestrians for cross­ing our paths. Instead we all need to accept personal responsibility and work in partnership with all road users to improve road safety.

Road rage: What you feel behind the wheel