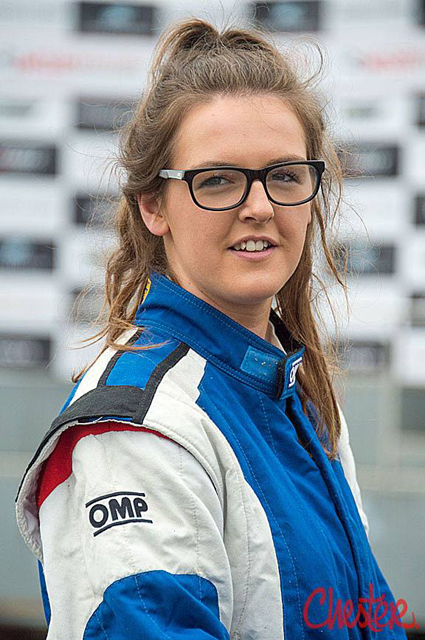 Irish Touring Car Star and Sean Edwards Foundation Ambassador Nicole Drought has announced a partnership with Irish Sportscar team Murphy Prototypes. Nicole is to join the team’s Young Driver programme and will attend some of the remaining rounds of the ELMS series around Europe with the team.

Last weekend Nicole joined the Global GT Lights for two of their championship rounds at the Anglesey Circuit in North Wales. Despite only ever having raced her ITCC Honda and never having raced on slick racing tyres, Nicole qualified her ABR run machine second overall, meaning she started race one on the outside of the front row.

Unfazed by the rolling start used by the class, she tucked in behind series leader Max Drennan when the lights changed, challenging for the lead immediately with a run around the outside at turn two. On the fourth lap, Nicole got alongside Drennan on the run to the downhill Corkscrew corner and held the inside line to take the lead. A four way battle for the lead ensued with Nicole falling to fourth, then back to second. Unfortunately in the closing stages, contact with James Thompson spun both cars and dropped them out of contention.

In the final race of the weekend, Nicole initially ran ninth but as the race progressed, picked off the class regulars to start the final lap right with the leaders in fifth place. Replicating her earlier move on Drennan, she moved past former series champion Bernie Braden to snatch fourth on the final corner and just missed a podium by three tenths of a second.

Greg Murphy, Murphy Prototypes:”We are delighted to help Nicole with her career and we have been really impressed with her performances to date. She obviously has great natural speed and as a result of her relative inexperience has a lot of room for improvement, which is exciting.”

Nicole Drought: “It was a great weekend, I loved racing in the class. I would like to thank Naylor Engineering for supporting me for the weekend as well as my regular partners IT Monkey, Stapletons Bakery, Bernie’s SuperValu and Gem Oils. Also the team at ABR for their help and guidance on my first race in the class.I’m also delighted to join the Murphy Prototypes Team and and grateful to Greg Murphy for his support.”

Nicole’s next race is this weekend at Mondello Park, when she returns to her 250bhp Honda Integra in search of another 2016 ITCC win.

Hutton & Meade team up with Jenny Murphy and Lucy Mulhall