Nip, tuck and a new designer 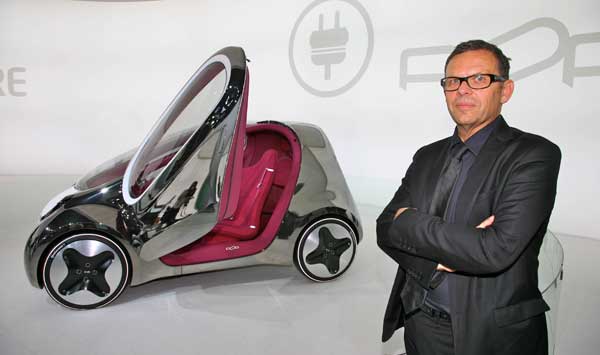 A nose job and a nip and tuck here and there are often required to get us excited about a brand again when the design is starting to get a little stale. We have five examples where a designer has reinvented a brand’s design language.

The German car designer worked for many years with the Volkswagen Group and was responsible for the design of key models like the Audi TT and New Beetle. Schreyer was headhunted in 2006 by Kia and appointed head of design. Schreyer’s appointment complemented Kia’s growing emphasis on design and the regeneration of its model range. Schreyer came up with the “tiger nose” grille, now a feature of all Kia models and giving the brand an instantly recognisable face.

Giugiaro has designed over 200 different models for various carmakers over his career but one of his most notable collaborations was with Volkswagen in the 1970s. Volkswagen had the successful Beetle in their stable but in the early 1970s sales were down and the brand was facing stiff competition from compact cars coming from the Italian, British and Japanese carmakers. The answer was the Mark 1 Golf which Giugiaro designed. The styling of the Golf was a departure for Volkswagen and featured a more angular design and purposeful look. Giugiaro also designed the first generation Scirocco and Passat.

In the early 2000s design chief at BMW, Chris Bangle, was set with the task to take BMW to a new level away from the typical conservative design of a luxury car. Some of his most notable designs were the 2002 Z4 roadster and 7 Series saloon. The 7 Series received some criticism, especially for the bulky, odd looking rear. The Z4 sported a much more sculpted body to the curvy Z3 it replaced. The Z4 featured Bangle’s “flame surface” approach with flickering and twisting lines in the bodywork often at odds to one another. It was a more dynamic approach to styling for the German luxury brand.

Renault has always been one for innovation in car design but cars like the Avantime and Vel Satis failed to capture the hearts and minds of car buyers. With the appointment of Dutch designer Laurens van den Acker, Renault launched their new design strategy in 2010. Van den Acker has given Renault cars a much more distinct, exciting design with a slender grille and enlarged Renault logo pioneered on the new Clio, Captur and Twizy and now making its way to other models in the range too.

Currently Head of Design at the Volkswagen Group overseeing the design of models representing the Audi, Volkswagen, SKODA, SEAT, Lamborghini, Bentley and Bugatti brands but in the mid 1990s while working for Alfa Romeo, de Silva was responsible for the repositioning of the brand that saw cars like the beautiful Alfa Romeo 156 and 147 models come alive. The front license plate was offset to the side and the rear doors appeared to have no handles; this feature has been copied now but this was innovative back in 1997. De Silva has something of a Midas touch working to reinvent the design of SEAT cars in the early 2000s and since then adding cars like the Golf Mark 7 and Audi A5 to his CV.

Next week we look at female designers of cars