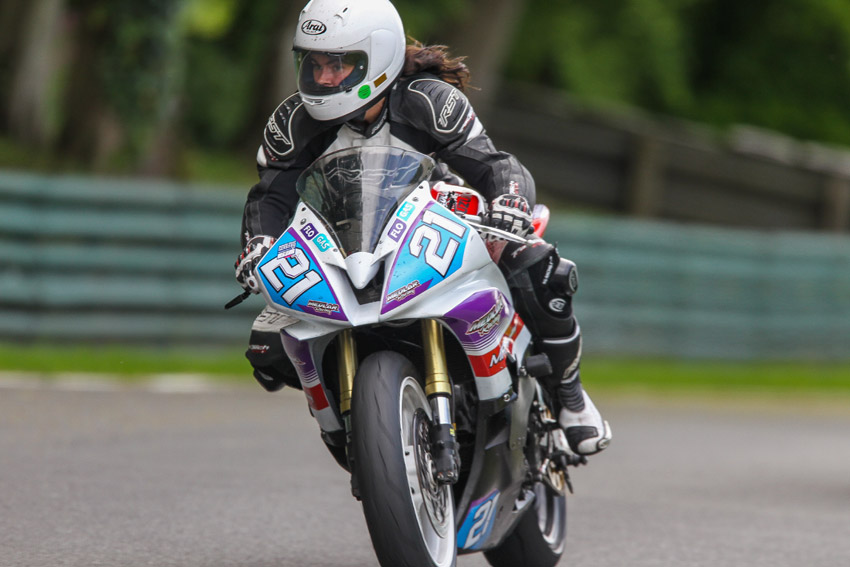 How did you get into it?

The main questions I get asked when people find out I race motorbikes are, “How did you get into it?” and “Are there many girls racing?”. The answer to the second question is unfortunately no, there aren’t many girls racing, although there are more and more each year which is awesome to see.

I got into motorbikes simply because my Dad used to race and my brothers race so I have always had a motorbike. I got my first motorbike shortly after Dad took the stabilizers off my push bike when I was around 4 years old. I had a couple of small bikes that I used to ride around the local fields, but I never wanted to race them, it was just fun.

When I was about 14 I got Dad to sell my motorbike and buy me a guitar instead, and when he offered to buy me an Aprilia 125 to race when I was 16 I wasn’t mad on the idea either, so he didn’t buy it. This is important because it was always my own choice about whether I wanted to be on them or not. Despite not being on bikes the whole time, I always loved learning about mechanics.

I watched Dad every chance I got while he was fixing cars etc and he let me help and bought me Meccano sets. My mum told him they were for boys. He didn’t listen. My brothers were also currently racing at this time, and my eldest brother Dylan was competing in the Isle of Man TT on a Sidecar so I went over to watch a couple of times and even though I didn’t have my own bike I went pillion around the place and really enjoyed it. A few more years passed and while my brothers were still racing I just decided one day it was time to go for it.

Honestly, the reason I hadn’t before was because I was afraid that because I was a girl I wouldn’t be any good at it, and because my Dad and brothers were good I didn’t want to let the family down. I had a teacher in 3rd class in school who used to say all the time “There’s no such thing as I can’t, only I will try”, and this kind of came back to me at that stage, even though I hated her all that year for saying it. I couldn’t do the maths homework, and I did try!

There’s no such thing as I can’t

So I gave it a go, and haven’t looked back since. The support from around the paddock is incredible and while a lot of men encourage their sons to start racing, I’d urge people to encourage their daughters as well. This is not a mans sport, so maybe pick up that Meccano set for your daughters, even if you think it’s just for boys.

Cars are for Boys and Dolls are for Girls

Cars are for Boys and Dolls are for Girls