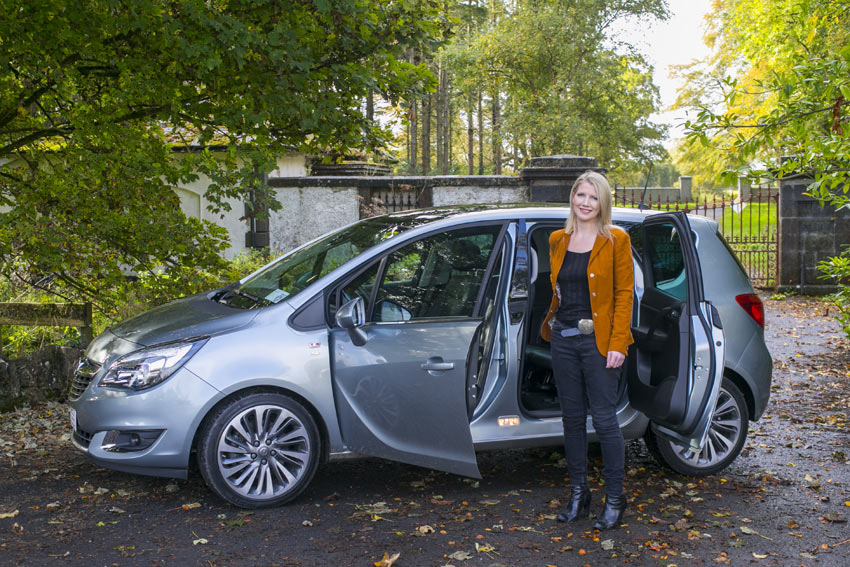 Is the arrival of new smaller engines under the bonnet of the Meriva enough to  put it ahead of its rivals asks Geraldine Herbert?

What is it? Opel redefined the small family car when they launched the Meriva back in 2003 and for 2014 it’s been given a facelift and a range of smaller and more efficient engines.

Who is it aimed at? The Meriva’s unique selling point has always been the backward hinged rear doors that open almost at a right angle so clambering in and out is simple and parents with small children will really appreciate them.

Styling? There is now a more stylish front grille,  new LED lighting and the splashes of chrome freshen the overall look. Opel has wisely retained all the family friendly features and it scores high for practicality,  the boot can hold 397 litres of luggage  and with the rear seats folded flat up to 1,497 litres.

Under the Bonnet? There is a good choice of petrol and diesel engines. Our test car was powered by Opel’s new generation 1.6 136bhp turbo diesel engine which claims to be the quietest and most efficient engine in the class.

What about inside? Upfront there are  improvements over the old model but it is still recognisably Opel with a clutter-free  layout. The controls can be all found this central unit but as systems go its not the most userfriendly. That said there is loads of storage throughout and there is plenty of adjustments to seats and the steering wheel.  Passengers in the rear fare particularly well and the seats adjust forwards and back for extra legroom and the trademark flexible rear seating is still one of the best around.

On the Road? Despite its tall proportions the Meriva  is surprisingly good to drive, the suspension is firm and  smooths even  the worst back roads and  it sticks to the road with plenty of grip. The steering is nicely weighted at speed but may feel a little too heavy for some around cities and towns.

And Safety? The Meriva comes with a host of passive and active safety features including one we think parents will particularly like.  All Meriva’s are fitted with a complex safety system that prevents children opening the rear doors while the car is moving. At speeds over 3km/h, the FlexDoors automatically lock and a green light in the door handle surround goes out, indicating that the door cannot be opened. If for any reason one of the doors has not been closed properly when the car starts to move, the driver is immediately informed by an audible and visual warning from the instrument panel. If the vehicle is in an accident, the FlexDoors unlock automatically. For added security, conventional child locks also feature.

Options? Available in three trims, S, SC and SE, the Meriva has quite generous levels of standard kit with features such as daytime running lights, FlexSpace adjustable rear seats, FlexFloor  and a CD with USB for iPod/ MP3 player all standard. Trade up to the SC trim and a host of safety features are added along with air conditioning and cruise control. Splash out on the top-of-the-range SE and you get goodies such as a Panoramic glass roof with electrically operated sunshade, front fog lights with chrome surrounds and dark-tinted rear windows.

Economy? The 1.6 engine is powerful enough for everyday driving, costs €200 a year to tax and returns 64 mpg or 4.4 litres. If you do low mileage and a lot of city driving you may want to go for the 1.4 petrol engine.

Verdict? The Opel Meriva is a well designed and cleverly thought out small MPV with flexible seating, smart interior and good build quality. With the addition of smaller and more efficient engines the Meriva stacks up well against recent arrivals in the sector but given that Opel pioneered the small compact MPV it is disappointing that the new Meriva adds very little that is new or innovative.

For more information check out Opel.ie or the Opel Ireland Facebook page or view our video 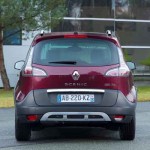 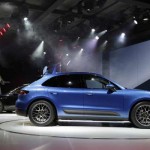 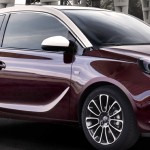 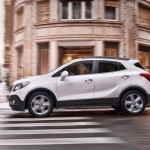 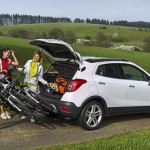 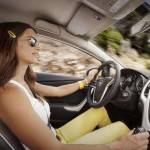