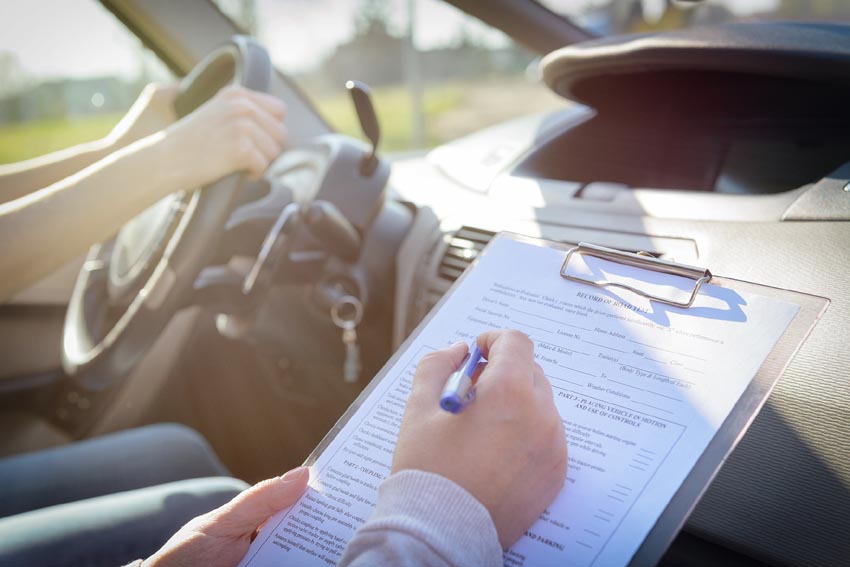 Dyslexia affects about 8% to 10% of the population, this month Ladybird Driving School look at some of the challenges a person with dyslexia faces when learning to drive

Throughout each year pupils present to our driving school with a range of conditions and we have taught and passed pupils with Polio, Parkinson’s, Prosthetic limbs, profoundly deaf, Dyslexia and many more conditions. Patrick was diagnosed late in his teens with chronic Dyslexia and he spoke to us about the challenges of learning to drive and advice for young people in similar circumstances coping with Dyslexia.

Q. Patrick what is chronic Dyslexia?
A. There are many different realms of dyslexia however chronic dyslexia can affect the way information is processed, stored and retrieved. Dyslexia makes reading and other language-based tasks difficult, but it can also affect your social skills. A dyslexic person processing speed is much slower and it takes a longer period for them to fully understand a concept. Dyslexia is a condition that often makes it challenging to break spoken language down into its component parts. This, in turn, complicates a dyslexic’s understanding of things like driving.

Q. What was it like growing up with the symptoms of Dyslexia and what were the signs?
A. Growing up with the symptoms of dyslexia was very difficult as often dyslexic people cannot phrase their words correctly often resulting in other people laughing at them and this can again damage a young person’s esteem. Dyslexics also can only recall limited details or specific details this let me forget what my friends said and create confusion. The signs that made me become aware I wasn’t the same as my friends was a long-lasting incapable of processing information. I often had to make information easier to read and wrote my homework on different coloured paper. Sometimes textured paper can also make a difference. This enhances contrast for learners who struggle to process visual information. In my
case yellow paper helped.

Q. What challenges did you encounter when studying the reading material for the official theory test?
A. The Official Theory test produced many issues to me as a lot of the questions answers are written very similarly and some present you to remember specific percentiles such as the question “According to the pre-crash Report how many passengers were killed in a collision where alcohol was a known factor?” this proved very difficult for me to remember these specific numerical questions as they may find it difficult to remember. I felt the theory test is unfair as in a state examines in school Junior and Leaving certificate I am allowed a reader to vocalise the question for me and to allow me time to process the words within my head and I do not understand why I am not entitled to one in the theory test?
Following endless nights over a series of weeks on preparing for the theory test I just scraped a pass by one question and the three questions I got wrong were all crash report questions i.e Numerical/ Statistical questions.

Q. How did Dyslexia affect your ability to learn how to drive?
A. Beginning the driving experience with the first EDT lesson I often found it difficult to execute the fundamental principles of driving and it took me six lessons just to enter housing estates and to navigate a route be it left or right would take me a few seconds to comprehend in my head.

Q. What are the differences between the EDT syllabus you sat and the lessons you did preparing for your driving test?
A. Previously I enrolled in 13 EDT lessons with another driving instructor who did not understand my needs and would often not understand the reasoning behind my mistakes or even a remedy to my issue and would let my driving errors accumulate and thus made me pick up bad habits.

Q. You passed your test on 27/06/2019 with only 3 faults recorded. What factors contributed to you passing the test.
A. I believe that Ladybird driving school enabled me to look at the driving test in a more simplified way by breaking down difficult manoeuvres such as the reverse around the corner in an easier way to understand. My Driving instructor understood my needs and adopted a straightforward approach by giving me the confidence to accept my flaws and work on them and quickly remedy them into a strength. When I started out I was incapable of reversing around a corner, correctly changing lanes and many other aspects of driving and in just two lessons I was taught me more than I had been in thirteen with my previous instructor. They adapted to my needs and understood I needed a calmer and slower way of learning to drive as a result of my dyslexia.

Q. What advice can you give to anybody currently in a similar situation?
A. After failing my test twice I genuinely felt like I was never going to pass the test and I refused to even drive for seven months as I believed that my dyslexia had left me at a disadvantage to other adolescents who could pass the first time. Of course, I was wrong and my advice would be to never give up practice test routes. You will make a mistake it is inevitable however you should not let this deter you at all. Keep practising don’t let it knock you back as it is very rare any person passes the first time even people without a disability such as dyslexia still don’t pass the first few attempts. One thing that aided me immensely was observing other experienced drivers, for example at what speed they change gear – visual learning is immensely important, visually learning independently can aid dyslexic people a lot in the attempt of passing their driving test.

Getting ready for a D.O.E. Test