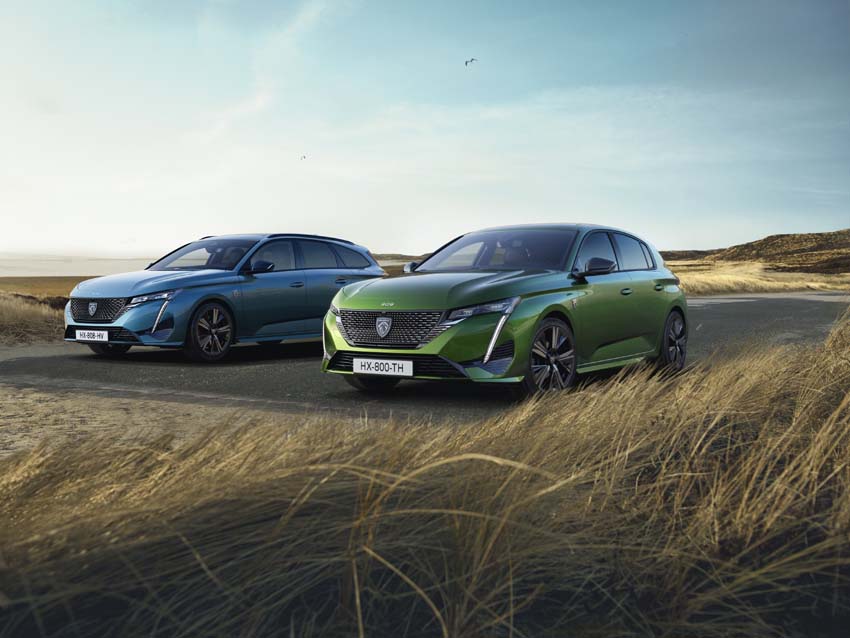 What is it? At first glance, the new Peugeot 308 has much in common with the previous one, but look again and the sleek bonnet and the vertical grille catch the eye, while the new retro logo is a nod to Peugeot’s changing model line-up. It oozes Gallic flair. The 308 I drove came in ‘olivine green’, which only enhanced its appeal — and judging by the amount of admiring stares, smiles and waves, it’s the colour of choice for those who like to be centre stage

What does it drive like? On the road, the steering is light, responsive and quick; it will ease you effortlessly around town and remains composed on even the roughest surface. The engine is noisy, however, particularly at low speeds. 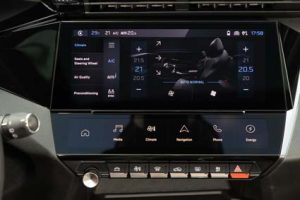 What’s the interior like? Even the fetching exterior can’t eclipse the beauty of the interior, with its distinctive design and blend of quality materials. The i-Cockpit trademark interior comes with a 10in digital panel, located at eye level, that is standard across all grades and is clear and intuitive to use. Trade up to the top trim and the cluster is three-dimensional.

Families will welcome the 412 litres of boot space, which can accommodate even the most ambitious shopping trips, along with the 34 litres of storage space throughout the cabin. There is also plenty of room for front passengers but not so much for tall rear passengers, who may find it a little cramped.

And while we are on the subject of gripes, the small steering wheel is annoying and makes finding a comfortable driving position while also being able to see the instrument panel a challenge, so taller drivers be warned — at 5ft 8in, I am hardly Amazonian.

What are my options? There are three different trim levels — Active, Allure and GT — along with petrol, diesel or plug-in hybrid (PHEV) options, and an estate version. An all-electric version is due next year. Both PHEVs are powered by a 1.6-litre petrol engine and an 81kW electric motor, enough to run on silent electric mode for around 60km. Our test car was powered by an old-school 1.2-litre three-cylinder petrol engine with an eight-speed automatic gearbox.

How safe is it? There is no shortage of standard and optional safety features, including some must-haves such as lane-keeping assist and speed-limit and traffic-sign recognition, as standard. There is also an optional drive-assist pack, which includes adaptive cruise control and some new features, including curve speed adaptation, a system that optimises your speed according to the curve of the bend.

Verdict? The 308 is a very alluring car and will woo fans with its sharp styling and on-the-road comfort but in an automotive world transitioning to electric, the lack of a fully electric model in the line-up from launch is a missed opportunity.

Why you’ll buy one? Looks

Why you won’t? Price