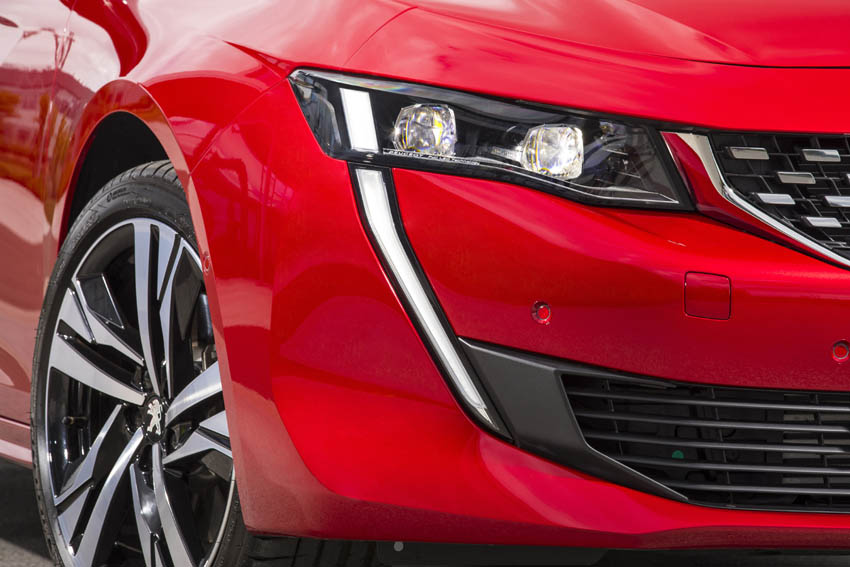 Due here in Spring, Hannah Gordon gets behind the wheel of one of the most anticipated cars this year, the Peugeot 508 Fastback

What is it? A low slung coupe style car, Peugeot has brought something different to the market instead of the usual SUV models.

Who is it aimed at? Designed for the executive car market, the coupe styling and large boot lend itself to the business sales rep sector.

Styling? The Peugeot 508 has unique styling thanks to its distinctive headlight and LED daytime running lights at the front and a new right configuration at the rear. The doors are frameless and the whole silhouette of the 508 is smooth and sleek, it takes on a similar shape to the Audi A5 but with its own French styling cues.

Under the bonnet? Peugeot offers a choice of two petrol and three diesel engines, the diesel engine includes an entry-level 1.5-litre BlueHDi that produces 130bhp and comes with an eight-speed automatic. There is also a 2.0-litre Diesel engine with two different power outputs of 160bhp and 180bhp. The petrol alternatives are a 1.6-litre turbocharged PureTech that also has two power outputs of 180bhp and 225bhp. All engines come with the option of the 8-speed EAT automatic transmission.

What about inside? As we’ve come to know it the Peugeot interior has become extremely familiar with the smaller than normal steering wheel and futuristic switchgear which characterise the I-Cockpit design. Dials have been replaced by a large digital display and on Allure models and upwards a decent size 10-inch touchscreen infotainment adorns the centre dash. As standard there is Apple Car Play and Android Auto, a handy option is wireless smartphone charging. The interior feels of good quality and well put together, although one problem I did have was that if I had a drink in the cup holder then changing gear was difficult.
Interior space is good with front passengers enjoying good room, three adults fair less better with space in the rear though, boot area is good with 487 litres to play with. 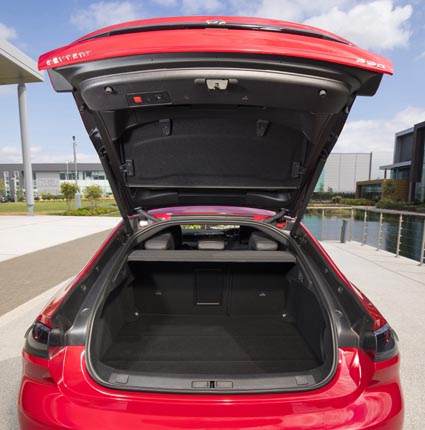 Inside there is good space for a family car

On the road? Adaptive suspension is standard across all petrol models and the 2.0-litre diesel options, alongside the four different driving modes, enables you to chose a set-up that suits you. The lower powered diesel option does lack power but is perfectly suitable for motorway cruising, if you prefer a manual gearbox then your only option is the 130bhp Diesel engine.  The Peugeot 508 does corner well and thanks to the small steering wheel you do get more feedback, but the suspension is a bit rough at times especially along less than perfect road surfaces.

What about safety? When tested by Euro NCAP it received the full five stars possible. As standard the 508 benefits from a Safety Pack, with this you get the following driver aids; Advanced Automatic Emergency Braking System with Distance Alert, Active Lane Keeping Assist and Speed Limit Recognition.

So what’s the verdict? Its good to see something different to the usual SUV designed models that are being churned out week after week, the Peugeot 508 Fastback is distinctive with nice details and proportions. The exterior styling is not the only thing to catch the eye as the unique interior sets it apart from rivals. The obvious draw of the car is to appeal to families so the news that a hybrid could be added to the powertrain line-up in 2019 could add further appeal. The diesels are particularly noisy but the smaller powered petrol seems a perfect engine for versatility and refinement.

Ten things to know about the Peugeot 3008 SUV