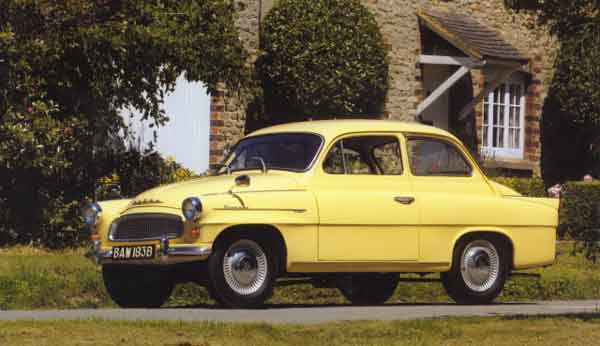 ŠKODA was a brand that faced enormous prejudice. How did the Czech carmaker turn it all around?

When I first started taking an interest in cars I swallowed up everything I read in car magazines. While I liked looking at the pictures of the new cars and dreaming of which cars I would like to own, I also read the one-liners at the back that could make or break a car.

I was becoming conscious that some brands were not as cool as others – all cars were not created equally. I soon figured that a car could say a lot about who you were, or more accurately, who you wanted to be. In other words, for the price tag you were buying more than just a car. You were buying the brand image too.

Growing up I dreamed of owning many cars but a ŠKODA was never one of them. The boxy ŠKODA Felicia of the mid-1990s didn’t have the style or badge kudos to warrant any childhood fantasy.

I don’t think I was alone and I’m pretty sure ŠKODA knew they had a lot of work to do to change the negative public perception of the brand.

Well I’m 100% certain they did. Because the transformation of the brand over the last twenty years has been nothing short of amazing. ŠKODA is now a household name and we have petrolheads and motoring journalists lusting after souped-up Octavias.

ŠKODA has come a long way. After World War II, the Czech carmaker fell under the communist regime; the company was state-owned and fell behind in terms of technology compared to their Western counterparts, despite a solid manufacturing heritage. After the fall of communism in 1991, ŠKODA became part of the Volkswagen Group, and this signalled the beginning of the brand’s regeneration.

For sure the association with the Volkswagen Group has helped the ŠKODA brand enormously. ŠKODA has benefited from the marketing power of the VW Group and enjoyed the same product advancements and technologies as their VW siblings. The design concept of “timeless design” is similar too, according to Ray Leddy, Head of Marketing & Product at ŠKODA Ireland. “The product design does not age over time. For example the previous Octavia was in production since 2004 and still remained one of Ireland’s best selling cars. It looked fresh and modern until it finished production late in 2013,” he says.

In Ireland there are now 10 model variants in the ŠKODA line-up and today’s slick and stylish machines are a complete contrast to the earlier cars. To put this in perspective,ŠKODA first started selling cars in Ireland in 1993 and at the time they only sold two different models. They sold just 76 cars in their first year in Ireland but in the first seven months of 2013, they have already sold 4174 cars, representing 6.4% market share and making ŠKODA the seventh most popular brand in Ireland in 2013, ahead of stalwarts of the motoring world like Audi, Renault, Peugeot, Honda and BMW.

That’s progress. Leddy puts the success of the brand in Ireland and increase in market share down to three main factors: a network of good dealers, improvement of the actual product and word of mouth recommendation from satisfied customers.

I can’t help but think that a super-hot 220bhp Octavia bearing the RS badge can’t do too much harm either. It’s a car that is surely worth a place on a car snobbish ten year old’s bedroom wall. How times have changed.