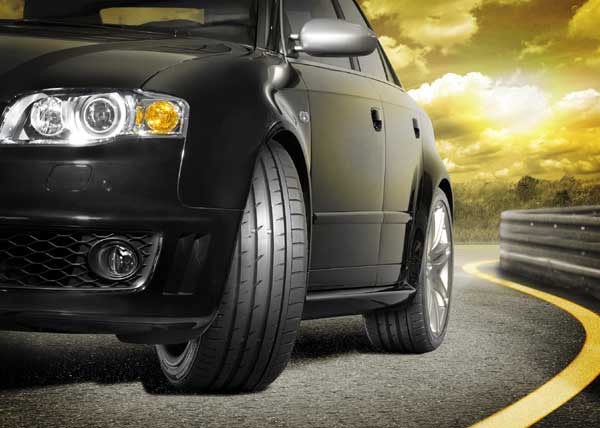 Ahead of the 2012 National Road Safety Week which runs October 8th to 14th, the Irish Tyre Industry Association (ITIA) is highlighting the danger of buying second-hand tyres. In a detailed test carried out, it was found that 51 percent of second-hand tyres tested were deemed “dangerous or not fit for purpose”.

Since the economic downturn, there has been a proliferation of outlets offering second-hand or “part worn” tyres to the public.  In most cases, these are tyres that have been used by central and northern European motorists and have become available due to the European practice of seasonally changing tyres each year.

These second-hand tyres are generally offered for sale at prices that represent a significant discount on the cost of new tyres.  In the current economic climate, some motorists may be tempted to consider fitting these cheaper part worn tyres. However, the message from the ITIA is think twice.

Highlighting the dangers of part-worn tyres, Mr. Noel Brett, CEO of the Road Safety Authority (RSA) said, “There has been a noticeable increase recently in the number of vendors offering “part worn” tyres for sale.  Use of these tyres can be risky as there is no history of how they have been used.  There may be damage internally from hitting road hazards or kerbs.  They may have been underinflated or overloaded causing heat build-up damage in the tyre.  The “good deal” you think you got may not be as good as anticipated.”

President of the ITIA, Kevin Farrell, said: “We carried out a detailed study on second-hand tyres that were bought from outlets across Ireland and the findings were quite startling”.

Of 134 tyres purchased and submitted to a detailed technical examination, 51 percent were deemed ‘dangerous or not fit for purpose’.  Several of the tyres bought included specimens that had metal nails or screws embedded in the tread and tyres that had evidence of patches or repairs carried out to the side wall – in either case, the tyre could be seriously weakened with increased possibility of a blow out.

“Our message to motorists is that second-hand tyres are a false economy and in many cases are a dangerous option. Do you really want to take chances with the lives of your family and friends by fitting second-hand tyres?”, said Farrell.

The age of some of these second-hand tyres also gave cause for concern.  55 percent of the tyres examined proved to be six years or older – one tyre was as old as 21 years.  A tyre six years or older on a car submitted for the National Car Test (NCT) in Ireland will receive an advisory warning.

Kevin Farrell continued: “The problem is that to the untrained eye, all of these tyres seemed to be ok and in many cases inherent problems in the structure of the tyre only came to light when we carried out the detailed examination. An average motorist is not going to have the time nor the proper equipment to be able to carry out this examination, so the safest advice would have to be don’t take the risk…”

“In common with much of the rest of Europe, there is no regulation of the second-hand tyre sector in Ireland.  Anyone who buys a second-hand tyre just doesn’t know what they are getting and it is too late to find out the tyre was faulty when you are already on the motorway with your family in the car…”, concluded Farrell

To mark Irish Road Safety Week, free tyre safety checks are being provided by a number of Irish Tyre Industry Association approved centres around the country to raise awareness of the need to maintain your tyres, particularly coming into the winter months.  In addition to free tyre checks at participating tyre centres, motorists can also obtain a free safety pack (while stocks last).

Further information is available at www.itia.ie or check out Suzanne Keane’s  Tyre Guide in The Garage

€50 in Fuel Vouchers From Heffernan Tyres