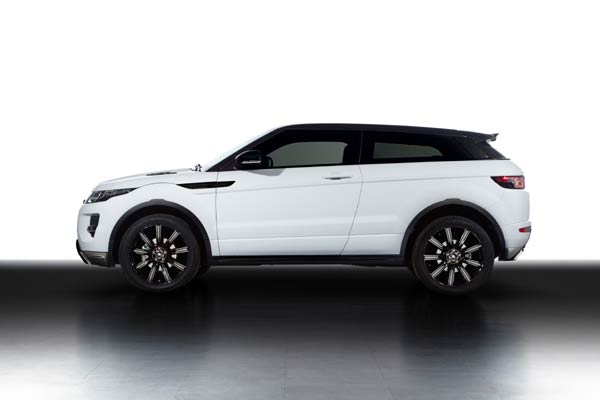 Oh god oh god oh god. I’ve only ever seen Range Rovers with the Queen in the back and now here I am test driving the 5 door automatic Range Rover Evoque. “That won’t fit in my car park space” I thought. Looks really big. Oh how I was deceived. This fitted my neat parking space with a little room front & back. Just as well; Can’t have the neighbours’ kids leaning on it after all! The Evoque, I’m told, is the smallest of the Range Rover family but felt plenty roomy.

Weirdly, I started by sitting in the back seat. No, I don’t know why either! It’s like sitting in a private jet! I got a great feeling of a space in a bossom of leather interior (oh how I loved that leather interior!) Once the driver isn’t a giant, there is loads of room to cross legs back here!

Sitting into the driver’s seat brings a mixed feeling of very modern technology & some real old class style.  I rest the keyfob on the centre console, brake & press the start button to get going. The usual automatic “gearstick” / handle is replaced by a round column that rises & lowers Star Trek style. Set your faces to stunned the first time you see that bad boy appear. Think Katy Perry rising onto the stage on a beautiful platform.  Even with having my sunglasses on my head & my jaw slackened at the beauty of the interior, there was still oodles of head room! In fact, the seat sits slightly lower giving it a very sporty feel.

If you told me a week ago that white leather seats would look like anything other than a prop for a Barry Manilow concert, I wouldn’t have believed you. But wow-wee! That private-jet feeling is evident in the front seat also. Regal style white interior doesn’t do it for you? Range Rover Evoque offers an extensive selection of colours, materials, finishes & luxury options.  The seats are electrically controlled & very comfortable. I didn’t have enough gadgets to be able to use that many power points. They’re even in the boot – For the mini fridge?

The styling of the Evoque means that the back window is a little smaller than a conventional jeep but it adds to the overall somewhat sporty shape. It may have contributed to the boot being bigger. I fitted in 2 golf bags (I don’t even play golf! Don’t ask!) picnic basket, several rugs, cushions & flasks. Easy peasy with the big boot.

I don’t know why it is that people feel the need to kick tyres but many tried to kick the monster Evoque tyres. (Dear Range Rover, I retaliated by kicking the people!)

Over my week test driving it, I was constantly asked if it rolls when it turns. Perhaps a legacy of former models? It did not roll. Everything about this car felt solid. Whether going around a long sweeping slip road or sharp mountainous bend, I & my passengers felt solid & still. Almost Zen-like! The 9-speed gearbox shifts a lot more than a traditional 6-speed but you barely notice; I’m no mathematician, but I’m presuming the shifts are all smaller & hence smoother.

A combination of main roads & summertime meant that I didn’t get to put the full array of driving mode options available in the “Terrain Response System” to the test, which includes sport, eco, grass, gravel, sand and snow modes!!!

Despite the perception of ‘baby’ Range Rover designed for the ‘lady market’, the Evoque is a true Range Rover with the power, the stance, the solidity and the feeling of superiority one would expect at this end of the market.

For more information on the Evoque check out Landrover.ie  or the Land Rover Ireland Facebook page