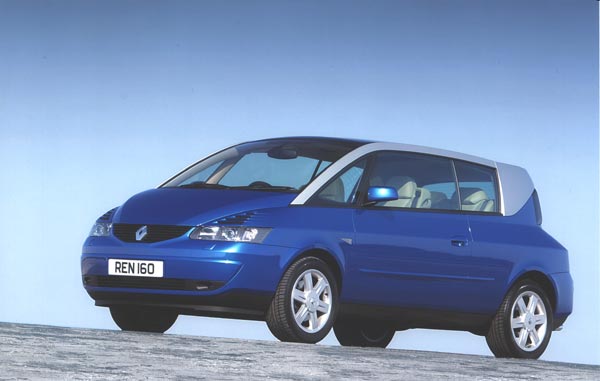 Renault Avantime –  This quirky, part coupe part MPV, designed and manufactured between 2001 and 2003 was never sold in Ireland

Renault has hit a bit of a bum note with the posterior styling of the current Laguna hatchback. This week we look at some of Renault’s other styling hits and misses over the years.

It’s not often that carmakers come out and criticise the styling of their own cars but that’s just what Renault did last week. Chief operating officer at Renault, Carlos Tavares, has criticised the styling of the Renault Laguna hatchback for being bland.

According to Tavares, the knock-on effect of this bum styling could be putting buyers off the other cars in the Laguna range like the coupé and estate. “It’s possible that because the rear of the hatchback is a little bit strange, this has damaged the potential of the other cars,” he said.

The rear of the current Laguna hatchback is innocuous enough compared to the posterior styling of some of the other models that Renault have produced over the years – calling it “strange” seems a bit harsh in light of some of Renault’s  other past models.

Who can forget the bootylicious bottom of the previous generation Megane hatchback? The rear of that car just looked awkward compared to the rest of the car. It was as if the designers lost interest, drew a few lines, went for lunch and never got back to the project.

The launch of the car was accompanied with an advertising campaign to the backing track of Groove Armada’s “I See You Baby (Shakin’ That Ass)”, which indicated that Renault were all too aware of the Megane’s controversial bum, but still thought it was something that should be celebrated.

Then who can forget the Renault Avantime sporting the same awkward looking round bum as the Megane except this time instead it was stuck on an MPV masquerading as a coupé, rather than a hatch.

Renault has had some styling hits and misses especially arpound the early Noughties with the Megane, Avantime and Vel Satis, but largely the brand has got itself back on track with the current crop of models, with the Clio, Captur and Megane Coupé being current styling successes of the Renault range. The coupé version of the Laguna is a handsome devil with a nod to Aston Martin DB9 styling (yes really!)

Renault wants to inject some character into the next Laguna in line with the new Clio and Captur. While we are all for adventurous styling and fluid lines, people who buy large saloons tend to be a conservative lot. How much style can you inject into a car this size? Somehow a two tone body colour exterior and an options list the length of your arm just probably won’t cut it for the average Laguna buyer.

Our Much Loved Saloons