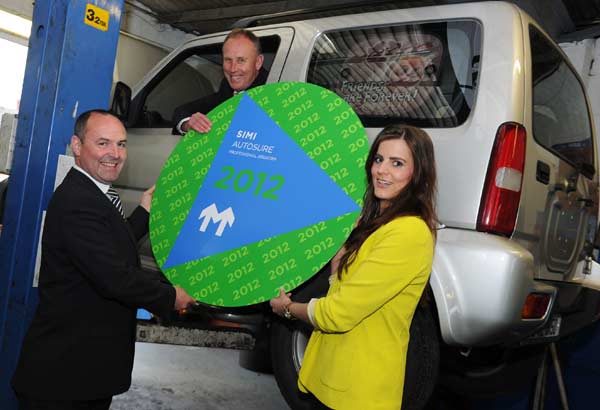 According to a recent survey, two thirds of motorists are putting off getting their car serviced because they cannot afford it. Those that do often rely on untrained and illegal operators who seem to offer a bargain. However the SIMI warn that often the work carried out by such operators is to such a poor standard that it may leave a car in a dangerous condition and the owner out of pocket when something goes wrong.

According to Gerry Caffrey, President of SIMI, “There are a lot of drivers out there who don’t get their car serviced because there’s nothing visibly wrong with it.  Many wait until something serious goes wrong, such as engine or a brake failure. That’s when it’s often too late and the cost to fix the vehicle far outweighs the cost of the initial service.”

To ensure better standards of servicing and more protection for the motorist the SIMI today launched the SIMI Autosure Professional Register (SIMI APR).

Under the SIMI APR scheme a quotation is given in advance and it becomes apparent that extra work or parts are required, the garage should always contact the customer first before proceeding with the work. If there is an issue with any work carried out by an SIMI member garage, customers can avail of the free, independent complaints service on offer by the SIMI. The customer will receive an information leaflet after the service has been carried out and information on the specific work carried out on their vehicle.

After the service work is signed off by a qualified technician, an SIMI APR sticker with the current year will be placed on the window of the car, to show that it was serviced to the highest possible standard. A record over time of adhering to such professional servicing should also ensure a much greater value on the vehicle when the time comes to trade it in.

Motorists should look out for the SIMI APR logo when they go to get their next service.

Tips for Buying a Used Car