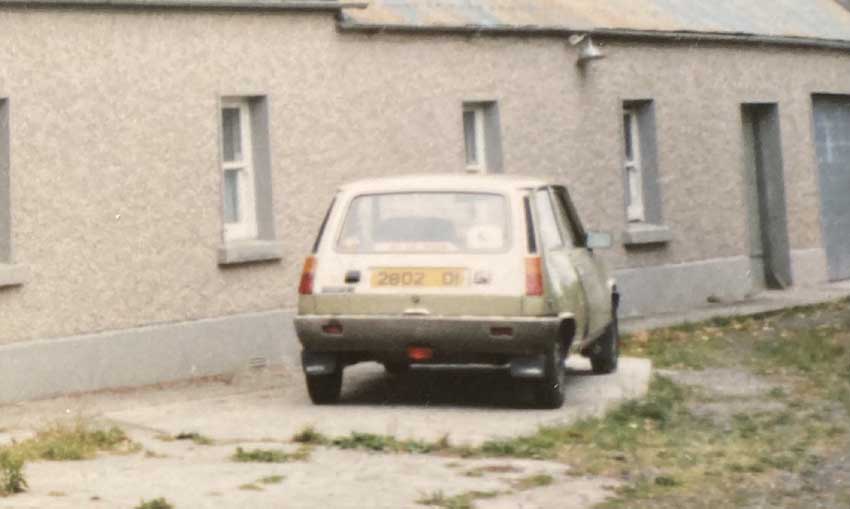 Siobhán Cronin, News Editor of the Southern Star tells us all about her first car

What was your first car and why did you buy it?

It was a little lime green Renault 5 which I bought in Ballyfarnon, Co Roscommon, in 1989, having just started my first job – as a ‘roving’ reporter with the Leitrim Observer.

Would you describe yourself as a car enthusiast?

Well, I have always loved cars. As a child I never had many dolls but I had a big box of Corgi and Matchbox cars which I still had until very recently! And when I watched American TV shows I was always more fascinated by the cars the detectives drove, rather than the characters.

How did it change your life?

Having spent the first few weeks of my new reporting job getting lifts off solicitors and court clerks to attend courts all around Leitrim, Cavan, Sligo and Roscommon, I was so excited to have my own ‘wheels’. I also was able to ditch the two-stage bus or rail journey from Leitrim home to Cork once or twice a month, and have the comfort of my little Renault, ‘Robbie’ – complete with the Goodmans tape stereo system, of course!

What was the longest trip you took in the car?

Probably those regular journeys from Leitrim to Cork and back which, in the 80s, took about 5 hours each way as there weren’t as many motorways or town by-passes. Mind you, the roads south from Portlaoise and Athlone still aren’t a whole lot better.

What was your best memory or most memorable moment in the car?

I wasn’t long driving and had parked right outside the gates of the courthouse in Ballinamore, Co Leitrim one morning before the court. To my horror, I hit the accelerator instead of the brake as I was stopping, and my car proceeded to jump forward and create a domino effect with all the cars parked on the little hill there, all the while being watched by what seemed like every garda and solicitor in Co Leitrim, who were all chatting outside the courthouse. I did a small bit of damage to several tail-lights. I left a note on every windscreen with contact details, but nobody ever rang me. I think all the owners probably saw it happening and felt sorry for the cub reporter with the L-plates.

What was your worst memory associated with the car?

See above! And also, having to finally admit it had served its purpose and I needed to move on and leave little Robbie behind.

How long did you keep your first car?

About three years, I think, which is probably my average with most cars. I moved onto a really sexy little white Mitsubishi Colt which, in those days, was almost a coupé and a much sleeker-looking car than its more recent descendants.

Which car do you most regret selling?

I have had three Hyundai coupés in a row, and I still love them, but after a bad crash on a wet road and some loose gravel outside Dunmanway in Co Cork some years ago, I wrote off the third one, a beautiful blue one. After that, I opted to be a bit more sensible and I now drive a very grown-up Qashqai.

What is your dream car, money no object?

A Jaguar F-type is like the grown-up Hyundai coupé, but I’d be happy with a brand new electric blue Audi TT.