Six of the most spectacular landscapes you will ever drive through 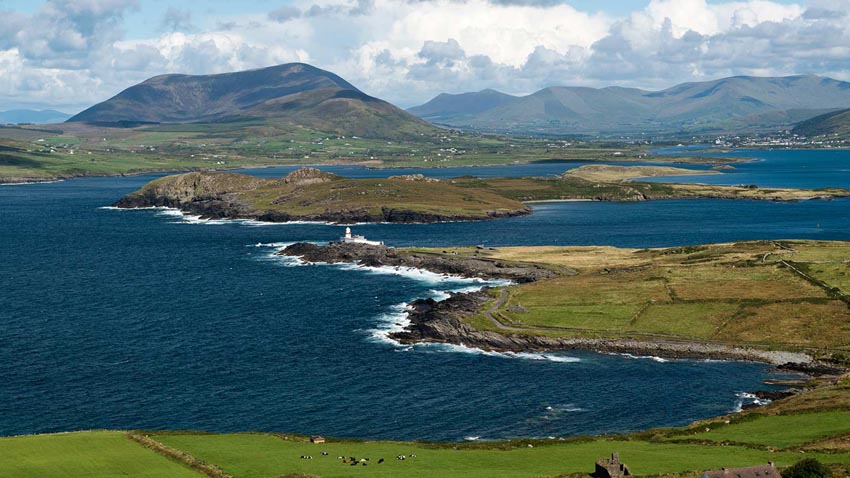 From twisting coastal routes to rugged mountains and scenic fjords, here are six of the best driving routes around the world for epic landscapes and ocean views writes Geraldine Herbert

Stretching from the northern Inishowen Peninsula in County Donegal to the southern town of Kinsale in County Cork, the Wild Atlantic way is the longest defined coastal route in the world. The twisting coastal drive sneaks through winding narrow roads and is both beautifully desolate at times but yet richly adorned with contrasting landscapes and breath-taking sights including the Ring of Kerry, the Dingle Peninsula, the Cliffs of Moher, the Burren and Connemara. To complete the entire route would take around seven days but if time is limited start in Donegal and discover the numerous delights of a location that recently topped the National Geographic Traveller’s Cool List for 2017. From Bunbeg travelling south past the windswept and rugged headlands, meander your way down to Slieve League, one of the highest sea cliffs in Europe, soaring 600m above the Atlantic Ocean, and then head east along the dramatic coast to Donegal town.

With its dramatic rocky coastline, Iceland has lots to offer in terms of scenic drives and the Ring Road, a 1,332km route, encircling most of the country, shows everything from the bubbling geothermal springs, tumultuous waterfalls and black sands to icebergs, glaciers, rugged mountains and scenic fjords. If you are lucky you may even catch a glimpse of the Northern Lights. Tour the coastline heading clockwise from Keflavik airport and returning there. It will take around 10 days’ driving but it can be done in as little as four. Iceland is best enjoyed in the summer when the weather is good and it’s the time of the longest hours of daylight. Icelandic winters are to be avoided as volcanic rock, snow, water and ice conspire to produce some pretty challenging conditions for any vehicle. 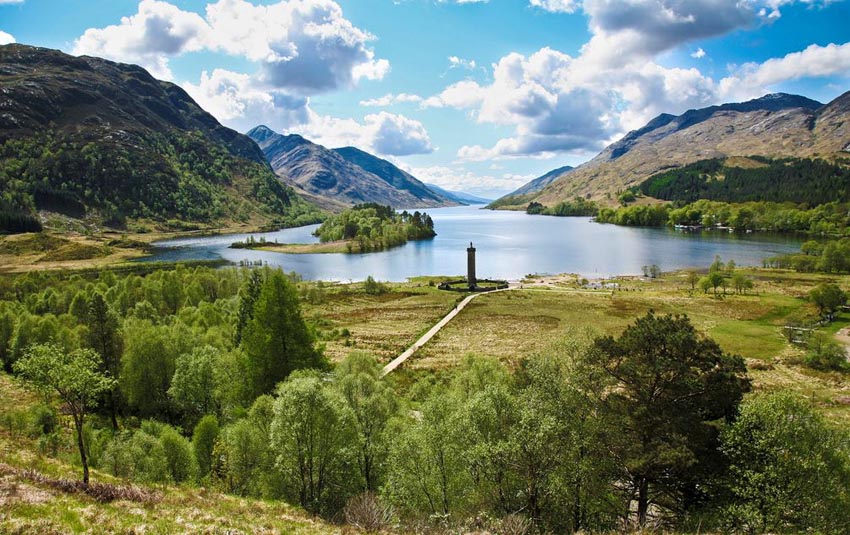 Driving from Fort William to Inverness is a real Highland adventure. This remote route is part of the Caledonia Way and takes in some of Scotland’s most spectacular landscapes. If you are in no rush once you reach Fort William, it is the perfect base from which to explore, or just as inviting is the drive from Invergarry to Skye where sweeping bends, stunning views  and five lochs can be taken in on route. The drive to Inverness winds through Glen Nevis, one of the most picturesque Highland glens. From Invergarry, located at the foot of Glengarry, jump on the A82 to the scenic southern end of Loch Ness where the charming village of Fort Augustus stands. Close in on Inverness and enjoy the cultural capital of the Scottish Highlands. 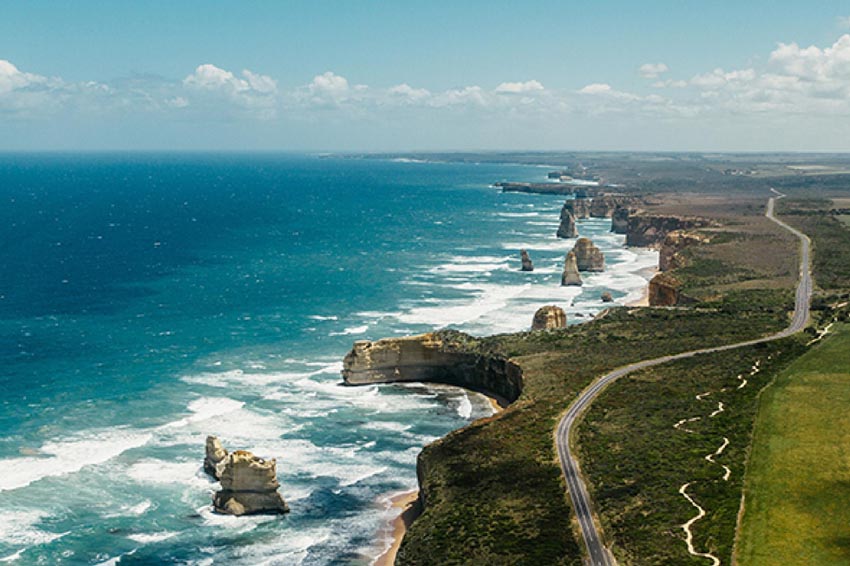 Just a little over an hour southwest of Melbourne is the Great Ocean Road. The stunning coastal scenery sweeps past imposing rock formations, through forests and the hinterlands of Torquay and Allansford, making it one of the world’s greatest coastal drives. The route is also the world’s longest war memorial, carved from solid rock by World War One servicemen and was completed in 1932. Today it is dedicated to the memory of their fallen comrades. The route starts 74km from Melbourne and while it may be driven in less than half a day, if time permits plan to spend a week exploring the wild coastline. Not to be missed is the famous Twelve Apostles rock formation, near Port Campbell, created by constant erosion of the limestone cliffs over a period of 20 million years. 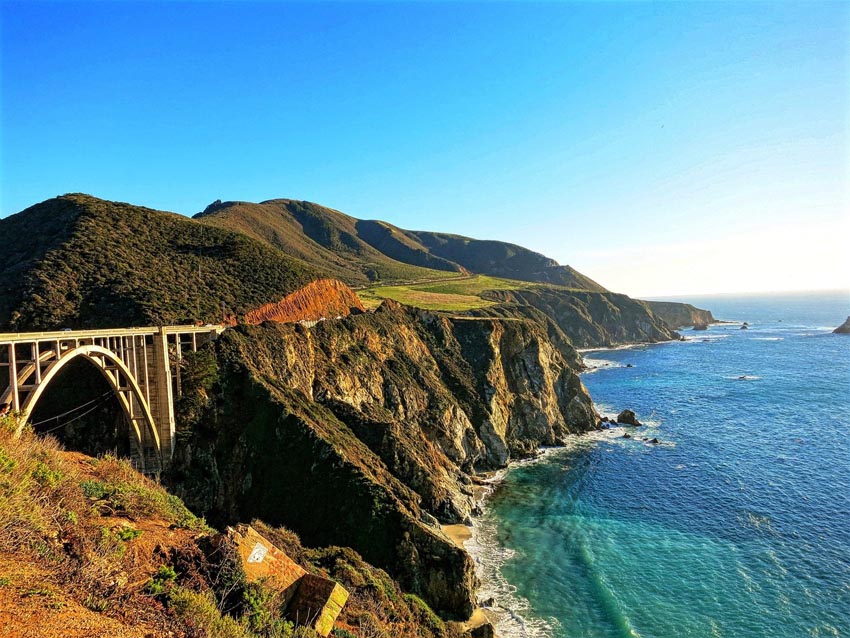 There is no better way to explore California than a classic road trip and the best is Big Sur, a rugged stretch of California coastline between Carmel and San Simeon. There are no landmarks, specific boundaries, or towns marking your arrival or departure; rather it is a strip of land running between the Santa Lucia mountain range and the Pacific Ocean. Hidden beach coves and steep cliffs feature on the route and truly capture the natural, wild beauty of this vast country. Drive along Highway 1, stopping at Bixby Bridge for one of the best views along the Big Sur coastline, or take time out to visit Hearst Castle, the former home of American newspaper magnate William Randolph Hearst, who was the inspiration behind the Citizen Kane movie. Unfortunately the storms of May 2017 devastated parts of Big Sur and only recently it has been possible to complete the entire coastal drive. 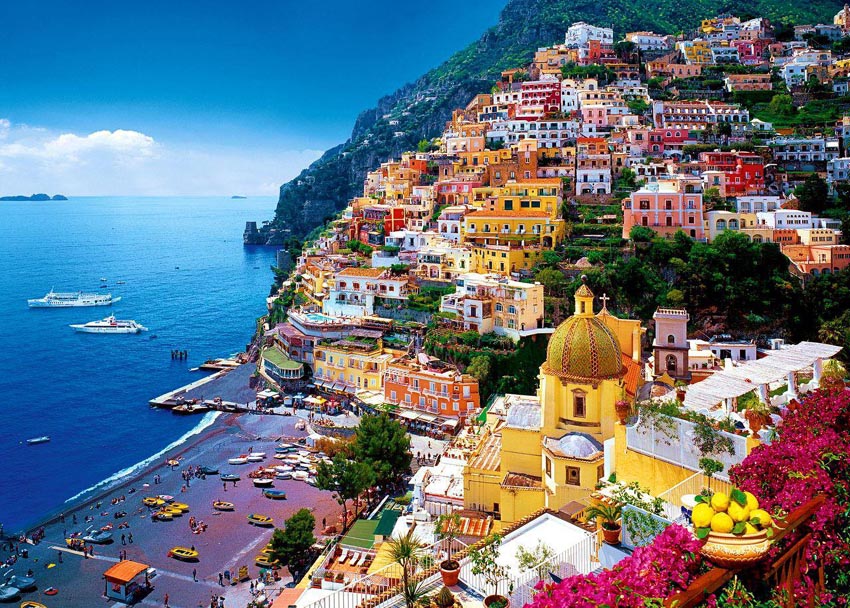 The Amalfi coastline near the Italian city of Naples runs from Sorrento to Ravello, via Positano, Amalfi and Praiano. The road between Sorrento and Salerno is one of the most famous. Located along the Sorrento Peninsula, Italy’s Amalfi Coast is for confident drivers and can be both stressful and dangerous but amid the narrow curves, hairpin bends and rugged slopes you get a constantly changing landscape and the most spectacular coastline in Italy. The cliff-edge route starts in Sorrento and continues on to Positano, one of the most picturesque of the 13 small towns that comprise the Amalfi Coast. The iconic Church of Santa Maria Assunta, one of Positano’s oldest landmarks, is worth a detour. Leave Positano for the medieval town of Amalfi and from there wind the 5km up through a tunnel and into Ravello. The final stop is Salerno, a busy port town.

World Cup 2018? How to stay sane and survive the World Cup

Short Breaks for all the family