Skoda Superb wins the top prize from the APMP 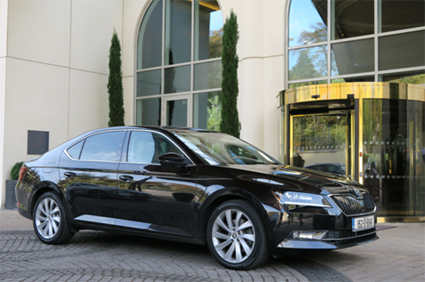 The Association of Professional Motoring Press has today announced the winners of the APMP Car of the Year Awards 2016.

The Powerscourt Hotel in picturesque County Wicklow was again the venue for the second annual professional press awards, voted on by Ireland’s most widely read motoring journalists. In an exciting year for new car launches, the cream of new machinery was judge using numerous criteria and votes cast.

The jurors from all forms of media including print (national and daily and Sunday newspapers), radio (local and national), TV and online voted for category winners firstly and then used a single vote to nominate their Car Of The Year from the category winners list. The open and transparent voting system is a key part of APMP’s operation.

A total of 10 individual category awards were presented including the overall APMP Car of the Year 2015, which went to the Skoda Superb.

Category winners: (Click on the links to read our review of each car)

City Car of the Year – Audi A1

Small Car of the Year – Mazda2

Coupé/Cabriolet of the Year – Mazda MX-5

APMP Irish Car of the Year

New Champion for Motorists in Ireland