Supercars of the Geneva Motor Show 2016 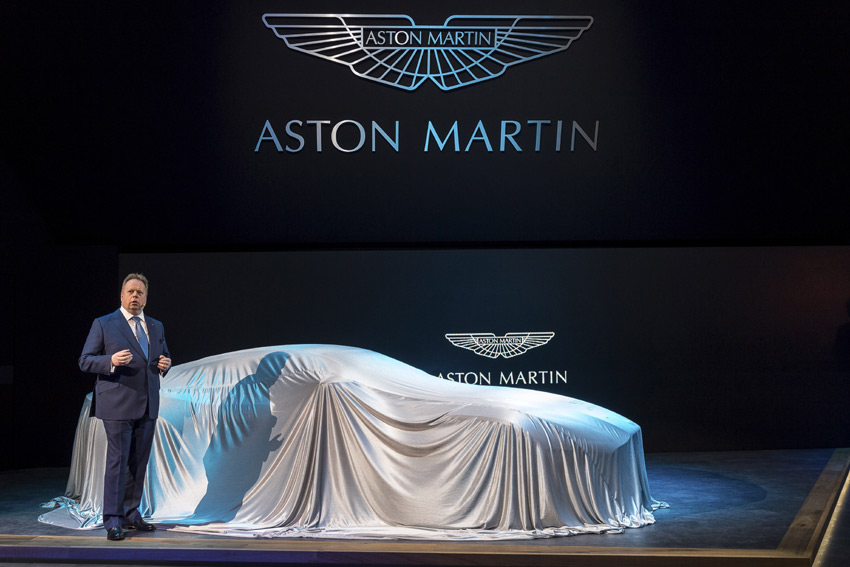 Aston Martin unveils the DB11 at the Geneva Motor Show

Bugatti Chiron
The successor to the world’s fastest production car the Bugatti Chiron was unveiled. It can reach 100km/h in an incredible 2.5 seconds and has a top speed in excess of 420km/h.  The Chiron replaces the Veyron, which set the record for the world’s fastest car and is expected to eclipse the 431km/h record with an even more powerful model next year. In fact it is so quick, Michelin had to create special tyres designed to cope with such high speeds. The W16 engine has almost 1500 horsepower and a staggering 1600Nm of torque. The new model will cost an estimated 2.4 million-euro and just 500 will be made. 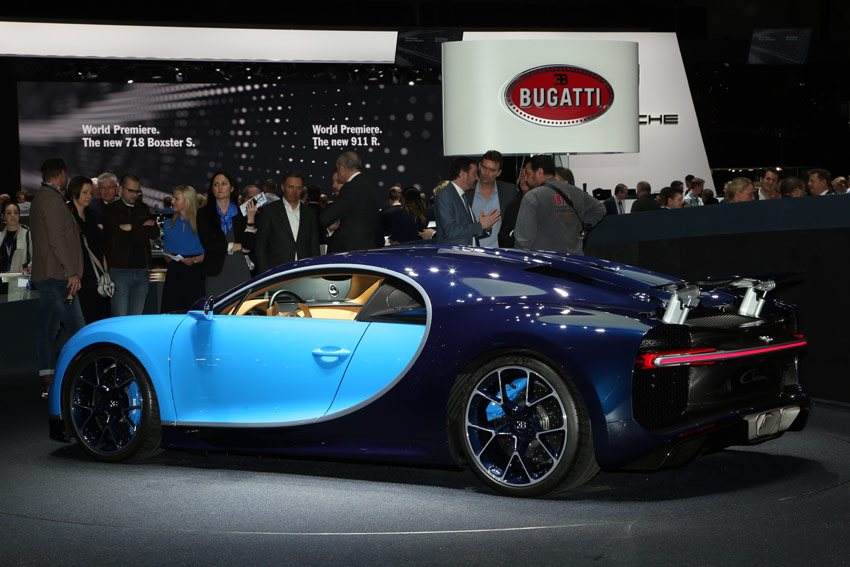 McLaren 570 GT
McLaren’s 570GT uses a carbon fibre chassis and reaches 0 to 100 kph in 3.4 seconds. It has a top speed of 386km/h. The luxury car marquee also revealed plans to invest €1.3 billion developing 15 vehicles over the next six years including its first electric vehicle.  Mike Flewitt, chief executive, of McLaren said the company would  double in size by 2022. 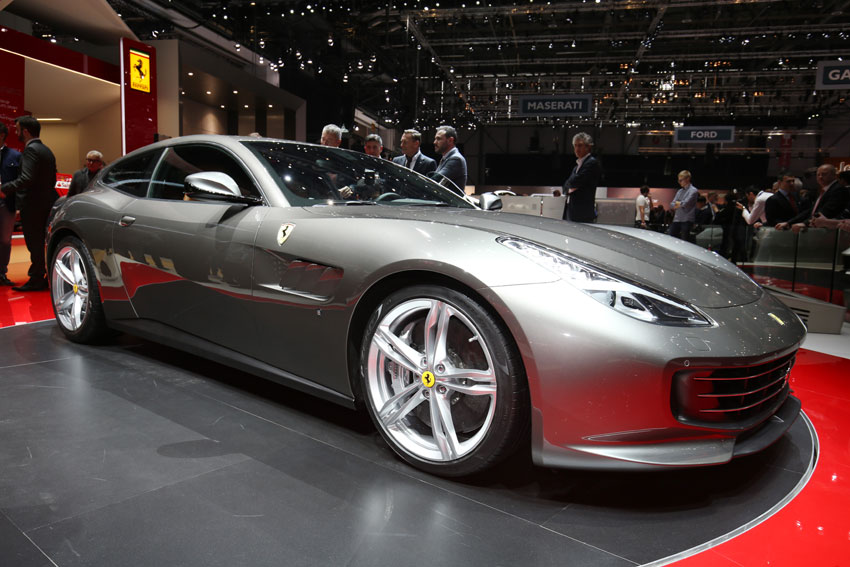 Ferrari GTC4Lusso
The Italians also have fiery new motors to show off.  A grand tourer with an astonishing top speed of almost 335 Km/h was unveiled by Ferrari, the GTC4Lusso. Ferrari executives were keen to stress that this is more than just a facelifted FF. Powered by a 6.2-litre V12 engine developing 680bhp the GTC4Lusso has a 0 to 100 time of 3.4 seconds. Pricing has yet to be confirmed though it’s expected to cost more than the FF, so more than €295k (ex taxes).

Aston Martin DB11
Aston Martin revealed the DB11, the first remake of the DB model in 13 years. The 5.2 litre, twin-turbocharged V-12 engine puts out 600 horsepower and  sprints from 0 to 100  in an astonishing 3.9 seconds. The top speed is 322km/h. According to Aston Martin the new car is not only the most important car that the company has launched in recent history, but also in its 103-year existence. 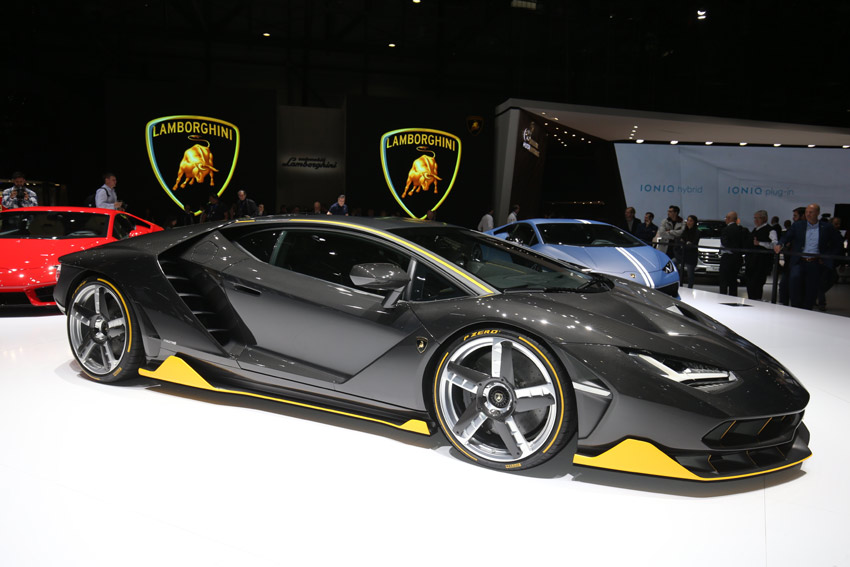 Lamborghini Centenario
Not to be outdone, Lamborghini’s unveiled the Centenario to commemorate the centenary of the birth of Ferruccio Lamborghini. The new supercar produces 770 horsepower from a naturally aspirated V12 engine and is made almost entirely of carbon fibre. It goes from 0 to 100km/h in just 2.8 seconds. Priced at an estimated €1.75 million all 40 Lamborghini Centenarios — 20 coupés and 20 roadsters — have already been sold.

Bentley Mulsanne
Bentley’s first bespoke stretch limousine was revealed at the show and now brings to three the number of distinct models in the Mulsanne range. At 6.57 meters the new model is just longer than the Mercedes-Maybach and becomes the world’s longest passenger car. It is also 100cm longer than a standard Mulsanne, the roof has also been raised by just under 80mm.  Naturally, it’s stunning inside, no one does interiors quite like Bentley and its a opulent blend of modernity and old-world craftsmanship. 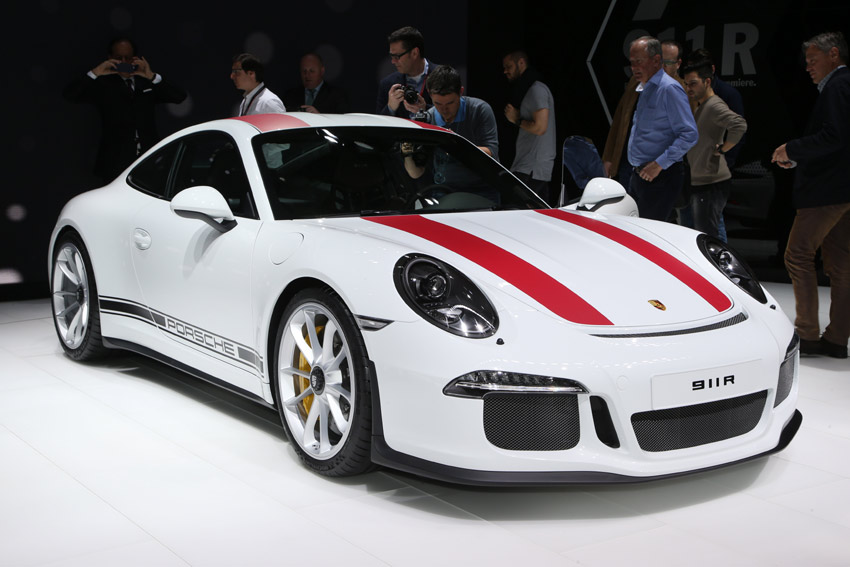 Porsche 911 R
Finally, Porsche has a new 911 R. Powered  by the same 493bhp 4.0-litre flat six as the RS, it is 50 kg lighter than the GT3 RS  and is the lightest 911 in the range. Designed for the ultimate stripped out driving experience for many Porsche fans this is the car they have wanted for a long time.

Geneva Motor Show A to Z