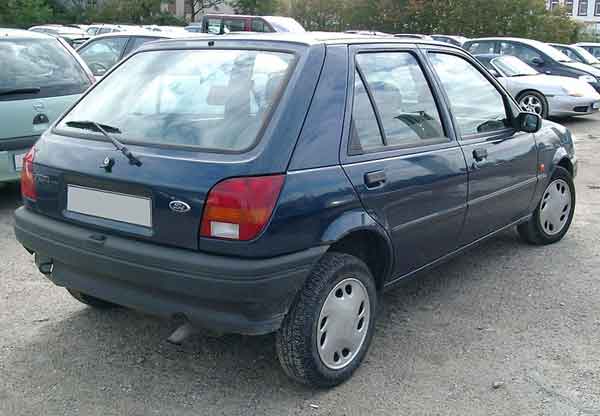 What was your first car and why did you buy it?  My first car was a black Ford Fiesta 1.1 mark 3, with a C reg, the reason I bought the car was because I had dreamed of driving from the age of 15 & after my lessons literally could not wait to get motoring!  I loved the fiesta the second I saw it, it was black & at the time “the newer model” I was 21.

What did you pay for it? It was 2850 pounds, at that time second hand cars still held value, I bargained the seller down by about 50 pounds!

How did it change your life? The car changed my life in so many ways, freedom being the biggest change, every night I would drive around the city for about two hours listening to music with my sister and chatting, also it was the only place in the world where I could sing in peace! It meant no longer having to rely on public transport or other people for lifts & I got to engage in my absolute favourite thing on a regular basis which is in fact driving!

What was your best memory or most memorable moment in the car? I suppose my most memorable moment in the car was when I arrived safely to my brothers house in the west of Ireland, I was living in Dublin & had just broken up with my boyfriend and needed some head space, I was driving for only 4 weeks at the time and was extremely nervous at the prospect of driving from the east of the country to the west, without a Sat Nav I might add!  The journey took 4 hours and although I was nervous, I felt a massive sense of independence, plus I didn’t get lost!

What was your worst memory associated with the car? My worst memory was when the wheel on the right hand side came off as I turned up a hill into a housing estate.  There had been a knocking in the steering wheel for quite some time & I was told time and again to have the ball joint checked. I never in a million years believed the wheel could actually come off, I remember hearing a noise and a guy shouted over “excuse me your wheel has come off” I got out in a panic and saw the damage, at the time I had no money, my insurance was up the following day and tax was due, I was ill advised at the time to give the car away for scrap, which regrettably I did.

How long did you keep your first car?I kept the car for about two and a half years & missed it terribly when it was gone.