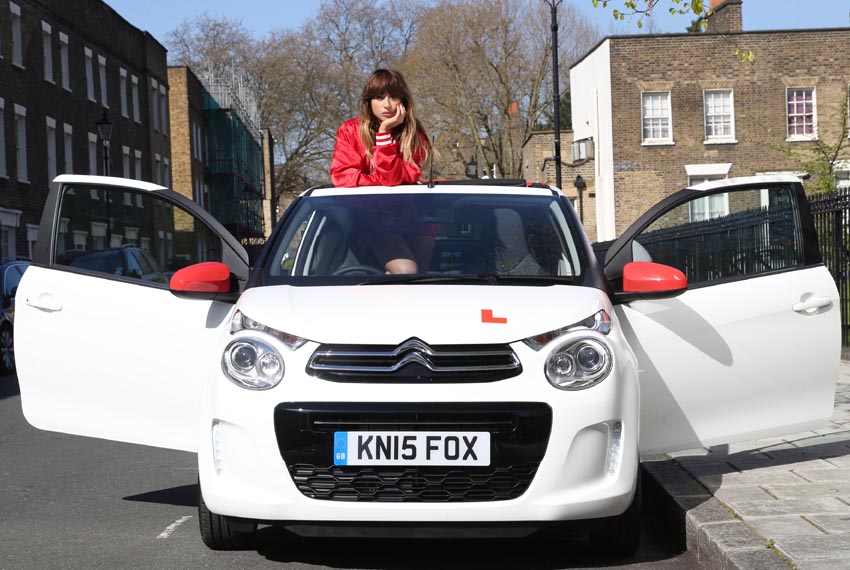 Learning to drive can be a daunting experience writes Geraldine Herbert

Ireland was basking in heat wave temperatures, Mel Gibson was striking a blow for Scottish independence in the box office and one of the biggest rivalries the music world has ever see was taking place in the charts as Blur and Oasis battled for the coveted number one sport. It was the summer of ‘95 and the summer I passed my driving test.

Getting a licence has always been a rite of passage and the association of cars, freedom and coming of age has been glorified in classic films through decades. For me, it meant liberation and the promise of the open road.

Whether you sailed through your test first time or it took many attempts to dispense with your L-plates, everyone remembers passing their test but most of us forget just how intimidating and confusing learning to drive can be.

The Cost of Learning

Cars may represent freedom but the cost of learning to drive is for many the very opposite, a burden. Driving lessons themselves constitute a significant part of the initial outlay. The once money saving practice of learning to drive with mum or dad is no longer an option. Since April 2011 learner drivers must undertake an Essential Driver Training (EDT) programme; 12 compulsory one-hour driving lessons that aims to teach fundamental driving skills to learner drivers. The EDT programme must be completed with an approved driving instructor (ADI) 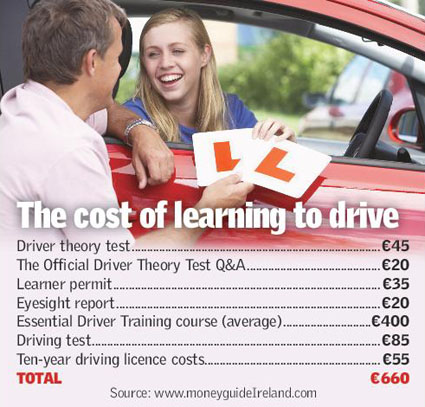 Joe Leddy, a 6th year student from Castlebar passed his test in October 2017, He believes that 12 mandatory lessons are both excessive and unnecessary costly

“A fixed number can be too much for some, and not enough for others. I think the mandatory 12 lessons is just taking a guaranteed amount of money out of your pocket”. Says Joe “It costs several hundred Euros just to get the license and that’s not even considering insurance while you need to practice just to get experience”.

And it’s not simply the cost of learning to drive that causes concern for learners like Joe. Motorways are Ireland’s safest roads while rural roads are the most dangerous yet learner drivers receive no lessons on how to cope with Motorways or how to drive at speed.

“During the driving test you never leave the 50km per hour limit zone so you aren’t tested in other areas like 100km roads” says Joe “the ability to drive on the motorway should be incorporated into the whole learner driver process”.

“The pressure to pass is immense and the cost of provisional insurance piles on the pressure even more” says Vanessa, “the cost of car insurance in general is staggering but it is such a hurdle for first time drivers. Being quoted anything from €3,000 – €5,000 plus lessons, plus the cost of a good car, plus tax, petrol and maintenance is just too much for some young people” .

In addition the length of waiting times to sit a test only adds to the costs.

“The length of time it can take to get a date for your test doesn’t make the learning process run very smoothly“so many young people can’t afford to learn to drive and are missing out on opportunities because the whole process can take so long”.

Currently the RSA target waiting time is 10 weeks but depending on location and test centre preference, times can vary considerably and can be as long as 22 weeks in some centres. However new tougher restrictions could be on the way soon for learner drivers who drive unaccompanied and that is likely to increase waiting times.

Proposed amendments to the Road Traffic Bill could see owners face a fine of up to €2,000 and have their vehicle seized if a learner driver is caught in it unaccompanied. The proposal is in response the number of unaccompanied learner drivers dying on our roads, from 2014 to 2016 of the 35 learners involved in fatal collisions, 25 were unaccompanied.

A final year student from Wicklow, Sophie O’Loughlin is keen to pass her driving test first before heading off to London later this year to take up a place in Imperial College to study aeronautical engineering

“I decided to learn to drive because I live in the middle of nowhere in Wicklow and if I want to go anywhere other than town I’m reliant on my parents for lifts” says Sophie.

Despite having had a good few lessons Sophie has found learning to drive more challenging than she first expected.

“The 12 lessons curriculum doesn’t work for everyone because it asks you to learn quite a lot in a very short amount of time. Also I don’t have a car of my own, and both my parents’ cars are automatics, so I’ve no way of practising between lessons. I’m finding learning to drive quite difficult- it feels a bit like I’ve been thrown in at the deep end and just expected to start swimming”.

But does the driving test prepare new drivers for driving on modern roads? Despite significant improvements in making our roads safer for learners with the introduction of laws governing new drivers such as N-plates and lower alcohol limits, research by the RSA indicates that novice drivers are most likely to be killed on our roads in the first two years after passing their test. In the UK they have revised the test to make it more focused on the key skills required in day to day driving. Now included in the test are vehicle safety questions, reversing around the corner has been abandoned and now the learner will have to demonstrate the ability to use sat-nav.

Moira Benson a driving instructor based in the UK welcomes the changes.

“but there were other reasons, often when an examiner says ‘take the next road on the left’ the candidate had a response by thinking ‘here’s where I check my mirror’ but by removing that verbal trigger by making the learner take instruction from the Sat Nav syst em it makes mirror checks self motivated rather than reactive”

Driving is a great freedom, but it’s also a serious business and potentially the most dangerous thing we do on a daily basis. Learning to drive is much more than passing the test, it is a skill transmitted by experience that requires continuous self-assessment and improvement. So we should cut our learner and novice some slack and remember we are still learning.

How to ensure Learner Drivers are safer on our roads