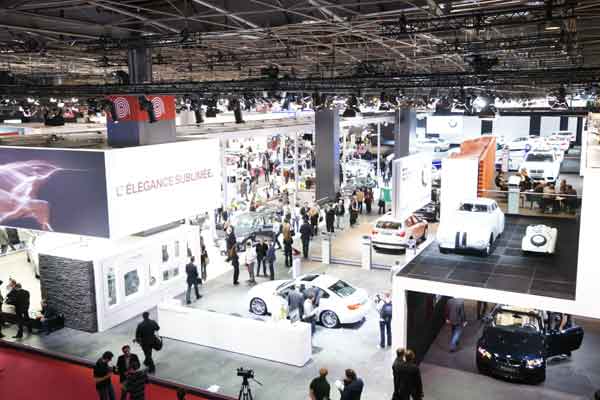 Paris may be the fashion capital of the world but on Thursday, it’s all about the cars. Our A-Z guide to the Paris Motor Show gives you the best of what you can expect.

A:    Adam – A funky new city car, the Opel Adam is the latest addition to the Opel family and will arrive in Ireland early 2013.  Aiming to lure trendy urban types trim options include Jam, Glam and Slam.

C:   Concept cars are all about pushing boundaries and showcasing new and radical designs. Lexus will show off its it’s LF-CC – Future Compact Coupe and gives a strong hint as to how the next-generation IS model will look when it launches new year.  At the BMW is their Concept Active Tourer that certainly marks a radical departure for the Bavarian Car maker;  front-wheel drive with a compact MPV body style. At the Peugeot stand a 2008 concept will be on display. 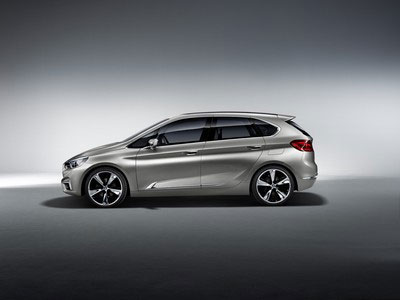 D: Debuts – At this stage the list  of debuts is still growing. Our list of both  concept and production cars  is here.

E:  Electric Vehicles –  Check out the Toyota stand to see the iQ EV, the most compact production model EV on the market, which boasts a driving range of 85km and super fast recharge.

G: Green Light- A host of cars were given the green light for full production in the run up to Paris including the Peugeot 208 GTi and Mini’s Paceman.

H: Hatchbacks – Coupes include the i30 from Hyundai and the Pro_cee’d by Kia while  hatchbacks at the show  include the new Toyota Auris  and VW Golf.   Peugeot are showing off their  208 GTi . Honda will show off their new CR-V model  and a 1.6-litre turbodiesel engine for the Honda Civic.

I:  Irresistible – Has to be Maserati’s beautiful  Gran Cabrio MC Stardale.

J:  Jaguar –  Undoubtedly a lot of attention will focus on Jaguar’s new convertible sports car, the F-Type,  the most important new Jaguar for years. 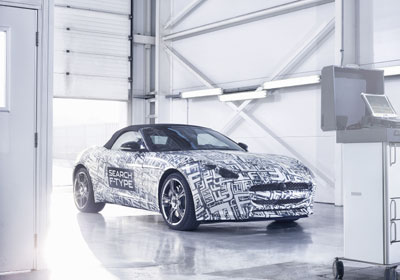 K:  Kia  are showing a host of new models including a brand new Carens,  face lifted  Sorento SUV and the sporty-looking three-door Pro_cee’d  that will go on sale here at the end of this year.

M:  Mazda’s  interesting ‘Kodo’ design will be shown off to its full potential with the gorgeous new Saloon and Estate versions of the Mazda 6. Proving beauty is not just skin deep there are also host of new fuel efficient technologies at work underneath that stunning metal.

N: Nissan’s Terra concept car has three electric motors, which are powered by a hydrogen fuel cell stack located under the boot floor. No power and performance figures have been released yet.

O: Onyx – This low-slung diesel-hybrid racer is one of the most original around and promises to be one of the highlights of the Peugeot stand. Radical and striking, the Onyx, created in conjunction with Peugeot Sport, is mid-engined, rear drive with a 600hp hybrid V8 engine.

P:  Performance – Audi is launching its new high-performance S3. This four-wheel drive hatchback will feature a 296-bhp version that  according to Audi dashes from 0-100km  in 5.1 seconds. Over at the Mini stand, the John Cooper Works GP, Mini’s fastest ever production car will also be on show. 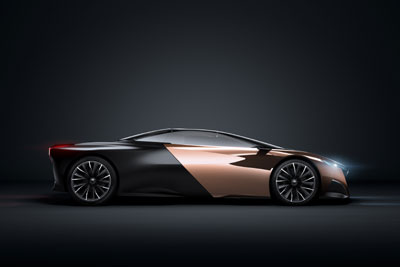 Q: Quirky –  Part Electric SUV, part mobile cinema, the Smart ForStars will feature a unique drive-in-cinema experience. Sporting an integrated projector the smart ForStars can transform any plain wall into an animated open-air cinema. The projector connects to a smart phone via Bluetooth with additional loudspeakers in the ventilation openings behind the doors.

R:  Rumours abound before Paris every year and this year is no different …… all will be revealed on Thursday.

S:  Surprises, bound to be a few but not as many as usual and certainly we can expect a lot more restraint in these harsh economic times.

T:  Teaser –  Perhaps the show’s most unusual teaser doesn’t actually involve a car but a sculpture. Mercedes-Benz is presenting ”an artistic glimpse of the design of the luxury saloon of the foreseeable future” as a teaser for the next-generation S-Class. A production version is likely to be seen at the 2013 Detroit motor show in January.

U:  User-friendly – Could best describe the all new five door Renault Clio that is packed with all sort of high tech gadgetry combined with practicality.

V:  Volkswagen – The seventh generation Golf will surely be the star of the VW stand. A staggering 29 million Golfs have been sold in the 36 years since it was launched. Meanwhile Volvo is targeting BMW X1 and Audi Q3 with their V40 Cross Country. Based on the excellent V40 it has higher ground clearance and has been given an SUV makeover.

ZZZZ: You’ll need a few after the show.

Smart is Reaching for the Stars