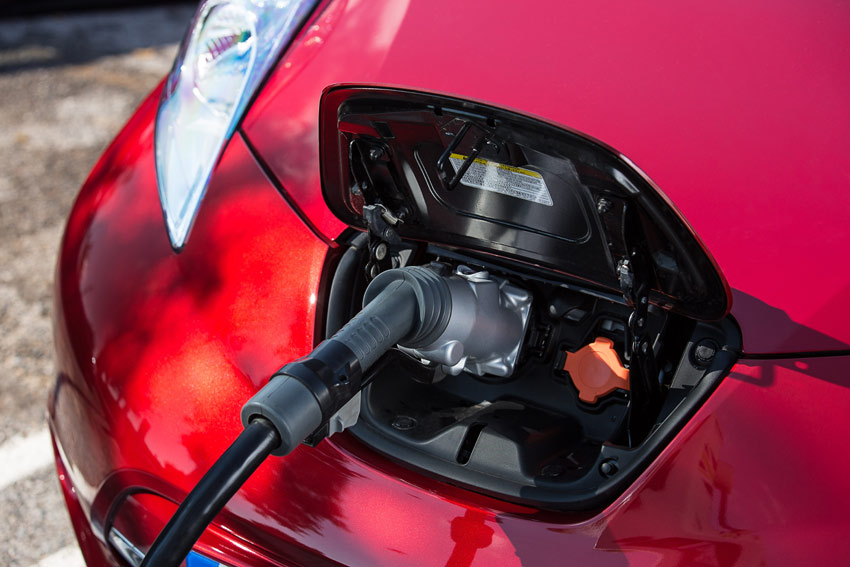 From an initial investment of €6.3 million  in 2004 Elon Musk, the billionaire co-founder of PayPal and CEO of Tesla,  has managed not only to produce the fastest and most desirable electric car in the world but he has elevated the lowly milk float electric car to something both cool  and commercially viable along the way.

The driving force behind Musk is the belief that the fossil-fuel era is over; the combustion engine represents 19th-century technology that has outlived its usefulness. The motor industry, he argues, however has too much invested in its survival at this stage to admit its limits and imminent demise.

By 2020 Tesla plans to deliver 500,000 cars, it’s an ambitious one given that only seven years ago the company launched their first production car, the Roadster.  In Ireland we have similar ambitious hopes for 2020, according to a Government plan, 10% of all vehicles on our roads will be powered by electricity.

But sales last year do little to inspire confidence only 392 electric cars were sold, a figure down almost 16% on the previous year despite an increasing choice available to buyers and a host of incentives by the government. Failure to meet the renewable energy targets could see the government faced with fines of up to €130m.

In a bid to cut air pollution, four major cities  Paris, Madrid, Mexico City and Athens  plan to ban diesel vehicles by 2025.  From last month French motorists in high pollution areas will be required to display a “clean sticker” on their vehicle from January. The sticker will indicate the age of the vehicle, engine type (petrol or diesel) and cleanliness rating and is a move to combat pollution blamed for 2,500 deaths a year in Paris and 5,500 across France. Vehicles failing to display the stickers will be banned from low-emission zones in Paris and other cities in bid to combat smog. As part of their anti-pollution plan the French government is also introducing financial incentives to encourage  electric vehicles. A bonus of up to €10,000 will be given to businesses that scrap their old diesel light commercial vehicles or taxis for electric ones, €1,000 bonus will be given to those buying electric scooters and there are also plans to make motorway tolls exempt for electric cars.

In April, Germany, Europe’s biggest car market, announced a €1.2 billion fund to incentivise electric car ownership. Buyers of electric car receive a €4,000 rebate while those who opt for plug-in hybrids qualify for €3,000.

Norway is the world leader in electric cars per capita and has just become the fourth country in the world to have 100,000 of them on the roads. To achieve this they introduced a raft of generous subsidies to encourage people to go electric including, no purchase taxes, exemption from 25% VAT on purchase, low annual road tax, no charges on toll roads or ferries, free municipal parking, access to bus lanes, 50% reduction in company car tax and no VAT on leasing. In London, there are plans for a new ultra low emission zone where city charges will dramatically increase unless you are driving an electric car and Black cabs are going to go electric from 2018.  Elsewhere in Europe, Nottingham, Bristol, Dundee and Milton Keynes all offer free parking and use of bus lanes by electric cars.

In addition, the E.U rules on fuel economy mean that car manufacturers are also exposed to big fines and will have to sharply raise the amount of electric and plug-in hybrid vehicles in their fleets.

A  new joint venture between BMW, Daimler, Ford and the Volkswagen Group, have confirmed that they are joining forces to deliver a fast-charging network for electric vehicles across Europe. The initial target for the joint venture is to equip about 400 sites but the long term aim is to deliver as many as “thousands” of charge points by 2020. The development is seen as an important step in facilitating more widespread usage and ownership of electric vehicles.

It is clear that countries that have offered strong incentives to switch to EVs have seen rapid growth in their use and if the government stand any chance of meeting emission targets it needs to do more to encourage people to buy an electric vehicle. Measures such as use of bus lanes and exemptions from motorway tolls would all encourage a switch to EVs.

But the extent to which electric vehicles are adopted depends on a range of factors including the strength of the economy, the rate of new car sales and the cost savings associated with switching to electric vehicles. Choice is also a key consideration, Plug-In Electric Hybrid sales are up almost 150%  last year and hybrid sales are up 80% due mainly to the increasing range.

The onus is not simply on the government to encourage people to buy electric, the push to buy must come from within car dealerships. Showroom staff and the sales teams are central to ensuring that buyers, especially ones switching to EVs have the information and support they need to understand the benefits. Allowing longer test drives, over a couple of days would allow potential customers to become used to the different driving experience. Assigning dedicated salespeople as EV experts who could explain the benefits to potential buyers would also be positive move.

Carmakers and government should work together to address the challenges of promoting and selling these vehicles—to significantly reduce air pollution, oil use and lower CO2 emissions.