Three reasons to ride a bike 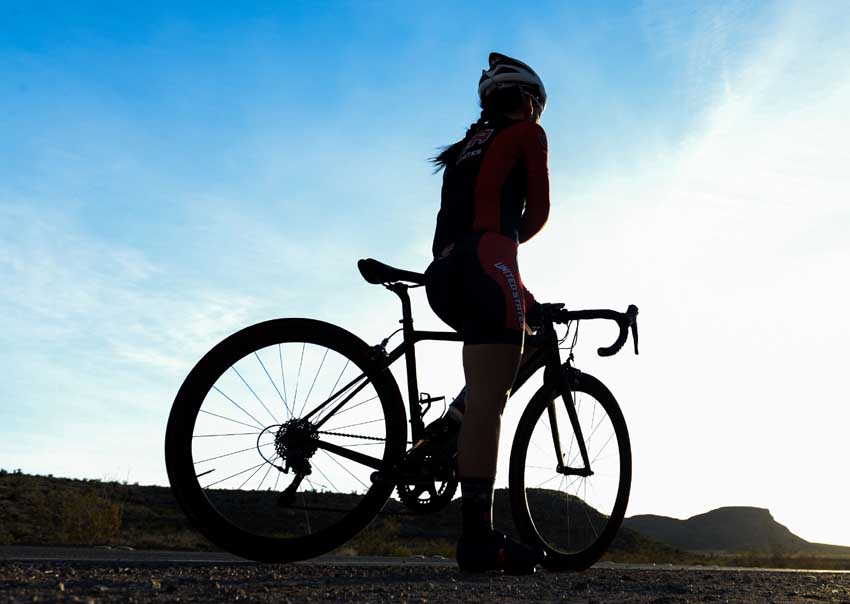 Don’t knock it until you try it, there are so many good reasons to get on your bike writes Ruth O’Connor

The statistics are in and they aren’t great. 75% of people who cycle every day in Ireland are men, according to the Department of Transport’s figures. So why are women less eager to hop on their bikes? Unsurprisingly, the reasons are the same reasons women are held back from so many things. Sexual harassment, safety concerns and intimidation are cited as some of the top concerns.
Unfortunately, these are issues that cannot and should not be addressed by the victim. Sexual harassment is resolved by the perpetrator changing, not the victim. Safety concerns are addressed by proper infrastructure and education being put in place by our Government. Intimidation is eradicated by aggressive people calming down for a moment and maybe sorting out their anger issues.
But if these are issues that are stopping us from getting out on our bikes, it can be frustrating waiting for change to happen when it seems out of our control. We can lobby the government; we can stand up for ourselves in situations where cat-calling and intimidation arise. But maybe we can also focus more on the reasons why we love to ride. This certainly won’t fix the problems, but maybe it can inspire us to get cycling in the meantime, while we wait for Government and society to catch up.

So, here are my top reasons to saddle up:

1. It’s cheap!
There’s no denying that driving a motor vehicle is an expensive way to get around. Fuel, tax, insurance, parking, maintenance – it all adds up. And while it’s unrealistic to suggest that we all wave goodbye to our motors, it makes economic sense for us to look at the bicycle as a viable mode of transport for the shorter journeys we embark on. I’m thinking the commute to work, the journey to school or to the shop – the regular trips we take, day in day out.

Apart from the initial cost of purchasing your bicycle (which can range from a second-hand freebie to a wallet-emptying carbon fibre set up), the costs involved in being a cyclist can be minimal. If you keep your bike clean and research some basic DIY bike maintenance, there’s no reason why you should be forking out big money to keep it running. Of course, we can spend a small fortune on gadgets and gizmos, specialised cycling clothing and all sorts of additions but at the end of the day, to get from A to B, a basic bike and a helmet are all you need.

TIP: If buying a bike seems totally cost prohibitive for you, try checking in with your local cycling club or bike shop. You might just be in luck and find yourself a used bike for next to nothing (or indeed, for nothing).

2. Freedom.
The pure joy and freedom that comes from whizzing down the road on your bicycle is utterly addictive. It’s just a great way to de-stress and unwind, never mind the bliss of freewheeling past motionless traffic on your way to work. But let’s not forget that the bicycle can also be a symbol of social liberation for women. Take the Suffragettes or the women of the Easter Rising or women in America in the 1890’s. Having the bicycle as a mode of transport enabled and empowered them to new levels of freedom. Being able to travel, independently of their male counterparts, was a total game changer. Only in 2013, despite ongoing backlash, women in Saudi Arabia were finally granted permission by law to cycle in public (albeit, only in certain areas) and there are amazing women setting up gender-inclusive cycling groups to try and encourage more people to get involved.

So, the bicycle is a symbol of freedom while also enabling women to be free. I mean, if that isn’t a reason to hop on your bike then I don’t know what is.

3. It’s eco-friendly.
It’s no secret that we are in the midst of a climate and biodiversity crisis that is pushing the earth to the limit. Human consumption has got us here and we have a lot to do to get out of the hole we’ve dug for ourselves and the rest of the planet. Unfortunately, we are relying on Governments and large corporations to do the heavy lifting to make realistic change (build cycling infrastructure, improve public transport, retrofit houses, invest in renewables etc).

We as individuals can do our part as well though. If you are privileged enough to be able to cycle, it is a great way to reduce your carbon footprint and your impact on the earth. This isn’t about totally overhauling your life and cycling from Dublin to Wexford. It’s about the day to day trips that we take. Maybe take the bike one day a week instead of the car. Maybe cycle to the shop to get milk instead of driving. Little changes all add up and you can trust that you’re helping save the planet while the wind is blowing in your hair.

Ruth is a horticulturist turned baker who loves nothing more than heading out on two wheels when she can. It began with necessity - cycling to work. But this was a revelation as Ruth discovered the freedom and joy that can come from going for a spin. As well as actively getting out on her bike, Ruth is a member of WEXBUG, an advocacy group for everyday cycling in Wexford. Her particular area of interest is encouraging more women to hop on their bikes. She is also a co-founder of Stokers Bike Collective - a bike-packing adventure group based in Wexford. You can find Ruth on Twitter at @ruthoconnorwex

On Yer Bike! A Guide for Cycling Newbies

Tips for getting out on your bike during “Lockdown”