A Timeless Masterpiece – The Alfa 156 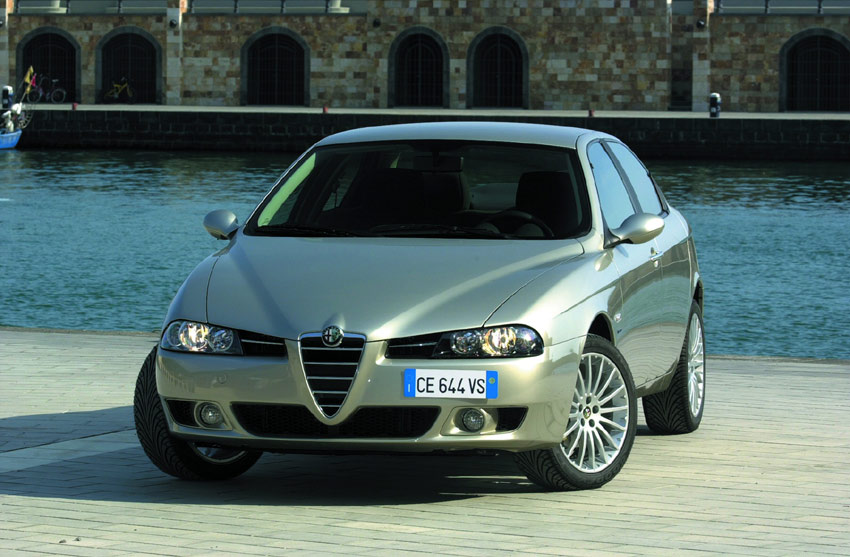 Every time I see one, I realise it’s a masterpiece that doesn’t age” – Walter de’ Silva

First introduced in 1997, the 156 is an Alfa Romeo worth remembering

Divorce becomes legal, The English Patient is best picture and the Pokémon craze finally makes life worth living. Princess Diana dies; Mary McAleese is elected, Steve Jobs re-joins Apple and South Park makes its debut. With all this going on it would be easy to forget that 1997 was a vintage year to be in the market for a new car. Toyota’s first Avensis premiered alongside the Citroen Xsara, Mercedes’ clever if troubled A-Class, the original Land Rover Freelander and Ford’s universally admired Puma. Meanwhile, budget conscious motorists began to get their tongues around how to pronounce Daewoo properly. Despite all of this there was one car that got everyone’s attention when it debuted at that year’s Frankfurt Motorshow. Alfa Romeo’s new dawn, the 156, was not an especially innovative car. It was not a car entering a market that was crying out for new models either as Mercedes, BMW, Volvo, Saab and Audi clamoured for the attentions of the aspirational.

But it was a pretty car, it was not German or Swedish and it would go on to be one of Alfa’s most successful premium models ever. In another twenty years, when these things are being restored and dragged out of barns and garages, we who are old enough will look back on the 156 and go ‘I remember those, very late nineties’.

Styled by Walter de Silva, an Italian car designer whose work at Fiat would see him poached by the Volkswagen Group, the 156 was an in-house Alfa design and sat on a compact, front-wheel-drive platform. Power came from a range of Alfa’s acclaimed Twin-Spark four-cylinder range in 1.8 and 2-litre guises. These were powerful little engines, the 1.8 churned 144 fizzy horsepower, and were supplemented shortly after launch with a 120hp 1.6. The 156 would go onto have a bewildering array of engine and transmission options but it is in Twin-Spark manual form most owners experienced the 156. Journalists were suitably impressed with the Alfa’s road manners, performance and looks to award it the 1998 European Car of the Year gong, the only Alfa to win.

Buoyed by critical and sales success Alfa Romeo set to work expanding the range in an effort to finally beat the Swedes and Germans at their own game. The 190bhp 2.5-litre V6 was fast and fun even if it ate tyres and was a perennial theft magnet while the Selespeed semi-automatic transmission was an early and only semi-successful attempt at what Mr. Clarkson would call a ‘flappy-paddle gearbox’. Bizarrely, Alfa Romeo came over all practical and introduced a vaguely useful but very handsome estate version, dubbed the Sportwagon, in 1999 while even more practicality ensued with the shock introduction of a diesel version. Alfa Romeo had made diesel cars before but this time around it was a diesel you might actually want to buy with 2.4-litres and 136bhp, later climbing to 150bhp.

Customers flocked into Alfa showrooms. Not only was the 156 pretty but it was well equipped and good value compared to the increasingly pricey looking opposition. The hidden rear door handle is a feature widely copied today, just look at the current Renault Clio or the new Nissan Micra. The offset number plate is still seen at the front of all Alfa Romeo models as are the cowl over the instrument panel and the long slim taillights.

But the new millennium it was becoming apparent that looks alone would not sustain the fairest of them all so the 156 started to innovate. The 2002 2-litre JTS replaced the Twin-Spark system with a more efficient direct injection system for fuel injection which boosted power to a healthy 165bhp while also improving emissions and fuel economy. 2002 also saw the 3.2-litre GTA; a V6 powered 250bhp invitation to chat to your local magistrate. On a more practical front, a 115bhp 1.9 diesel comes along in 2003 as people come round to the idea of a diesel powered premium car.

2003 sees Giugiaro design update the 156. While changing the 156 might have seemed as pointless as giving Natalie Portman a facelift the result was a success and the 156 retained its looks and it’s following even if, sadly, the 2.5 V6 got the boot later that same year.

The 156 bowed out in 2005, although a bizarre European four-wheel-drive variant carried on for a bit longer, replaced by the 159 which was less charismatic, less popular but a much more reliable and better built car.

Subjectively, the 156 has its flaws. The Twin Spark engines were not especially economical while bits of trim got buzzy and the odd button stopped working. The V6 Busso engine guzzled petrol and oil and demolished the tyres of anything it was attached to while the 2.4 diesel was known to bottom its sump off speed humps. That said it was handsome enough to forgive it anything and entertaining enough to help you forget, I wonder will the new Giulia evoke memories like that in 2037?