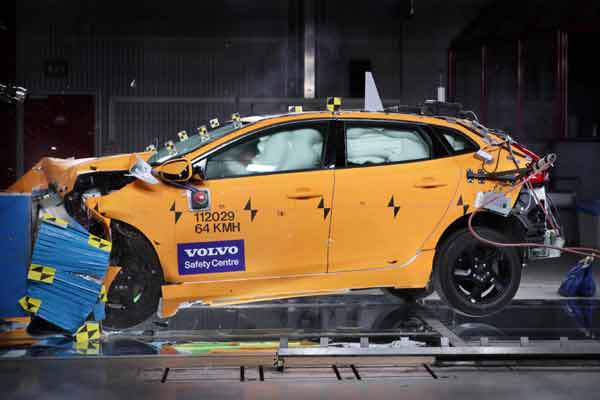 Five new family cars have been tested by the Euro NCAP and each received the all important five-star ratings.

Volvo’s reputation for safety will be boosted by achieving not only five stars but it is also Euro NCAP’s all time top scorer in its segment. What particularly distinguishes the V40 from other vehicles is the world-first Pedestrian Airbag technology, fitted as standard on the entire V40 range. In case of a crash with a pedestrian, sensors detect the impact, release the bonnet and deploy the airbag in a split second. The pedestrian airbag lifts the bonnet and partly covers the stiff A-pillars providing greater protection for the pedestrian. In Euro NCAP’s tests, this has translated into a 88% score in pedestrian protection, the highest score yet achieved in this part of the assessment. Given that in Europe, 14% of all road traffic fatalities are pedestrians this is hugely important addition to the V40.

Ford’s baby MPV the B-Max, achieved five stars. Ford has done away with the middle columns on the B-MAX, known as the B-pillars, that usually separate the front and rear passenger compartments. To ensure the highest levels of protection in lateral collisions, a structure is incorporated into the doors to form a central post when the doors are shut. Euro NCAP found that safety was uncompromised as the B-MAX scored 92 percent for adult occupant protection. The mini MPV also comes with Active City Safety, an AEB system previously rewarded under Euro NCAP Advanced, which helps the driver achieve maximum braking effectiveness in an emergency situation. 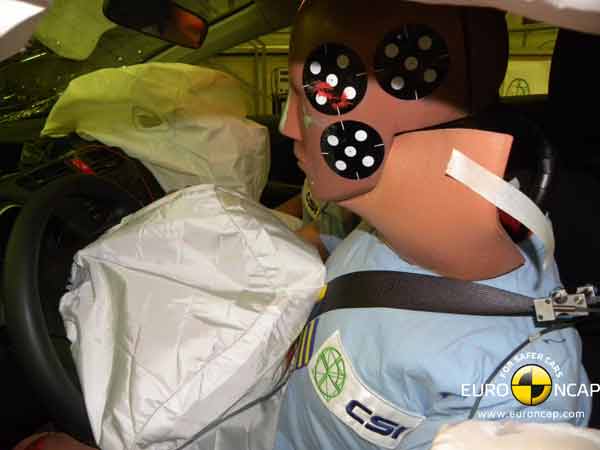 Detailed results of the tested cars are published on the Euro NCAP website.