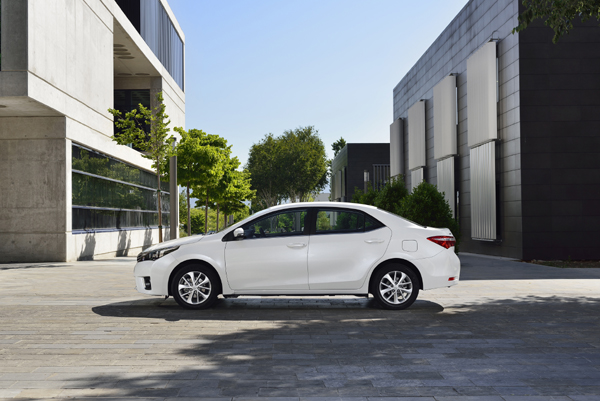 The Toyota Corolla is the world’s best-selling car.

More than 40 million have been sold worldwide! Now, with an improved exterior, interior, new engine and a great price tag we road test the new Toyota Corolla

What is it? Toyota Corolla has been an huge success story for Toyota with more than 40 million sold. As a nameplate it may have disappeared from a host of countries but Toyota currently operates 16 factories worldwide that supply Corollas to 154 countries. and despite increased competition  it remains a firm favourite amongst Irish car buyers. Over 200,000 Corollas have found homes in Ireland and 50,000 of those in the last decade.

Who is it aimed at? Traditionally the Corolla has appealed to those who care more about reliability than performance, price over style and fuel economy more than driving dynamics. With the new Corolla Toyota is hoping  to woo a new and younger audience.

Styling? Drawing on Lexus styling influences the new Corolla has a distinctly new and contemporary look. While it’s obviously a Toyota gone is the banal and conservative styling,  the new exterior has cleaner design lines giving it a sharper and more coupe like profile.

Under the Bonnet? Our test car was powered as a 1.4-litre diesel engine version. There is also the option of a 1.3 petrol engine.

What about Inside? The interior is a huge improvement on the previous version. The fit and finish is much improved and while some of the controls are familiar the materials used throughout are of a high quality. It’s also generously sized thanks to a longer wheelbase; in fact according to Toyota it has the best space for rear passengers in its class.

On the Road? Behind the wheel the Corolla offers a smooth ride and a good driving experience. Around town the light steering makes easy work of parking and manoevuring. Tap on the accelerator  and there is just enough oomph to get you to a good cruising speed on the motorway, push it and it begins to run out of steam but its more than adequate for everyday driving. 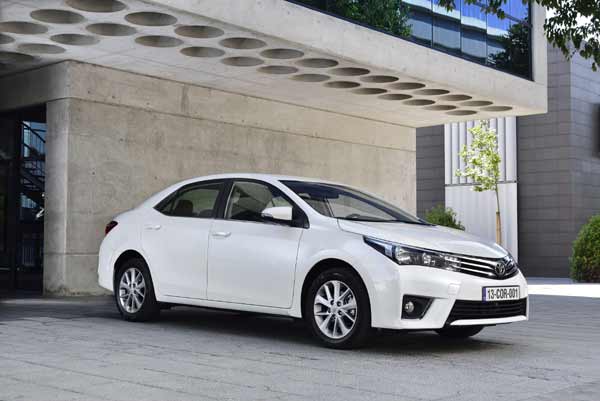 The new Toyota is 80
mm longer and 15mm wider, yet 5 mm lower, than its predecessor.

And Safety? The Corolla comes with seven airbags as standard and is brimming with active and passive safety features throughout all of which contributed to its five star rating when crash tested by the EuroNCAP.

Options? The Corolla is available in three trims, Terra, Aura and Luna. As with other Toyota cars, the base-model Terra offers a lot of equipment for the money including, LED daytime  lights and USB connectivity. Trade up to the Aura level and extras include Bluetooth and air conditioning. The top of the range Luna gains a colour touch screen display, reversing camera and among other things a 4-way control switch for audio system on steering wheel.

Okay so the Verdict? Spacious, stylish and with better fuel economy, the new Toyota Corolla is an entirely different car than its predecessor. While it doesn’t quite match the driving dynamics of some rivals, particularly the Ford Focus Saloon, the refreshed styling, increased space and keen pricing makes it a serious contender in the compact car market.

For more information check out Toyota.ie or the Toyota Ireland  Facebook page.