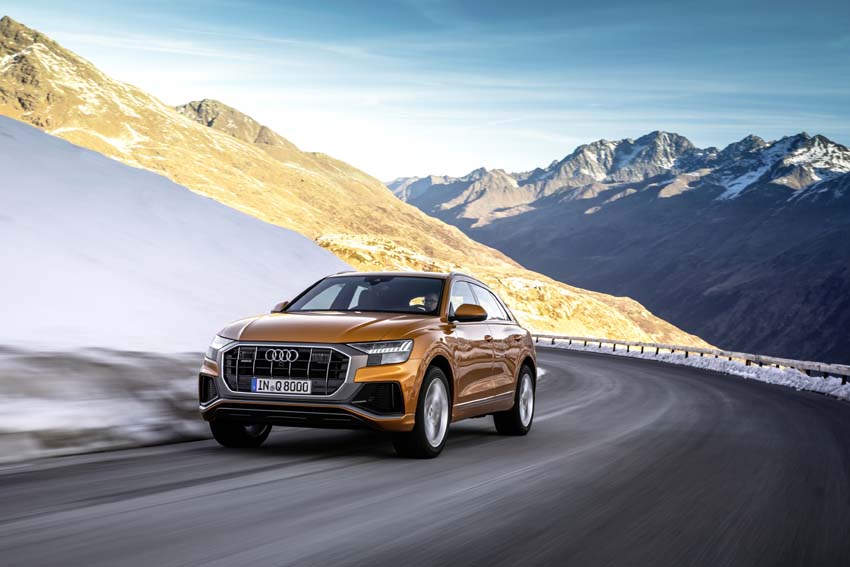 There’s nothing quite like being behind the wheel of a luxury car, a leather-trimmed seat under you and a powerful engine at your beck and call.

Considering the perseverance of the global market for these diamonds among automobiles, reported by Reuters, reaching £423 billion in 2019, with BMW, Mercedez-Benz and Audi claiming 70% of that share, many would agree that they have a special place in people’s hearts and dreams. The industry has not failed to continuously provide for its buyers, producing car after car that shines brighter and roars louder than the last. Here are two new models geared up to impress this year.

Audi Q8
A make never missing from lists of top favourite cars, Audi actually has several vehicles coming off the assembly line, but the Q8 is the sportier, its price starting at just over £63,000. Its 3.0L turbocharged V6 engine and Quattro all-wheel-drive system are some features eagerly praised by Driving. It also includes the 48-volt mild-hybrid system common for Audi that improves fuel economy and performance. The attractive look is because of shorter overhangs, a wider track and a highly modernised interior design, including a MMI Touch twin-screen infotainment system. This is why we go mad over Audi. Lottoland’s list of lottery winners’ cars reveals how one lucky lady spent her share of £148 million treating her family to three Q7 SUVs and two Q5s. It’s the second most popular car brand purchased by winners in the UK for many good reasons.

Range Rover Evoque
A sleek new beast is hitting the market with a starting price of £31,295. A balanced mix of technology and luxury, as Land Rover describes the model, it boasts an Ingenium engine and Mild Hybrid system, all helping to reduce its fuel consumption and CO2 emissions. True to Range Rover style, this car is made to handle any road or climate, while spoiling its passengers with a minimalist yet sophisticated design and two Touch Pro infotainment systems to choose from. These are just a few of the features charming buyers into investing in their very own adventurous spaceship, LED headlights and taillights included. With 11,639 vehicles already sold since January, according to Carsalesbase, Land Rover really has created the next best thing in luxury cars, a beautiful bulk of the finest materials with the power to transport you from city streets to hiking trails without breaking a sweat.

Audi and Land Rover Range Rover are two of the most highly valued motor vehicle production companies in the world. They’ve achieved this by delivering a series of amazing cars that resonate with what people want to see and feel when driving. By combining good horsepower, technological luxury and a sporty or refined appearance, 2019’s Q8 and Evoque possess the latest and best features a high-end car has to offer an increasingly demanding public. It’s not just about the comfortable experience of a well-made seat, but also the freedom and sense of power they give drivers that have earned the machine of their dreams.