Home » Features » Women in the Driver Seat for World Award 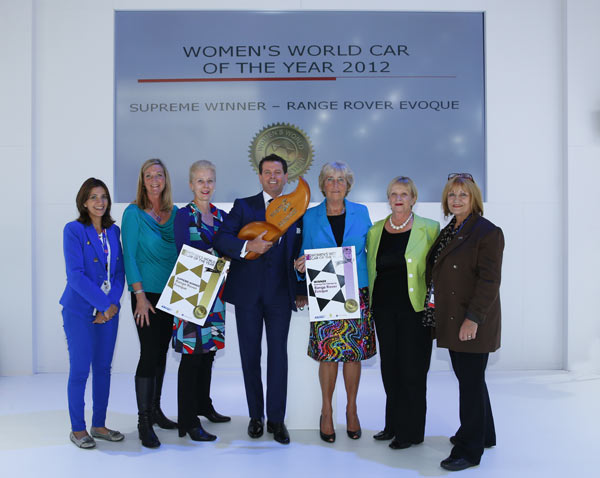 The shortlist for the 2013 Women’s World Car of the Year has been announced.

Compiled by 22 female motoring writers from fifteen countries worldwide, including Geraldine Herbert, from wheelsforwomen representing Ireland, the shortlist for the Women’s World Car of the Year has been announced. Cars as diverse as the Toyota Prius to the Maserati Quattroporte are among those being voted on.

WWCOTY CEO Sandy Myhre, says this year there doesn’t appear to be a clear-cut winner as there was in 2012 with the Range Rover Evoque.

“It was clear from the early submissions from judges last year that the Evoque was well ahead on points from the outset. This year it looks like two or three cars could vie for the top prize so it makes the contest very interesting, even at this early stage.”

Two new categories have been included in this year’s awards. The judges felt that SUVs deserved a category of their own from their popularity and the fact that women with children are prominent buyers of these models.

The voting criteria includes all the ‘usual’ segments motoring writers look for in a vehicle. But for the Women’s World Car of the Year some voting categories are unique. The Family Car award, for instance, includes ‘child-friendliness’ because statistics prove that women drivers, particularly those with children, are the more prominent drivers of the family car. Value-for-money is another aspect judges will vote for in this category.

One other category added for this year is for the women’s choice of Dream Car.

“It’s definitely a fun category,” says Sandy Myhre. “The judges may not have driven all of these cars, although great if they have. We have included it to show the world that women can dream of owning one of these cars.”

The car receiving the most points overall will win the supreme title that will be announced mid May and the Trophy and certificates will be presented later this year in London.