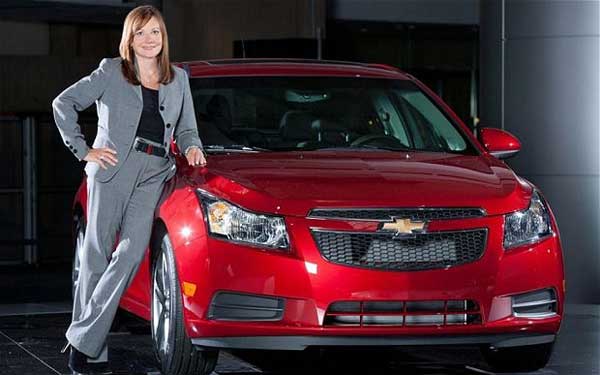 Mary Barra is the Chief Executive Officer of General Motors

In January of this year, Mary Barra, CEO of General Motors, made history when she became the first woman to lead a major US car manufacturer. Barra may not like it, but she is now name checked as a role model for women working in the highest echelons of the global auto industry, alongside Barb Samardzich of Ford Europe and many would argue Linda Jackson, who will take up her new role as CEO of Citroen this June.

These high profile appointments of women in the motor industry are rare but we end up hearing a lot about them because news editors cannot resist the “first female” news hook, especially in the perceived male dominated area of motoring.

It was these unsung heroes in Ireland that were recognised for their contribution to the Irish motor industry at the inaugural Women@SIMI, hosted by the Society of the Irish Motor Industry in the Gibson Hotel Dublin. There are nearly 8000 of these women, constituting 19% of the motor industry workforce in Ireland.

By and large the fact that these individuals are women and constitute a minority in the Irish motor industry makes very little difference to the work that they do each day and their ability to do their job effectively. They just get on with it.

“To be honest the whole gender balance issue doesn’t really come into the equation in most small to medium sized business’ in our industry,” said Rowena Dooley, Director of Dooley Motors, Member of the SIMI Management Board and SIMI Treasurer. “We’re all so focused on getting on with the job and really people progress based on their skill set and more importantly their attitude as opposed to a gender bias one way or another.”

The SIMI said that the Women@SIMI event was held to provide a signiﬁcant step in the formal recognition of the dynamic role played by women across Ireland in driving the motor industry forward. In his opening speech, Alan Nolan, Director General at SIMI, said that the event marked “a maturing in our industry” – an industry that has traditionally been a predominantly male dominated one, where it can be difficult to meet other female professionals within similar roles.

Rowena Dooley added, “Considering the trend of women employed in our industry the picture paints reasonably well – in 1998 women constituted 13% of the motor industry workforce and this has risen to 19% by the end of last year close to 8,000 women – not bad but certainly there’s room for improvement.

Over 150 of these women from around Ireland attended Women@SIMI. It was an opportunity to meet old friends in the industry, make new ones and listen to women with inspiring stories from the world of business, sport and the arts.

While this was the first event of its kind for the SIMI, it was hinted that more events for women within the Irish motor industry could take place, and judging from the mood of the women gathered, that would be very welcome.