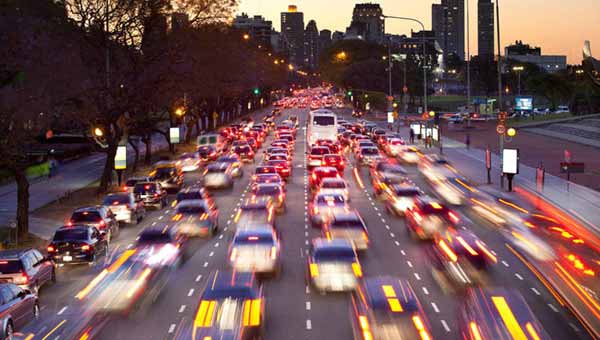 You will find plenty of annoying driving habits on the streets of our towns and cities, from the driver who speeds around town as if it were a racing circuit, to the one who is just too slow off the mark at the traffic lights. This is our list of the most annoying town drivers.

The lights turn green but the driver of the car in front is too busy texting, chatting, applying make-up or just lost in thought to realise and you remain stationary for longer than comfortable. Sometimes a gentle beep will be needed to alert this driver that the lights have changed. When Traffic Light Dozer finally gets moving, there might be just enough time for one or two cars to get through the lights. For the rest of the queue it’s just too bad.

This driver knows where they are going and has no patience for anyone who does not. They drive aggressively and use the horn a lot.  Whatever you do don’t dare hold up this driver to stop and parallel park. Impatient Urbanite will wonder why you are stopping to let other drivers out of side streets or letting people cross at pedestrian crossings. You will identify this driver in your rear view mirror from their exasperated expression, mobile phone up to the ear and sitting on your rear bumper to intimidate you.

This driver doesn’t have a clue about how to use roundabouts properly. Being in the right lane is enough of a challenge for this driver so don’t expect them to bother to use an indicator. Roundabout Bandit leaves a trail of chaos behind every time they stumble onto a roundabout. If you think this driver is bad on roundabouts with a bit of grass or concrete in the middle, check them out on one of the flat ones with just a painted centre. They probably have not even realised yet that this is a roundabout so proceed with caution.

This driver managed to pass a driving test without knowing what the yellow lines in the criss-cross pattern on the road at junctions are for. Of course it results in utter mayhem when the traffic is backed up in town. This driver may show symptoms of Impatient Urbanite and use yellow box blocking as a ploy to stop another driver from joining the traffic in front of them from a side street.

This driver speeds around the streets as if they are taking part in the Monaco Grand Prix. You will find Urban Speeder tailgating, swinging around corners, flying over ramps, charging down streets while weaving in and out around the parked cars and expecting you to do the same if you dare hold them up.

Have we left any out? Which town and city driving habits annoy you most?

Home is where the Smart is

Highway to Hell – The best and worst roads to drive

Our Guide to the proper use of Fog Lamps