Young, Single Professional and in the market for a Premium Hatchback?

Home » Features » Young, Single Professional and in the market for a Premium Hatchback? 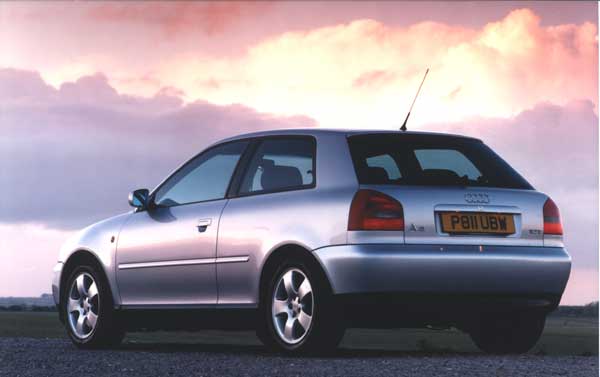 Audi A3 – the original of the species

Are you a young, single professional? Got between €25,000 and €30,000 to spend on a hatchback? Then Mercedes-Benz, BMW, Volvo and Audi think they have the car for you. We take a  look at the premium hatchback pack.

Manufacturers like Audi and BMW are synonymous with big, luxury saloon cars. But by building hatchbacks and selling them cheaper than their saloons, these manufacturers make their brand accessible to a different type of buyer. A hatchback with a premium badge is a good way for younger buyers to get on the premium ladder – lure them in with the cheaper hatchback and when they become company directors they will move to the bigger saloons!

Mercedes-Benz are getting in on the act now too. The new A-Class has arrived on these shores to great fanfare because it is completely different from its predecessor. Gone is the tall, awkward, compact MPV look and in comes a sleek, stylish hatchback. The premium hatchback pack has a new member.

The new A-Class will fight for market share with other premium contenders: the BMW 1-Series, the Audi A3 and the Volvo C30/V40.

Launched in 1996, the Audi A3 is the car that defined the modern interpretation of the premium hatchback. Then BMW threw its hat into the ring when the company launched the 1-Series in 2004. And if you fancy a bit of Scandi cool, Volvo offers the C30 and V40 in this segment.

So these are some of the main contenders – now where is the market?

Practically all of the mainstream brands make perfectly capable hatchbacks. The Ford Focus and Volkswagen Golf are two of the most popular hatchbacks sold in Ireland.

Ah but no premium badge!

The biggest clue as to who these cars are marketed towards is in the way the cars are advertised. There is a particular type of buyer that these manufacturers wish to target with their hatchback offerings. They are young and single with disposable income.

For example, the launch of the revamped BMW 1-Series in 2011 coincided with an advertising campaign featuring two brothers, “Freddie” an actor and model who likes the ladies, and “Adam” who is a rugby-playing architect.

Showing young, attractive people behind the wheel of your car is one way to sell it but you need to make sure the message is getting to the right people too.

So Mercedes-Benz ran ads for the new A-Class last year during the commercial breaks on X Factor. They used Twitter to allow viewers to “choose” the ending for the ad which featured a cat and mouse chase around Lisbon (with of course some good looking people behind the wheel of the A-Class).

When I saw pictures of the new A-Class I really liked it. I liked the sturdy Mercedes-Benz grille and the sculpted body sitting on a nice set of alloy wheels. I almost fit the brief for their target market too.

Professional with disposable income? Not quite!

And here-in lies a problem for the premium hatchback pack. Does the target market for these cars still exist or have they all left the country? 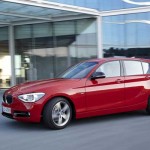 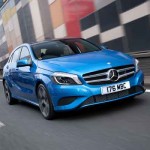 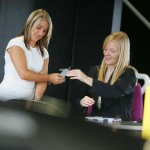 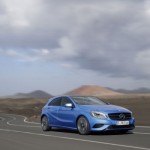 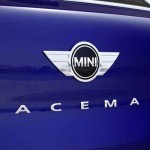 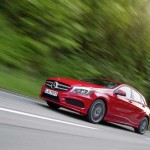