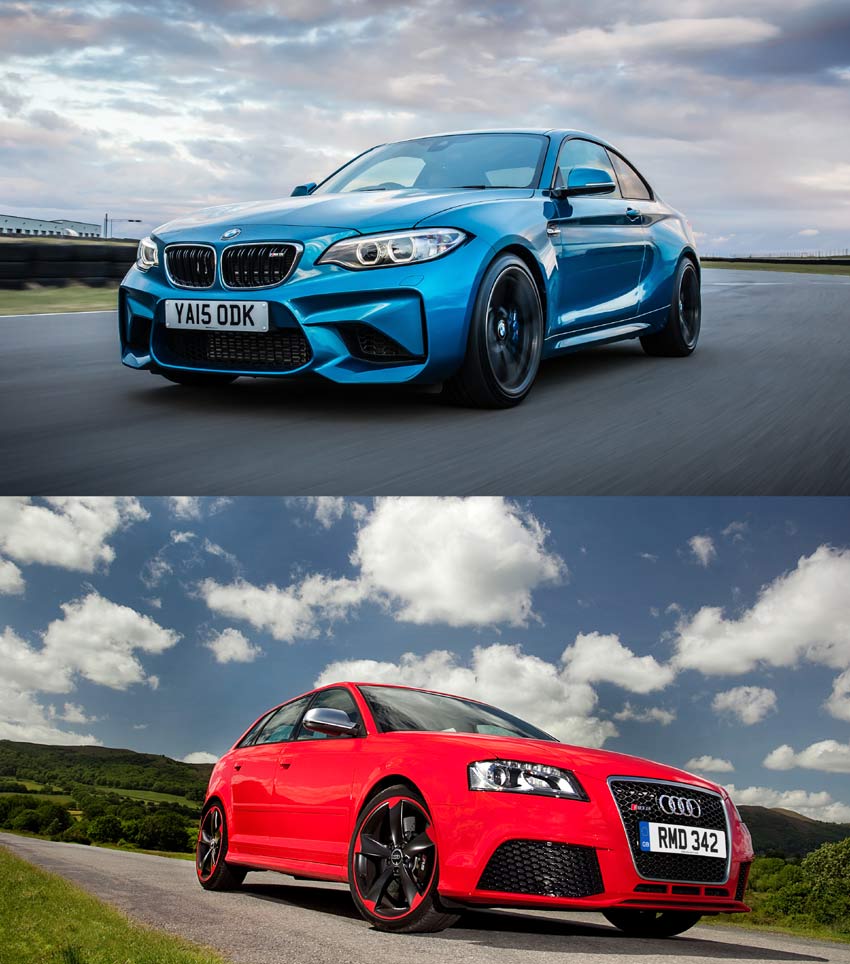 Two of the hottest performance cars go head-to-head, but will it be the M2 or the RS3 asks Geraldine Herbert

For me, the most alluring thing about a car is not the looks, the power or despite the many studies on what women want from a car, storage space,  it is the sound.  Give me a deep throaty rasp and I can forgive anything, harsh suspension, cramped space even a dark interior.

And it is the sound of the Audi RS3 that sets it apart from rivals,  it cackles, burbles and pops and instantly I’m smitten by this evocative and riotous engine note.  A week in the RS3 and I am invigorated and completely seduced.  But as I slipped behind the wheel of the BMW M2 memories of our dreamy week together were quickly dissipating. It’s been a long time since two, equally beguiling performance cars came along in such rapid succession.

The RS3 is subtle, understated and all very grown up. Fans will instantly spot the aggressive front bumper and oversized tailpipes but for most it looks quite unremarkable even in Catalunya Red. In contrast the M2 looks significantly more menacing.  M cars come with a weight of expectation and promise and with those oversized fenders the M2 looks every inch a car that can deliver on that tradition. 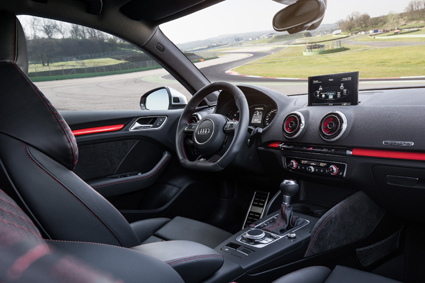 Behind the wheel of the RS 3 the finish is polished and will be deeply familiar to Audi loyalists. Whereas I can appreciate the subtlety of the exterior, the interior needs a little more drama. But it does feel roomy in the front and there is decent space in the back.

Inside the M2 is also restrained and fails to live up to the promise of the exterior. It’s dark and not quite as well finished as you might expect for the money and it loses out to the Audi on sheer practicality;  you may squeeze two adults into the back seats but they are certainly not going to thank you after a  long journey.

Powering the RS 3 is  2.5-litre in-line five-cylinder  engine that produces 362 hp with 465Nm of sheer pulling power in contrast,  the M2’s 3.0-litre six-cylinder turbo has an output of 370hp at 6,500rpm with a peak torque of 465Nm so the power is virtually identical.

On the road the RS 3 is so responsive and feels like a rally car but it is the grip that is so very reassuring. So much power delivered in such an impressive way it just goads you to drive it faster.  With very similar power to the M4 the M2 goes from 0 -100km/h  in just 4.3 seconds with M DCT fitted and Launch Control activated, but seriously who is counting, put your foot to the floor and it’s just a blur from 0 to triple digits.

No one seriously needs this amount of power but then performance cars were never designed to answer rational questions. The RS 3 is brutally fast and feels the quicker of the two cars but it lacks the sheer agility of the M2 and the feedback that the coupe delivers. That said, the ride quality in the Audi is better and it would be the easier of the two to live with.

Will it break the bank? 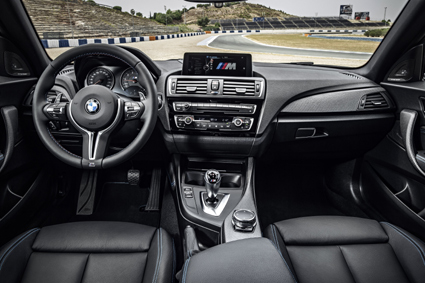 As you’d expect, or you’d never consider a performance car in the first place, it’s the very opposite of economical. The M2 returns 7.9 litres per 100 or 35.8 mpg and the RS 3 manages 34.9mpg. Under real driving conditions however expect even less. Similarly with emissions of 185 g/km and 189 respectively neither is a car you will be boasting about to eco minded friends.

The M2 is a car that will future proof  BMW’s reputation and while it is hard to justify the extra €12,000 over the RS 3 given that they are both reasonably practical and will make you feel so alive, the M2 is just that bit more involving and for that reason it would be my choice. It doesn’t sound as good as the RS 3 but then it also doesn’t sound like you are challenging the rest of the road to a race either.
In fact it is hard to think of a better way of spending 78K, it’s simply one of those cars that reminds you why M cars of old are so iconic. At a time when recent offerings from the M division have been a tad too concerned with fuel economy numbers and efficiency the M2 is a return to what BMW do best.  It may be the most affordable M car in the range but the M2 is the best road warrior that BMW currently offers.

The all important numbers…….