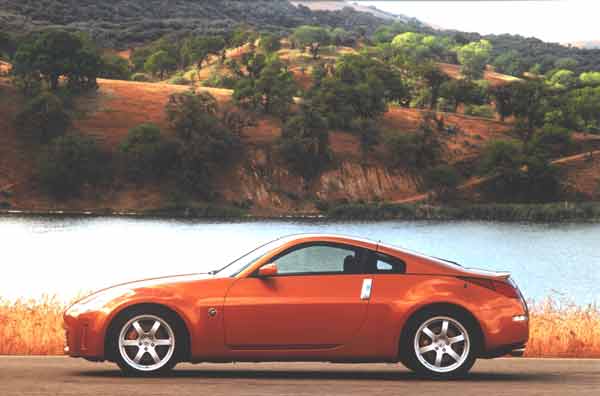 Among the heavyweights of car design some women have managed to break into automotive design, we hunt down five cars designed by women

Nissan 350Z
Diane Allen began her car design career with Nissan in 1984. She designed the 2002 Nissan 350Z rear wheel drive sports car. This was an important car for Nissan, and a continuation of the “Z” sports car series from the brand. Allen gave this twenty first century rendition a bold, distinctive design and it is one of the most visually appealing cars to come from Nissan ever. She also designed the 2009 Nissan 370Z, the successor to the 350Z.

Ford Probe
Mimi Vandermolen was Ford’s first female designer when she joined the company in 1970. In the late 1980s she oversaw the design of the 1992 Ford Probe. She wanted the sports coupe to appeal to both men and women. To give her mostly male design team an insight into women’s needs she made them wear fake fingernails while working! This led to less bulky radio control buttons and slimmer door handles. The car also had a lighter boot lid and lower front end to improve visibility compared to the previous model. In an interview Vandermolen revealed how she also threatened to make her male designers wear skirts so they could appreciate how a good car design could make it easier for a woman to get in and out of the car!

Renault Scénic
Anne Asensio started her design career with Renault. She designed the Renault Scénic concept car which was first shown in 1991 and formed the basis for the Scénic compact MPV that eventually reached production in 1996. This was a very important car for Renault and the Scénic was a pioneer in the compact MPV segment blending the practicality of a people carrier with the compact dimensions of a family hatchback. In 1997, Asensio was appointed chief designer for Renault’s small and lower-medium range vehicles.

Volvo YCC
In 2002, Volvo put together an all-female team of designers to work on a new concept. The brief was to design a car for the “independent, professional woman”.  The result was the Volvo YCC concept, a stylish four door coupe with gull wing doors, which was unveiled to the world at the Geneva Motor Show in 2004. The car was sleek, modern with a minimalist interior and finished in classy chameleon paint. It featured a number of features that the team believed would be appreciated by woman like run flat tyres, removable seat covers, more storage compartments and improved visibility.

BMW Z4
Juliane Blasi designed the second generation of the BMW Z4 that was launched in 2009. Though not radically different from Chris Bangle’s original design of the first generation Z4, Blasi gave the new car sleeker and less controversial lines and rear styling that was more in tune with the rest of the BMW range.