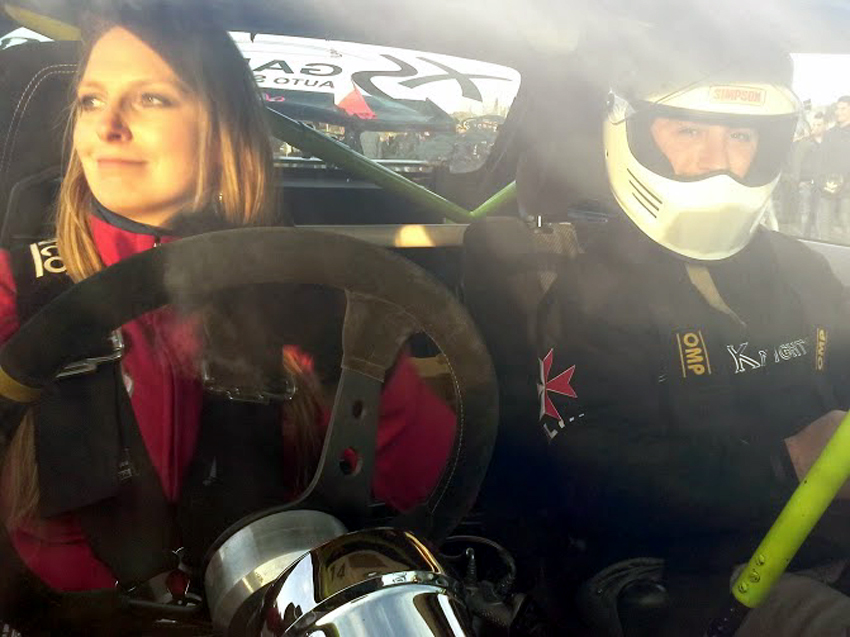 In the drivers seat for my first Drift laps

Our Danielle Murphy, the highest ranked female Drift driver in Europe, was invited last weekend to Italy as a guest judge for the Rude Drift Battle Championship final round

Being a judge of any event always comes with big responsibility. I was invited to attend an event in Sicily, Italy as a guest judge for the Rude Drift Battle Championship final round, carried over from 2014. Being a competitor and always being the one judged when behind the wheel is nerve racking enough, but when the roles were reversed I wasn’t expecting the result!

I watched all the competitors during their practise laps on the Saturday, took some notes and offered advice to each driver as the day progressed, it was great to see the massive improvement in all of the drivers by the end of the practise day. Sunday came and the main competition day, time for me to step up to the plate! I was called to the judges tower to go through the sheets and drivers list, alone with an explanation of the points and sections I would be judging… The main 3 parts of the track, Attack zone, clip 1 & clip 2. All of a sudden I had a moment of nervous where I realised how much was put on my shoulders for all of these drivers. I started to feel nervous, more than when I compete! But the nerves weren’t for the competition, it was for the fear of doing a bad job for all the drivers involved. Between myself and my mother we completed the task. As we added up the values and totals, I wondered how my scores would compare to the other judges. As I joined the other judges, 4 of us in total, we got down to business. My worries were soon put at ease when I seen my scores were exactly on par with the other judges, maybe I have another secret talent I’ve just realised!

We got the qualified drivers back to the starting line and it was time for the twin battles, this is where the cars battle two at a time, both cars take turns at leading and following each other on the qualifying line. The first to make a mistake will lose points and most likely be knocked out of the round.

All in all it was a very different experience coming from driver to head judge, it was pretty nerve racking as I know and understand the drivers point of view when it comes to competitions, but now I can see the judges position, point of view along with the stress that goes with it! It was a true honour to be invited over to fill this position. Among the perks of being a judge I also got to get a drive in a Ferrari & also get offered the Pro Winning car to take it for a few Drift laps, it was an amazing experience with great people, and best of all I got to share it with my mam 🙂

The 2015 Drift season is just getting started for me, with my next event on April 11th & 12th for the first round of the Queen of Europe Drift Championship which is in Hungary. Stay tuned!