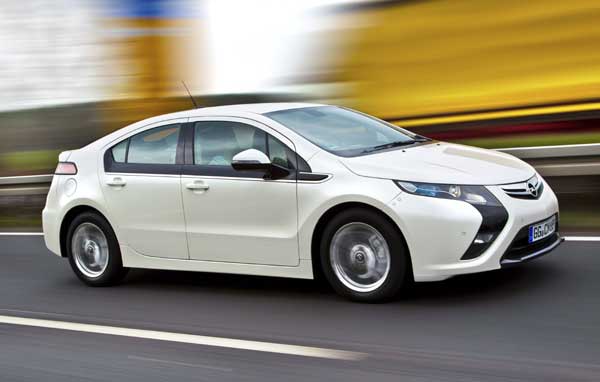 What is it?   Opel’s eagerly awaited zero-emission Ampera is due in Ireland next month and promises to be the world’s first usable electric car. It has both an electric motor and a petrol engine. You simply plug it in at night to a standard powerpoint in your house, leave it charge overnight or 6 hours. The next day you can drive it to work/drop off the kids, within a range of about 40 -80kms, using the electric motor and this is costing you nothing except the cost of charging it (less than €1).  If you forget to charge it or run out of battery life the car simply switches to the petrol engine to regenerate the battery. The result is an electric car that drives like any other car, will last for up to 500km range and consumes less fuel than the lawnmower!.

First impressions of the new Opel Ampera. Stylish inside and out the Ampera looks like a sleek family hatchback while the space age exterior hints at the cutting-edge technology lurking beneath the bonnet.

What about the interior? It has a futuristic cabin and all buttons are replaced with an LCD monitor operated by touch-screen.  Space is decent throughout but the large battery pack extends through the centre of the car  so there are only two seats in the rear. 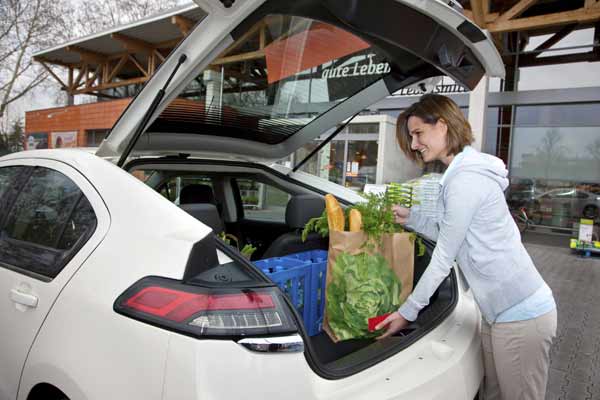 How Much? It will start in Ireland at just under 47K which clearly makes it an expensive choice. While it is super economical given the price tag it would still take a long time to recoup the initial investment with fuel savings.

How Safe?  Safety is first rate and the Ampera is equipped with all the same safety equipment as in a conventional car. It has a five star EuroNCAP rating, the highest that can be achieved.

For more information check out the Opel Ampera Facebook page