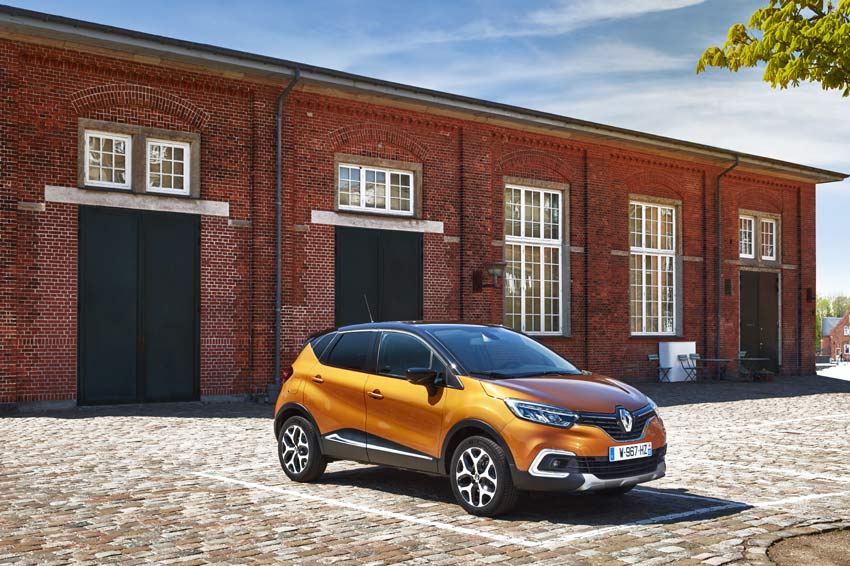 With sharper styling, more engines and few nice touches inside Renault is set to Captur the imagination all over  again writes Geraldine Herbert

What is it? The Renault Captur created quite a stir in the booming crossover market when it hit the roads in 2014. Injecting a little more fun into the market, this compact and affordable Renault was aimed squarely at customers wanting a small crossover but requiring a little more style and panache. It resonated with both male and female drivers to become Renault’s best-selling vehicle in Ireland, and Europe’s best-selling urban crossover in 2016. But this title has been under threat lately with stiff competition, so Renault has launched the 2017 Captur with revised styling, new features and more technology

First impressions of the new Renault Captur? Outside, the most noticeable change is to the grille – it now sports a more Kadjar-style front and Renault-signature C-shaped styling with LED running lights. At the back there are new tail lights and a new skid plate front and rear.

What about the interior?  Inside, the quality has improved and it’s deceptively spacious, with better comfort throughout. The seats are cosseting and there are some really nice details and clever touches. Space is good and the boot takes a decent 455 litres; with the rear seats folded it will swallow up to 1,235 litres.

Ferrying the kids around is no problem and features like the zip-off seat covers that can be removed and washed and the sliding rear seat will only add to the appeal of this car for families on the go. 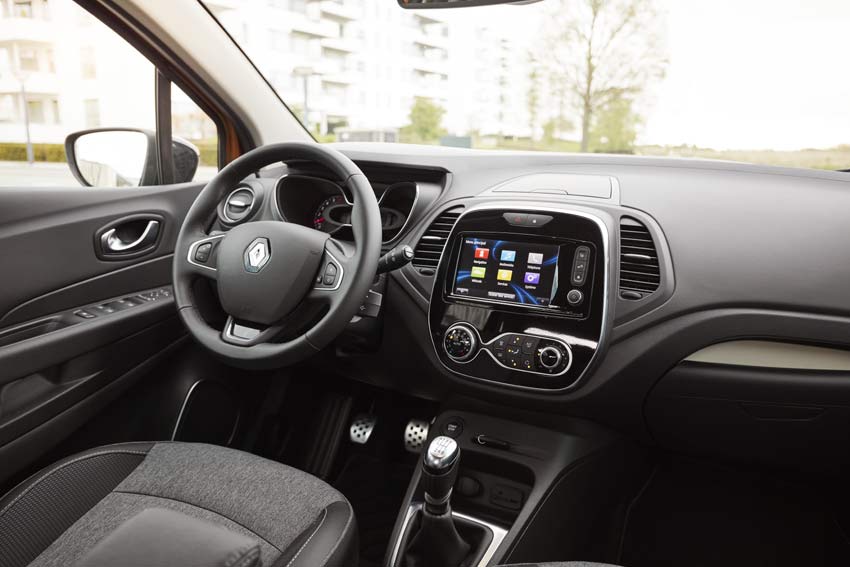 Engine choice? The Captur continues to be powered by the same set of petrol and diesel engines but gains two new ones: a 120hp version of the 1.2-litre turbo petrol and a 110hp version of the 1.5-litre turbo diesel. Five-speed manual gearboxes are offered on the smaller engines and six speeds on the larger. Whichever you choose, fuel economy is good with particularly impressive figures from the 1.5 dCi that returns a claimed 3.7 l/100km.

Renault Captur on road?  Those funky good looks are just the start of the fun: around the city the high driving position of the Captur gives the impression of a larger car, while its compact proportions make it perfect for zipping around town as you can park it just about anywhere. The light steering makes easy work of city manoeuvres. It’s also much more refined than before and the cabin is impressively quiet. Take it on a motorway and thanks to perky engines and cosseting suspension, the Captur is smooth, comfortable and pleasant to drive.

Will it break the bank? The revised Captur doesn’t launch in Ireland until August but orders will start from July. Prices are expected to be a little higher than for the current model, which starts at €19,990.

What are my options? The trim levels are Expression; Expression + Nav; Dynamique Nav; Signature X Nav; and Signature S Nav. This is the first time the new top-of-the-range Captur Signature S Nav version is available. A host of ‘personalisation’ options means you can customise your own Captur with all sort of exterior colour combinations, including Desert Orange, Ocean Blue, Amethyst and a new metallic grey contrast roof colour. Inside, you can add a splash of colour to the seats and dashboard.

How safe? As with the rest of the Renault range, the Captur is big on safety, with a reassuring five stars EuroNCAP rating and good standard equipment. There is also now optional front and side parking sensors and blindspot warning. A new addition we particularly like is hands-free parking, a system that is so smart it can detect all available spaces when travelling at speeds below 30kph. Once a suitable space has been identified, the system takes over the steering so all you need to do is brake and accelerate.