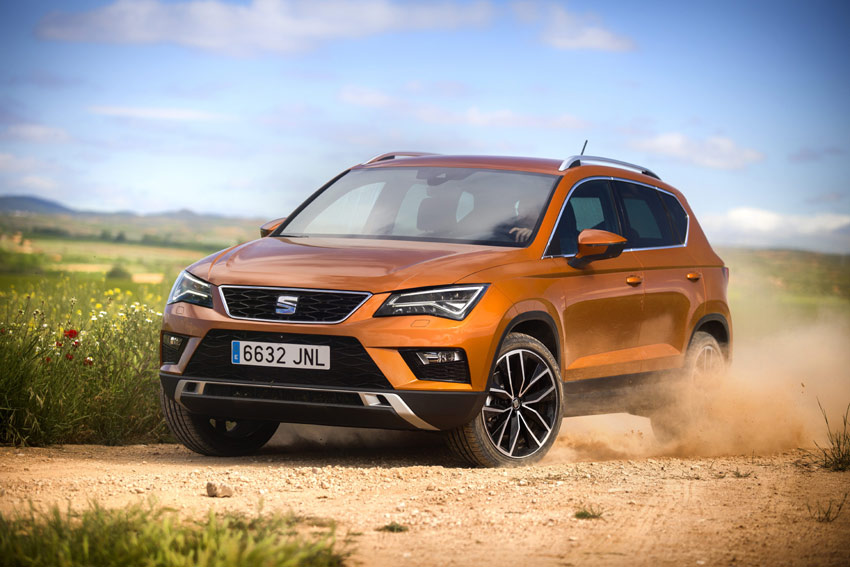 The Ateca is one of SEAT’s most crucial cars ever.

SEAT’s Ateca was unveiled at the Geneva Motor Show, now this all new SUV arrives in Ireland writes Geraldine Herbert

What is it? The Ateca is SEAT’s first Sports Utility Vehicle, a must have in any car range as families increasingly shun hatchbacks, saloons and MPVs in favour of crossovers and SUV’s. The name ‘Ateca’ comes from a Spanish village that lies to the west of Zaragoza, right in the heart of the brand’s homeland.

What about the interior?  Behind the wheel its all very familiar Volkswagen but the cheaper price tag shows in some of the harsh plastics and it is a little on the dull side. That said there is plenty of space plus good head and leg room throughout. The  boot space  is 510 litres that’s 80 litres larger than Nissan Qashqai. Fold the seats down and this increases to 1,604 litres.

SEAT Ateca on road? There is a mix of two petrol, 1.0TSI and 1.4 TSI and two diesels a 1.6TDI and 2.0TDI diesel engines. We drove the SEAT Ateca 2.0 TDi with four wheel drive. On the road it feels very balanced and responsive and the suspension is good if a little on the firm side.

How Safe? The Ateca gained a five-star rating when tested in the Euro NCAP test programme and  received an excellent classification in each of the categories included in the tests, with particular emphasis on adult passenger and child safety, as well as in pedestrian protection and driver assistance systems.

What are my options? There is  three trims S, SE and Xcellence and all are well equipped.  There is also 2WD and 4WD versions and manual or automatic ( DSG) transmissions so whether you do high or low mileage, are city or rural based  there is an option in the range for you.