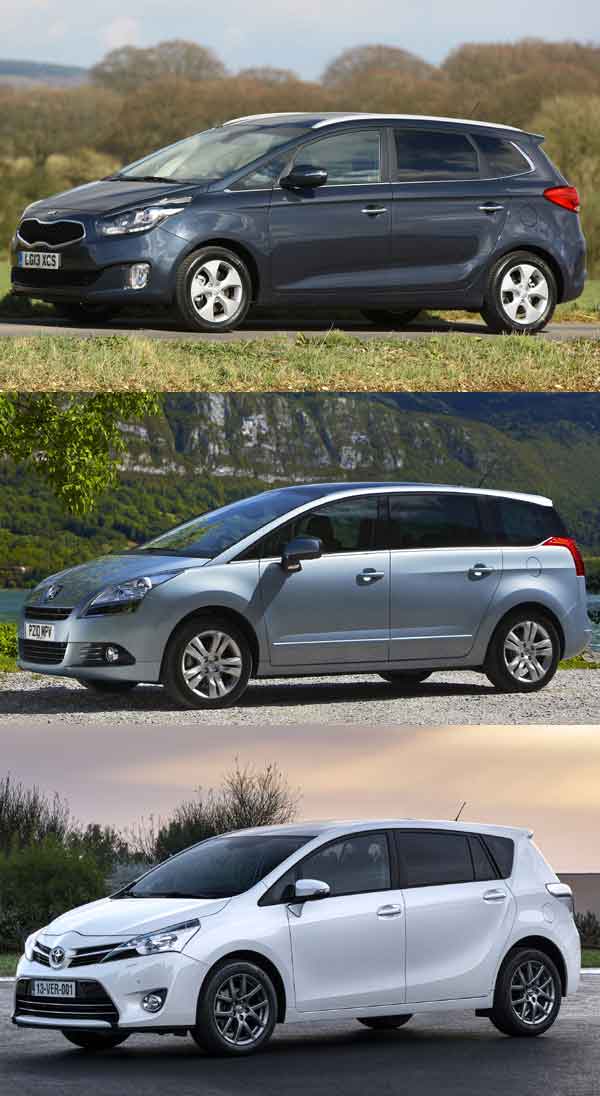 At the heart of a good MPV is a simple design brief; it needs to be fun to drive and cope with the demands of family life. We tested three new arrivals the Kia Carens, Peugeot 5008 and Toyota’s Verso.

What is it? Each of the three are seven seat MPV’s. The Toyota Verso is the only one available  that offers the option of five or seven seats.

Who is it aimed at? It is hard to beat a good MPV for everything from the mundane school runs to family holidays. While large people carriers have certainly been eclipsed in recent years by the range of five seat mpvs for those in need of seven seats and space for luggage they really are the only option.

Styling?  With styling reminiscent of the new cee’d the Carens is a huge improvement on the previous version and while Peugeot’s seven-seat 5008 brings a new level of sophistication and Gallic style to the MPV market our pick is the Toyota Verso for its clean and smart styling.

Under the Bonnet:  Both the Carens and the Peugeot come with one diesel engine, in the case of the Kia it’s a 1.7  and for the Peugeot a 1.6.  There is an option of a Ecomatique version with stop and start on the 1.6 5008. Toyota is the only one of the three to offer both petrol and diesel, there is a 1.6 and a 1.8 petrol or the choice of a 2.0 litre diesel.

What about Inside? Inside the Carens is very clever, with plenty of leg and headroom and a considerable amount of space throughout. There is high quality materials used throughout and it is all very tastefully trimmed. Similarly the cabin of the 5008 is airy and light. Space in the back is particularly generous and everyone from squabbling teenagers to small kids can be kept at a safe distance from each other.  Also for those in need of a car suitable for three infant car seats the 5008 is one of the few on the market that has three isofix points in the back. With all seats folded the Peugeot offers a van like 2506 litres of space making it by far the largest of the three cars tested. The uncluttered dash in the Verso makes for easy and distraction free driving and the quality throughout is good. Despite boasting 32 possible seat configurations the Verso is not as practical as the other two. While there is plenty of room throughout with all seven seats in place the boot is considerably smaller than the others. There is a huge amount of cuppy holes and storage spaces for smaller items though. 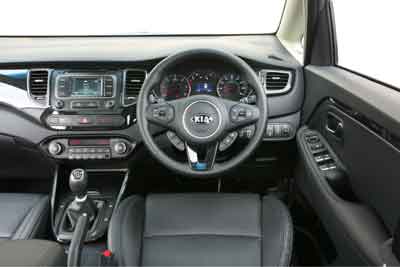 Inside the Kia Carens

On the Road? All three are good to drive and feel light and agile. The Verso just has the edge over the other two in terms of road holding and dynamics. Of the three tested here it is the most fun to drive. On the road the diesel engine in the Carens is a little noisy when pushed whereas the 5008 is certainly the most refined.

And Safety? As expected  all three come well equipped with a host of safety features. The Carens comes with six airbags, Electronic Stability Control, Vehicle Stability Management and Emergency Stop Signal. With a maximum of five stars in the EuroNCAP active safety in the 5008 is well catered for with ABS with EBFD / EBA, ESP and traction control and six airbags on all models.  Toyota’s Verso is  packed with features to keep your family safe, from its rigid body structure and 7 airbags, to the Whiplash Injury Lessening Seats and active headrests

Options? While there is only one engine option the Kia Carens is available in three trims, TX, EX, Platinum. The Peugeot 5008 has four specifications to choose from Access, Active, Family Style and Allure. The Verso offers the most choice and comes with three engine options and the choice of Terra, Aura and Luna SkyView trims. There is also a five seat version of the Verso available in the Terra grade with a 2.0 diesel engine. 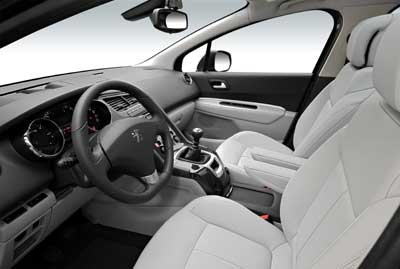 What about fuel economy? Best for fuel economy of the three is the Kia Carens, opt for the Platinum version that comes equipped with a stop and start mode and the average fuel consumption is 4.7 litres per 100kms. The next best is the Toyota Verso; depending on which model you opt for on combined journeys of motorways and city driving the official figure ranges from 4.9 litres to 6.8 litres on per 100 kms. On the two Peugeot models available the fuel economy on a combined cycle is 5.0 to 4.8 litres.

Okay so the Verdict?  Overall these are three excellent family cars, the Verso is the best to drive but is let down somewhat by its lack of space and versatility when compared to rivals. The 5008 is by far the most practical of the three and offers style and space in abundance. But it is the Kia Carens that just nudges ahead, it is well priced, stylish, economical and with a seven year warranty very hard to beat. 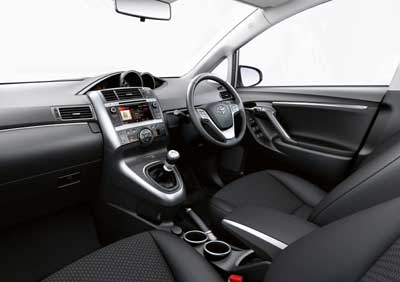