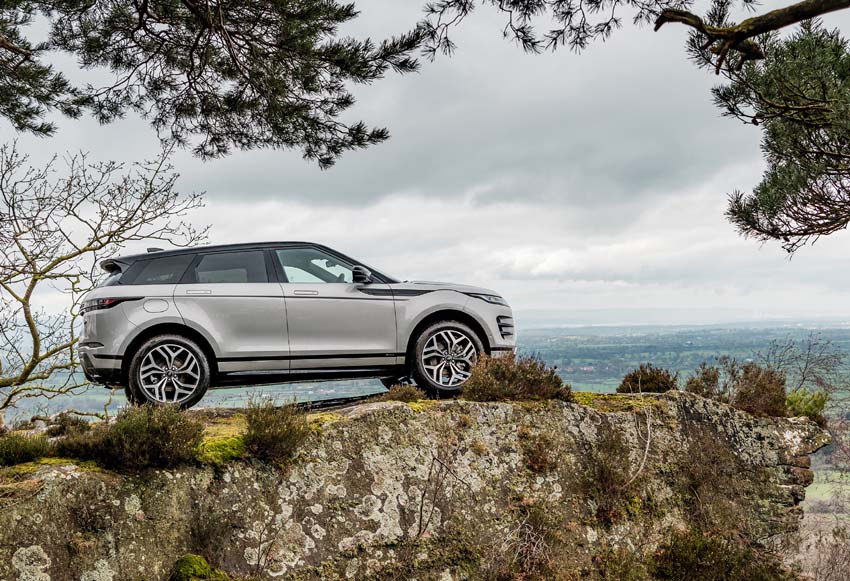 A lot has changed since the Evoque redefined the Compact SUV segment, writes Geraldine Herbert

What is it? Around the same time car makers realised that appealing to women could increase sales, the market for small luxury crossovers became the new battleground for premium manufacturers. Today it is the fastest-growing segment of the car market. Enter the Range Rover Evoque in 2011 — and it wasn’t long after, that Land Rover showrooms resonated to the sound of high heels.

Who is it aimed at? The Evoque was much more than just a motoring fashion statement and came with Range Rover’s famed ability to tackle the most extreme conditions. It was far better than many expected and was surprisingly good to drive. The fastest-selling car ever made by Land Rover, was, in short, a game-changer for the brand.

Styling? With styling hints borrowed from the larger Velar, the overall look has been streamlined and the cleaner design is enhanced by flush door handles.

What about inside? Inside, uncluttered surfaces and simple lines combine to create a luxurious digital cabin. Crucially, with a longer wheelbase it is more spacious than before despite the fact that the overall dimensions are much the same.

Under the bonnet? Buyers have a choice of one diesel and one petrol engine,  and new to the Evoque is a mild hybrid technology system. A plug-in hybrid version will be available next year.

On the Road? The Evoque is smooth and very comfortable but the gearbox is slow to react and while it’s good to drive, I’m not convinced it’s an improvement on the previous version — if anything, it’s lost some sharpness and sparkle. Reassuringly, Land Rover has once again blessed its new model with off-road ability and it can even wade through water up to 60cm deep.

Will it break the bank? Prices start from €42,845 and AWD models from €49,595 and all versions come fully loaded with safety features.

What it says about you? You don’t just look the part, you’re a genuine Lara Croft

Verdict? The new Evoque is brimming with notable qualities and remains one of the most alluring small SUVs. While it still captures the spirit of the first model, it’s a very different car. The original Evoque was a car you wanted to own — it felt like it was made just for you — but the new version takes a lot longer to warm to. Maybe over time the competition has simply improved or the Evoque is just less desirable. Even as I left the car, I was still undecided.

Why you won’t? Pricey, not the most spacious