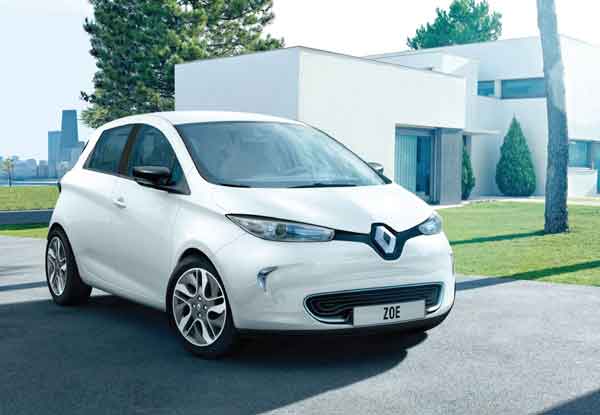 The Renault Zoe is super green, drives like a real car and has great performance  our Guest Reviewer, RTÉ 2FM’s Ruth Scott has been checking it out

This is the first ever all-electric car that I’ve driven and the 4th all-electric Renault on the market. There is no petrol tank so no measurement of miles per gallon. Everything is measured in Kilowatts.

Range-anxiety was a new phrase to me. It refers to the electric car owners’ worry about running out of charge & being stranded. My range-anxiety levels shot through the roof with the Renault Zoe. There’s no doubt that, with planning, you can go as far as you like in it, once you don’t mind stopping for an occasional 60 min or 30 min fast charge. If you lead a highly organised, largely urban life & have a charge point outside your house or an on-street point nearby (bye bye apartment dwellers!) this is a good car for you. Plan your journey with the help of the ChargePoint app. Don’t leave home without it!

This car will blend in (eerily quietly) at the lights. You’ll get inquisitive looks when you’re charging it on-street. Otherwise it looks very streamlined & not showy at all.  There are elements of blue chrome in the dashboard, the headlights, the Renault badge on the front – a nod to the energy-status of the car.

It’s strikingly bright & streamlined inside; front seats in a contemporary pale grey tweed-like fabric with white leatherette; the back seat is reminscent of a retro American 1960s car with a bench seat. (That takes care of 3 different bum sizes!)  The 3rd seatbelt in the rear is suspended from the ceiling & as an added bonus for your 3rd back seat passenger & the streamlined look, there is no leg-blocking hump in the middle. 2 isofix points in the backseat too. The door frames come up quite high though which makes for a slightly small feeling passenger window for the driver & front passenger – makes the car feel a bit smaller & darker inside.

The six-footer in my life was very happy with the front seat leg room & a tiny bit thrilled at the little ledge above the glove box; somewhere you might put those driving gloves, the ones that you never use! It made up for the fact that you wouldn’t keep a skinny person’s lunch in the tiny glove box!

This car has great welly at the lights & has a very solid feel on the open road. Obviously the faster you go, the quicker you use the battery life.

Unlike other automatic cars, you don’t hear the gears changing as you drive. The car makes the most peculiar discreet noise. It’s reminiscent of travelling between terminals in an airport on an electric train. At lower speeds, the Renault Zoe makes a noise purely to alert people that this silent wonder is coming up behind them. Again, apologies to my neighbour for frightening the life out of you!

The Renault Zoe has a display “tablet” in the middle of the dashboard with a whole plethora of bells & whistles.  Speaking of bells & whistles, the indicator makes a noise akin to a dinner bell on a ranch! So irritating in such a silent car. The display behind the steering wheel, the “econometer”, tells you if you are driving at the most efficient speed. That is indicated by a green light. A yellow light means “whoa nelly, you’re not going to win any green flags if you keep this up!” A blue light means that the car is in fact being charged by your slowing or braking gently. The braking takes a little getting used to. It also will tell you exactly how many kms you have left, which should help aleviate your range-anxiety!!!

In the A-tax band, with a good size boot, loads of speakers, don’t be surprised if you get asked to bring the Zoe to the school gates for show-and-tell. Just know that you will spend a large part of your time explaining range-anxiety & charging procedures to your friends.

For more information check out Renault.ie or the Renault Ireland facebook page