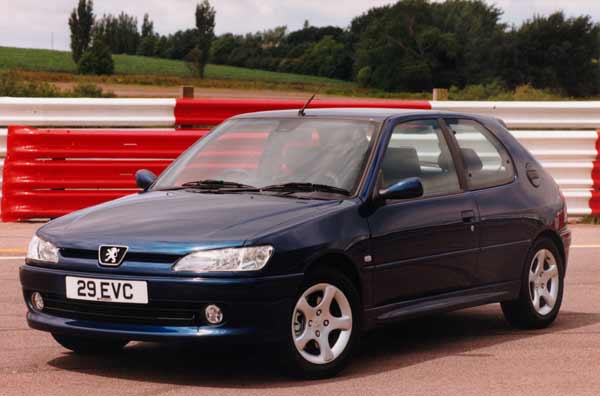 What was your first car and why did you buy it? I was 21 when I bought my first car. It was a navy ’97 Peugeot 306. It was in great condition, despite having had 3 previous owners. My Mam taught me how to drive and after my very first lesson, I desperately wanted to have my own car. After what seemed like an age, I finally got my license. I wanted something small to start with, which I’d hoped would minimize the risk of denting and I had heard that Peugeots were very reliable cars.

What did you pay for it? I paid under €1,000 for it. I remember the first day I got it. I was reversing out of my Mam’s driveway, obviously very badly, as I broke the wing mirror off the car. From then on I have to say I didn’t treat the poor car very well, there was more paint on the walls than on the car.

How did it change your life? I clearly recall the first time I took the car out on my own. I was in my new job only a few weeks. It took 2 buses to reach the office so I decided to drive myself to work. Driving to work that very first morning was one of the scariest things I ever did. I was very determined to succeed but by the time I reached the office my legs were like jelly and I had to sit down to stop my knees from knocking. However, it was well worth the effort as the 2 hour journey to work became a half hour trip.

What was your best memory or most memorable moment in the car? The weekend after getting the car, I decided to celebrate by bringing it on a surfing weekend down to Kerry with a friend of mine. It took us 6 hours to get from Dublin to Kerry. I got lost in Dublin…… I remember the rain was pouring down that day and driving over Conor’s Pass was a really scary experience, I thought we were done for. Thankfully the surfing and the nightlife made up for it.

What was your worst memory associated with the car? The car turned out to be a sort of ‘practice car’ and after the first few knocks I didn’t give it much love or affection. My worst memory was driving down to Waterford to visit a friend late one night when all of a sudden my car just stopped in the middle of a main road. On trying to restart it, I discovered the brakes had gone! Another vivid memory was during that winter, each morning, as soon as I got out of bed, I had to run out and start the car to warm up the engine so that it wouldn’t cut out on the way to work!

How long did you keep your first car? I had it about a year. It actually was really good value, I learned everything I know about driving in that car but the time had come to say goodbye and by then I had saved up enough to buy my next car, a red Hyundai Coupe, my dream car at the time.