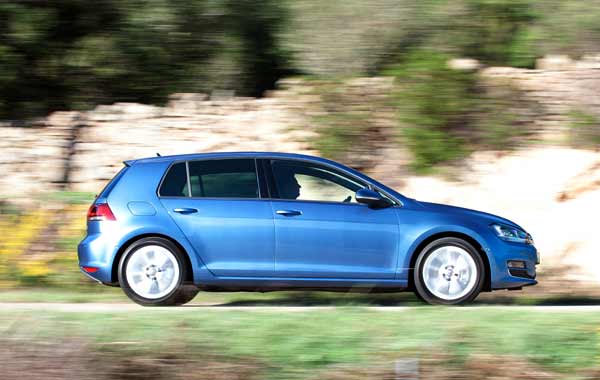 The new Golf is bigger, lighter, safer, more efficient and better equipped than ever, have VW reinvented a classic, we find out.

What is it?  The sixth-generation Golf was the bestselling car in Europe and when originally launched in 1974 it created a new benchmark in the hatchback sector. This classless and iconic car has just been launched in its seventh incarnation.

Who is it aimed at?  The appeal of Volkswagen’s Golf has always been broad. Whether a small family or single driver the Golf offers everything most motorists will ever need and we have been happily buying them in droves since the early seventies.

Styling? Although visible changes are not exactly dramatic, the Mk7 Golf is a much sharper looking model with clean lines and sharper edges. It’s not to our taste and a car so supremely engineered we think deserved a more refreshed styling but the Golf has always been about refining and tweaking rather than revolution.

Under the Bonnet? Our test car was powered by a gutsy and silky smooth 1.4 petrol engine. It goes from 0-100km/h in a decent 8.4 seconds. 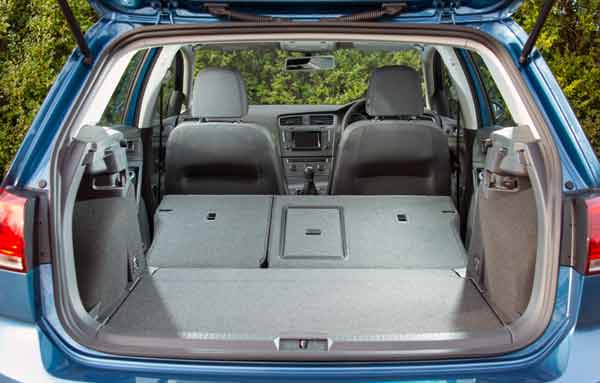 What’s it like inside? Once inside everything feels very solid and satisfying and the doors close with a reassuring thud. The fit and finish is particularly impressive and the cabin has been completely redesigned while retaining its sophisticated yet functional layout. Space is good throughout and there is plenty of room for five people and their belongings.

On the Road? Handling is where the Golf made its name and the new model is composed and responsive. Steering is beautifully weighted and it is a joy to drive. The 1.4 engine is no speed demon but there is more than enough oomph to make you smile behind the wheel and the gear shift is slick.

And Safety? Safety is to the fore and the Golf scored top marks in the crash-test rating from Euro NCAP. All Golf models come with seven airbags, including a driver’s knee airbag, five three-point seatbelts, ABS with ESP, XDS electronic differential lock and Isofix preparation for two rear child seats.

Options? Engine options include three petrol engines and two diesel. There are three trim levels: Trendline, Comfortline and Highline to choose from.

How about Fuel Economy? The ACT part in our test car name stands for VW’s Active Cylinder Technology, which means that two of the cylinders can be shut down to save fuel when the engine isn’t under load. Essentially what you get is diesel-like economy and emissions from a petrol car. With new technology and light weight the Golf should prove efficient and the figures agree; on a mix of urban and motorway driving the 1.4 returns 4.8 litres per 100 kms (58.9 mpg). Emissions of just 112g/km mean the annual motor tax bill is €200.

Okay so the verdict? Bearing in mind the previous  Golf was one of the best cars around and one you would struggle to find serious flaws with, the Mk7 somehow still manages to move the game on. It is a more refined, smarter and polished version of its predecessor. Thirty eight years and 29 million cars later the seventh generation Golf is the car by which all other hatchbacks should be judged. Some things simply get better with age…

Why you’ll buy one; Interior; Economy; Driving dynamics
Why you won’t: Waiting for the GTi