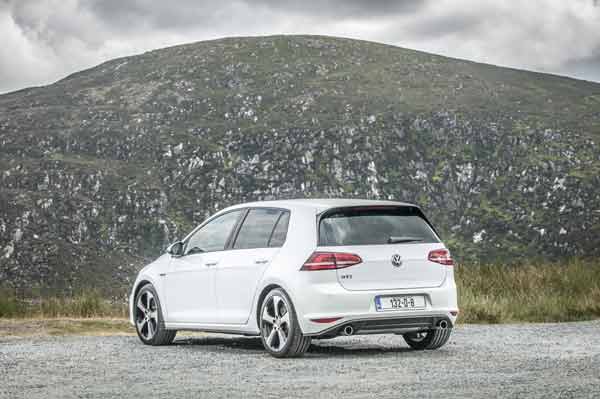 The VV Golf GTI has raised the hot hatch bar with every iteration so can we expect anything less from the new one! We find out

What is it? The Volkswagen Golf GTI defines hot hatches as no other single car does. Steeped in history this car simply oozes iconic status in a way that few cars can rival. The seventh-generation Golf GTI is the latest version.

Who is it aimed at? Pressures to reduce CO2 emission, fuel economy and the recession have left its mark on hot hatches and the current crop are far more practical and efficient than ever before. Now these performance cars are designed to appeal to everyone from boy racers to discerning housewives.

Styling? The Golf has always been about refining and tweaking rather than revolution and visible changes from one iteration to another have never been that dramatic.  But the GTI takes the standard Golf and adds some nice styling details, in particular the red pinstripe around the grille not only distinguishes it from the regular model but is a nice throw back to previous ones.

Under the Bonnet: Don’t be fooled by the subtle exterior,  this is a car that can catapult from 0 to 100kph in a mere 6.5 seconds and climbs nicely to just under  250km/h thanks to a 2.0 litre turbo engine.

What about Inside? The interior is spacious and well finished. Unique touches such as the tartan GTI seats, red stitching and  dimpled golfball-effect gear stick distinguish it sufficiently from the standard Golf. 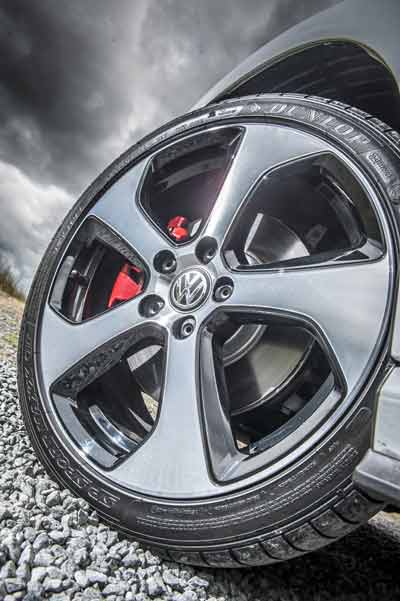 On the Road? Stirred but never shaken the amount of grip on the road is astounding, turn into a corner and it is absolutely faithful in its responses. It would take some serious speed to unsettle this GTI.  Our test car, powered by a gutsy two-litre turbo-charged engine, skims lightly over any surface with little engine or road noise.  Its edgy enough to be super fun, controlled enough  to reassure  and comfortable enough to almost forget all that potent power.

And Safety? Such power necessitates plenty of safety aids to keep you safe on the road and VW  does not skimp on the GTI.  Safety features include the Automatic Post-Collision Braking system, which automatically applies the vehicle brakes after an accident to reduce the chances of a second impact; the pre-crash system, which tensions seatbelts and closes windows and the sunroof if an accident is likely to improve the effectiveness of the airbags.

Options?  Prices for GTI start at just €33,820 and there is a choice of 3- and 5-door or six-speed manual or seven-speed DSG (automatic gearbox).

What about fuel economy? The remarkable efficiency of the engine is reflected in an average fuel consumption of 6 litres per 100 km and a CO2 emissions level of 139 grams per kilometre which means an annual motor tax bill of just €280

Okay so the Verdict?  The original hot hatch and still the benchmark for all entrants the new Volkswagen Golf GTI does not disappoint. It is sharper and more thrilling to drive and there are few cars launched in recent years that tick all the right boxes quite so completely. Whether you’re blasting down the back roads or doing the school run it’s a hard car to fault.

Why you won’t? Ford Focus ST