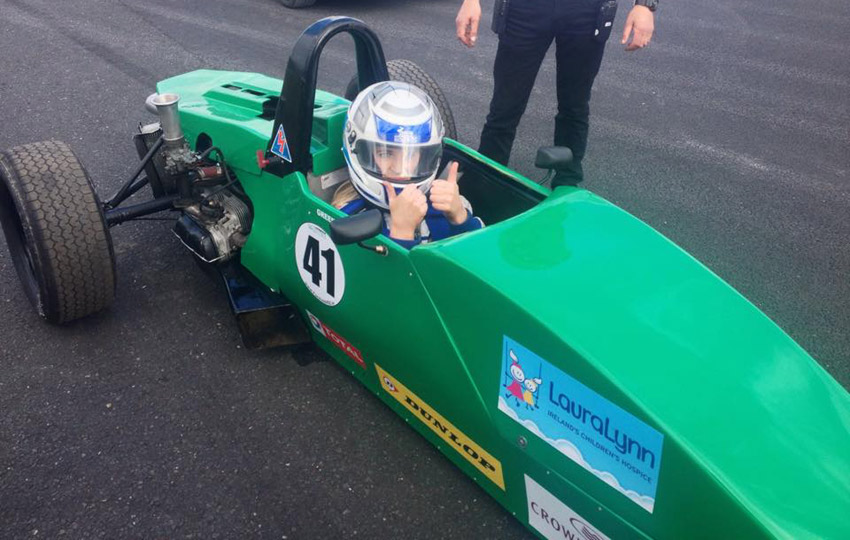 We’re very excited to announce that Aimee Woods is joining WheelsForWomen.ie as a regular contributor

Racing Instructor, Aimee Woods has her sights on becoming the first female to win a Formula Vee race in Ireland and will compete in the remainder of the 2015 season. No stranger to racing, Aimee attended her first rally at just two weeks old, but her career began in earnest in 2010 in a Fiat Uno. After an action-packed racing season she moved on to competing in various rally sprints throughout the country in a Peugeot 205.

Aimee will be writing a regular blog for Wheelsforwomen.ie on her progress through Formula Vee and she will also be sharing her tips and advice, as a racing instructor in her blog, a must for driving and track day enthusiasts.

“We are delighted to have Aimee as part of the team and we are really looking  forward to sharing her success in Formula Vee and her tips, advice and insider knowledge on how to be a better track driver ” says Geraldine.

Aimee will be making her first appearance in Mondello Park on the 11th and 12th of July,  so stay tuned for more updates.