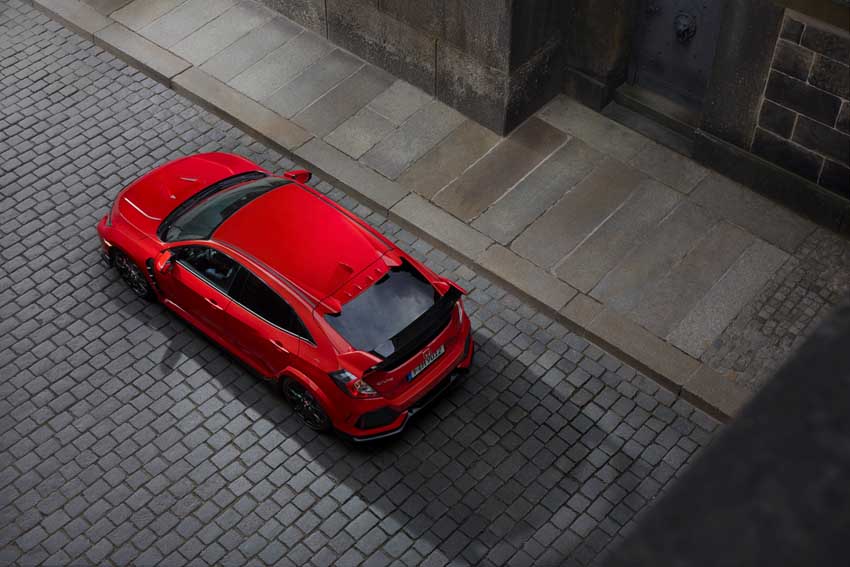 What is it? The new Type R Civic from Honda is officially the fastest front wheel drive hatchback as proven on the Nurburgring. Pushing 320bhp through the front wheels it has a top speed of 272kmph and will do 0-100kmph in just 5.8 seconds. This is the car that every girl (and boy) racer dreams of.

Who is it aimed at? The Type R is aimed at real petrol heads. Other “hot hatches” may hide behind a relatively normal bodyshell with some subtle styling differences and a sneaky badge but the Civic Type R makes no apologies for what it is. It is a head turner and will attract looks of jaw dropping awe, along with a few disgusted looks too!

Styling? The best way to describe the styling of the Honda Civic Type R is functional aggression. The basic Honda Civic is a mean looking car but the Type R has been boosted to evil. However, as this is a track car for the road the vents, spoilers and ducts to the front all have a function. Continuing this theme, the rear is dominated by a huge wing and a trio of exhausts while the red Brembo callipers are a highlight of the side profile.

Under the bonnet? While it might not scream like the Type Rs of old the 320bhp 2.0 litre VTEC petrol engine doesn’t disappoint. It does 0-100kmph in 5.7 seconds and has a top speed of 272kmph with a 6-speed manual gearbox.

What about inside? From a practical point of view there’s plenty of boot space and room for 2 child seats in the rear. However, not many will buy a Type R based on its practical attributes. The cabin is dominated by 2 red bucket seats that hug you in place. As expected the seat belts are red and carbon fibre touches set off the dashboard. A menacing “R” switch sits beside a riveted plate in the centre console showing your Type Rs serial number. 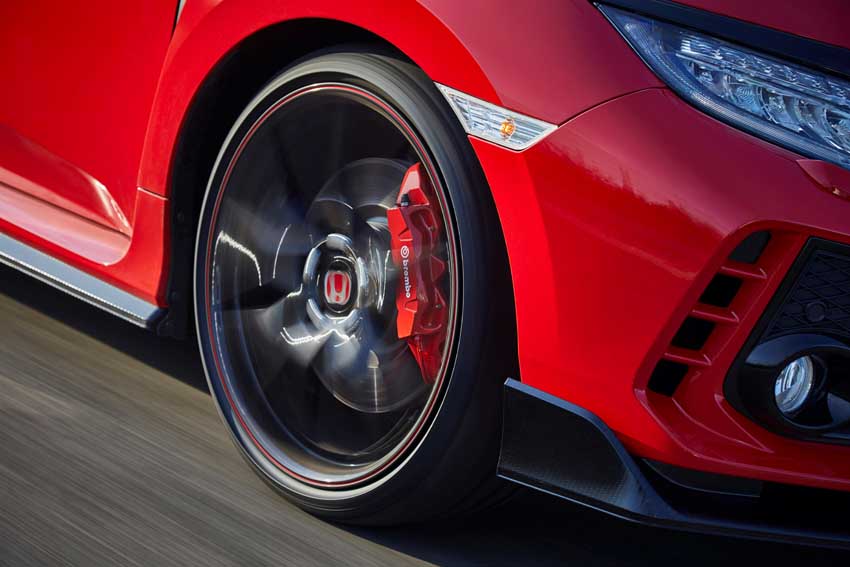 On the road? The suspension is far from comfortable, even in comfort mode which is not helped by the rubber bands which have been stretched over the 20” alloys. However, the steering has just the right feel and the handling and acceleration are incredible. Despite being so low to the ground you don’t realise how fast you’re going until you look at the speedometer – this car will not help your driving licence. On the open (smooth) road you might forget what you are driving as it cruises along but when it’s time to overtake the kick back into the bucket seats is a very stark reminder of what is under the bonnet – after all it is the fastest front wheel drive car around.

What are my options? There aren’t many options as the Civic comes in two trim levels with the Type R and Type R GT, the GT has the added benefit of premium audio, Garmin navigation, front and rear parking sensors, LED front foglight and wireless charging for certain mobile phones and is priced at €53,950.

Will it break the bank? If economy is at the forefront when buying a car then the Type R is not for you, it is the most expensive Civic in the range to run but is equal to its competitors. Honda claim that the Type R is capable of returning 7.7 litres per 100 km on a combined cycle but on the week I had it the average was 9.8l/100km. However, once the novelty of the acceleration wore off I think it would be possible to average less than 8.0l/100km. The CO2 rating of 176g/km means motor tax is €750 per year and at €51,750 this Civic is not a cheap option.

So the verdict? If you’re happy to blend into the crowd a Honda Civic Type R is not for you. However, if you want a little excitement in your everyday commute and hanker after a hot hatch this might just be your perfect match!

Why you’ll buy one?  Every day is a track day

Why you won’t?  Aggressive styling

Six things to know about the new Honda Civic