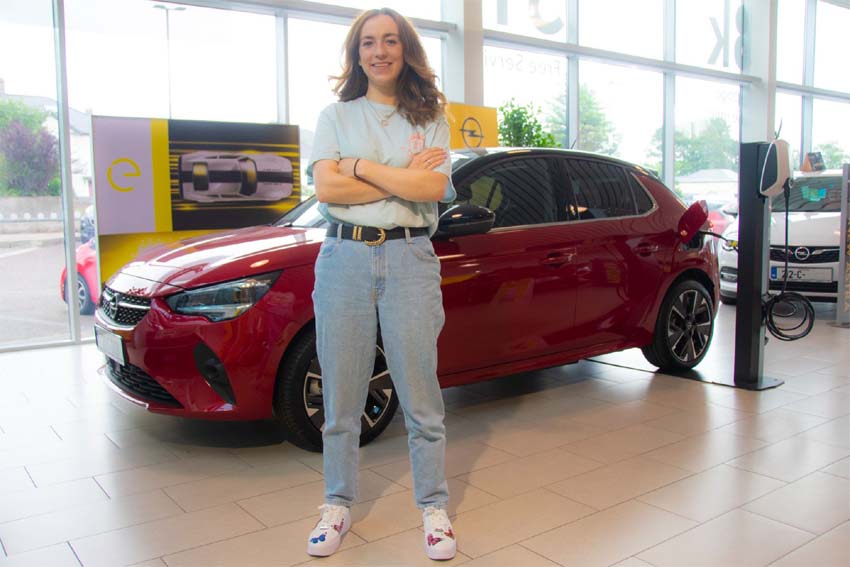 Who taught you to drive? My dad! He had a 2L TDi Mondeo at the time so being keen on cars I was very interested in getting behind the wheel. I think it was good to learn how to drive in a car that had decent power because most cars after that have felt manageable.

How did you get involved first in motorsport? My mum introduced me to Formula One at the age of 10 and I was immediately hooked. The speed, sound and colours of the cars was addictive and I’ve been a huge fan ever since.

What is Formula Woman? The only competition of its kind, Formula Woman gives women with little to no racing experience (but a huge passion for motorsport) the chance to learn how to be a professional driver. The ultimate prize will be a racing seat in the 2022 GT Cup Series.

You are one of a handful of Irish competitors in the 2021 Formula Woman so what happens next? The next step for me is attending my on-track assessment at the Anglesey circuit in Wales, on September 20th. On track assessments will continue until the end of November, before 16 competitors are chosen for a “final shoot out.”

How can we involve more women in the sport? I think that understanding where to find women who might have a passive interest in motorsport and making it as accessible and interesting as possible is the key here. For example, Netflix’s “Drive to Survive” series did a great job of capturing people who previously had a mild interest in Formula One, and turning them into regular race watchers. Additionally, I think that a lot more could be done in promoting female-only elements of the sport like the W Series etc.

Whom do you most admire in motorsport? From a female standpoint specifically, I have huge respect for Susie Wolff. Her achievements both in Formula One and more recently in Formula E set an important precedent for women in motorsport.

What was your best career decision to date?  I always try to make career decisions that scare me a little bit because I find that diving in at the deep end is the best way to learn. If I’m not learning any more, that’s when I know it is time to find something new.

What advice would you give to young women starting out on their career in racing? If you’re passionate, don’t let other people’s opinions or gender assumptions about motorsport get in the way of you getting involved. Also, don’t be afraid to tell your story to anyone who will listen! People like to get behind someone who is passionate and doing something a little different.

What is on your car stereo right now? I’m very excited about live gigs returning over the coming months, and I’ve just bought tickets to Dave’s “We’re All Alone In This Together” tour. His album of the same name is on repeat in my car at the moment.

One item you couldn’t live without?  Something to play music on. Music is what ties all of my interests together and life would be very boring without it.

Describe yourself in one word? Resilient

What sort of road driver are you?  Despite my in-laws nicknaming me “Lewis Hamilton” I’m actually not an over the top speedster on the road. I’m big on paying attention to your surroundings when driving, which sometimes leads to a bit of road rage at roundabouts, people seem to have a real problem with getting them right!

Have you ever put the wrong fuel in your car? Happy to report that the answer to this is No!

What’s the scariest moment you’ve had in a car?  I did have to drive from Cork to Dublin in some serious ice and snow which was definitely a bit scary, it took 6 hours and it was pitch black for the final stretch.

What’s in your boot at the moment?  I became a dog mom earlier this year, so my boot has been full of puppy-related items ever since.

Do you have a favourite motoring gadget? Not necessarily a gadget, but I recently bought my first set of racing boots and I love them