Is a PCP the best way to finance your next car?

Home » Features » Is a PCP the best way to finance your next car? 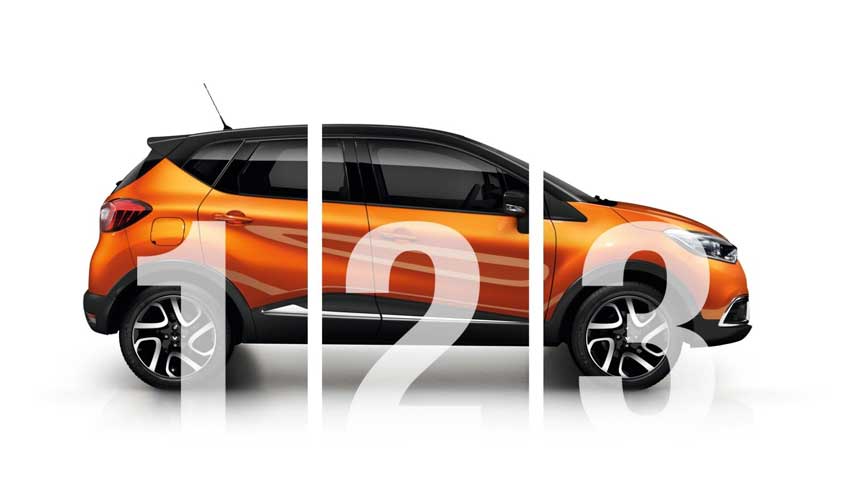 With more than 30 per cent of new cars sold on Personal Contract Plans, PCP deals are one of the reasons why car sales have steadily recovered since the market crash of 2009. The idea is simple: buyers put down a deposit or trade in their old car, followed by monthly payments made over three years and are given a “guaranteed minimum future value” ( GMFV) by the dealer at the outset which is the amount required to purchase the car outright at the end of the contract. In an ideal situation the value of the car at the end of the contract will exceed the GMFV and the excess will fund the buyer’s deposit for another new car without having to put any other money towards it.

The average number of cars registered each year from 2006 to 2008 fell sharply and by 2015 more than half of those motorists, who would normally have changed their car every three years, didn’t over the six years of the recession.

According to SIMI, director general Alan Nolan, “If funding the cost to change their three-year-old car is a challenge for new car buyers, the cost of trading-up from a seven-, eight- or nine-year-old one would be almost impossible.” So this was the real benefit of PCP to consumers.

“With a smaller deposit, which could be financed from the value of their older car, or just above that, allowed such new-car-buying consumers to get back into a new car at an affordable cost,” says Nolan, “As a result Consumers and the motor industry both gained, as did the State through the recovery in VRT and VAT revenues from the new car sales. The environment also benefits from the newer, cleaner cars replacing the very oldest cars that drop out of use as cars get traded-down in the replacement cycle that follows from new car sales.”

But car finance has been in the spotlight recently with fears over negative equity with the possibility that the GMFV may be well in excess of the actual market value. Now the State’s Competition and Consumer Protection Commission has launched a study into the impact of PCPs on consumers and the motor industry.

Isolde Goggin, chairperson of the commission, said they were concerned that “these products are relatively new and, considering their complexity, there is potential for consumer misunderstanding and detriment if they take out a product that may not be suitable for them”.

Should we be looking beyond the new-car smell and considering the possible downsides of PCPs, or are they simply allowing motorists the use of an asset at a considerable lower monthly outlay than if they were buying it outright?

Sinead Fagan, an accountant from Dublin, is currently on her second PCP arrangement. The first was taken out in 2013 for a VW Up and during 2015 (24 months into a 36-month contract) she upgraded her car and PCP to a VW Golf.

With only nine payments left to make, Sinead intends to roll on to another PCP for a new Golf and is completely satisfied.

“All the terms and conditions were fully explained by the salesman, who had consumer credit qualifications,” says Sinead, who found the entire experience a ” positive” one.

But not all PCP consumers fully understand the implications of the agreements and some have been sold expensive monthly packages.

Ruth Fitzpatrick, an Operations Manager living and renting in south county Dublin, was lured by a 0 per cent interest offer that initially seemed very tempting.

“With rent, loan payment, car instalments, insurance, bills, VHI etc to pay, I now find the PCP instalments are crippling me,” says Ruth. “Also, these outgoings added up do not allow me any money to save and this will cause a predicament in regards to buying the car outright in 2019 when I would need to pay €10,700 to own it. You are tied into the deal with a significant sum to pay to get out early or at the end. Your circumstances may change and therefore financially it may not be as easy.

“You need to have a lump sum available at the end to buy the car outright and this can be difficult whilst also making the instalments. If you don’t have the money, you hand the car back and end up with nothing.”

Others are not happy that they were charged for exceeding the agreed annual mileage. Alison Readings, a sales and marketing co-ordinator, ended her PCP agreement to switch to a HP contract with a different brand. “I had paid over half of the balance and so was able to just hand the car back but I had gone over on the mileage allowance so was billed for it afterwards to the tune of €700,” says Alison.

When taking out a PCP deal, some are not fully informed as to what a second PCP contract would involve, according to Alison. “What they don’t tell you is that to ‘swap’ your car for a new model you usually have to put in a new deposit, which equates to another chunk of money you won’t get back.”

One of the major issues with PCP is the money paid during the contract.

Trevor Swanton, a development manager for a property group, opted for a PCP because of the low costs. “I was offered a PCP interest rate of 3.9 per cent compared to car loan at 9 per cent,” says Trevor. At the end of the contract you have three options: you can hand the car back; pay the GMVF to own the car outright; or, if the market value of the car exceeds the GMVF, you can use the excess for a deposit on a new PCP.

However, with the deposit and monthly repayments, a PCP deal is still a significant financial commitment, so how likely is a PCP consumer to walk away at the end?

“Mentally, it will be tough to return a car you paid €28k on over three years for nothing,” says Trevor.

With so much already invested in the car, it’s easy to see why many consider paying off the balloon payment at the end to own the car.

Andrew Jenkins, a project manager, found the balloon payment unmanageable at the end. “I really liked the car and wanted to buy it at the end of the two-year contract, but the GMFV was too high and the offers of finance from the dealer to purchase the car made it completely unaffordable, effectively being denied the option” says Andrew. “I think PCP could be improved if the purchasing at the end was made more manageable and more part of the process; perhaps if it was organised a little better, people could continue to purchase their car using perhaps another lump sum and continued monthly payments.”

Is a PCP the right option for you?

A PCP can be a good way to finance a car if you plan to swap the car for a new model every few years as deposit requirements are as low as 10 per cent and you have a choice of what to do at end of repayment term. However, you need to factor in the cost of insurance, fuel, servicing and motor tax. Generally if you intend to own the car at the end of the contract then PCP is not the ideal form of finance. You would be better off with a loan from a bank or credit union, whereby you can spread the payments evenly over a three- or five-year period. If you do decide to opt for a PCP, read all of the terms and conditions carefully and ensure you understand the full implications of the agreement and pay particular attention to the limit put on mileage and the car servicing requirements.

When you are buying a car give your car finance options at least as much consideration as the car and ensure the choice you make is the best one for your circumstances.

This article first appeared in the Sunday Independent