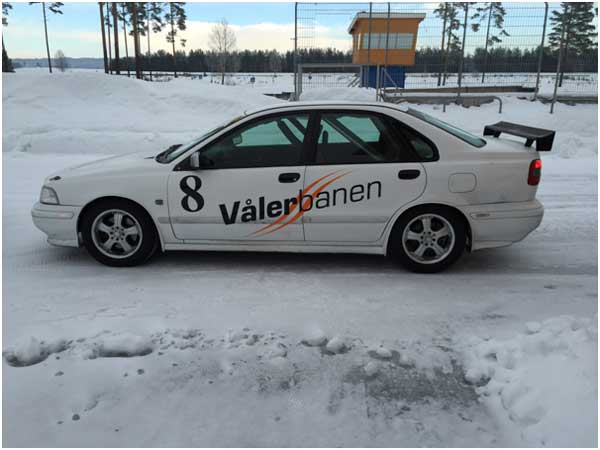 In the past I have been invited to do some pretty cool things but none as cool as my recent trip to Norway for a day of snow and ice driving at Vålerbanen race track. A quick red eye flight for myself and my partner Paul to Birmingham to meet up with the guys from Century Motorsport who we were joining us on the flight to Oslo for the trip

As we all know, when snow arrives here in Ireland the country’s roads generally come to a standstill and its chaos. But before even landing in Norway I could see how clear the roads were despite the amount of snow surrounding them. A 90-minute trip to our hotel was no problem at all to Thomas who picked us up from the airport. We weren’t heading to the track until the next morning so there was time to chill out before dinner. For a fussy eater like myself traveling to new countries can often be a scary experience, but I plucked up the courage to sample Ox cheek for dinner. It turned out to be a pleasant experience which I am still trying to convince myself actually happened!

Being the coldest person on the planet, the idea of heading outside in -12c the next morning should have made me hide under the duvet, but not when I knew what was in store for the day. Over dinner the previous evening we were informed we would be driving Volvo S40’s, Go Karts, 4×4’s and Snowmobiles, yes, SNOWMOBILES the next day!!!

We were welcomed to an extremely white, snow covered Vålerbanen circuit, we were split into groups and first up for us were the Volvo’s. Since we were in Scandinavia and they know how to deal with snow, the cars had studded tyres like you see on snow based World Rally Championship events. After a quick briefing to tell us how to drive on them we were off. I was quite surprised how difficult it was, as was explained to us if you spin the wheels the rubber bends and the studs don’t grip the ice therefore resulting in you having no traction. When this happens apparently all you needed to do was lift of and tap the breaks to transfer the weight onto the front tyres, which should hopefully result in the car turning in for you. Lets just say I don’t think I will be entering the Ice Racing Andros Trophy just yet!

After a bite of lunch and an ice cream (I know ice cream in the middle of the freezing cold Norwegian winter!), it was onto something I was really looking forward to, the ice karting! Thankfully this was much more simple than the Volvo’s, mainly because if you smashed into the bank you weren’t going to do as much harm! Like before we were on studded tyres but this time it was much easier to get a feel for them and it wasn’t too long before I felt like a superstar drifting the kart from side to side around the corners, it probably didn’t look that impressive but it felt deadly! 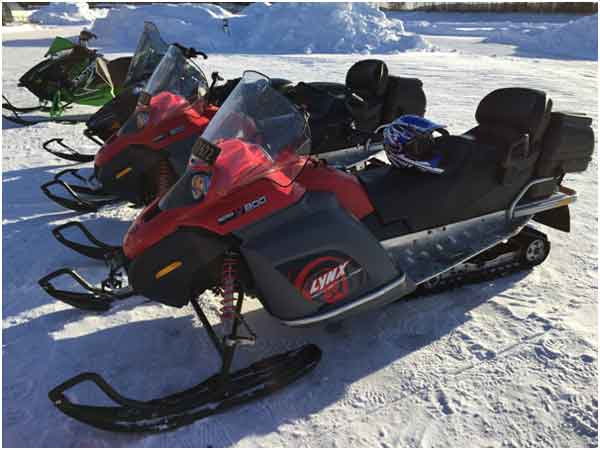 Next up was off-roading, something that I had done just over a year ago with the wheels for women girls in Mondello Park. I thought, “ah this will be easy, I’ve done it before”, except not in a snow covered forest! We set off in pairs and I jumped in next to Century Motorsport’s Nathan Freke. I was convinced this was a good move until about two minutes into the course we were stuck! Despite some beeping and laughing from the guys behind, we got going again and when it came to my turn to drive I was convinced that if Nathan had gotten stuck I was doomed. I managed to keep it going but it became clear very quickly that I hadn’t much experience in a left hand drive vehicle in a confined space. Lets just say a tree or two got very close to jumping out in front of me!

The best was definitely saved until last, the Snowmobiles. I had only ever seen these on TV when people are crossing the artic or similar and now I was getting to drive one! I had never driven anything like a quad or similar before. The Scooter, as the Norwegian’s called it, was driven by a belt at the rear and steered with two skis at the front guided by handlebars like you would see on a quad. We set off on a run around the outskirts of the track to get to grips with the machines before setting off onto the more tricky terrain in the forest. Flying across fields at 50mph and twisting and turning through trees was one of the coolest things I’ve ever done. If we even had half the snow they get in Norway I would be buying one for sure! Next time it snows here in Ireland like it did in 2010 it might just be possible to see me flying up the outside lane of the N7 on one (I wish)!

Just when I thought we were done the guys decided that some others were still up on the kart track and offered us to go back up. We all jumped at the chance except Paul who discovered he doesn’t bounce very well when he flipped himself off the snowmobile trying to perfect a drift earlier, so he elected for photograph duty! We must have spent around 45 minutes just pounding round knocking each other off the track before calling it a day as the sun was setting, delighted with ourselves! There was just time for an attempt at a snow angel for me! This turned out to be an epic fail when I discovered the nice fluffy white snow wasn’t quite so fluffy when I jumped backwards to find that it was rather frozen and I couldn’t move my arms, getting pretty stuck to everyone’s amusement!

It was then back to the hotel for a quick shower and then down to dinner with the gang. Trygve and Aleksander who had invited us over to their event had a special meal planned for us that evening. Again I surprised myself by dining on the local delicacy, Moose (the animal not the desert)! It was a perfect end to an amazing weekend. I would highly recommend a trip to Scandinavia if you have never been, it’s the most beautiful place with the most welcoming people I have ever experienced and I really hope we can go back next year! Having now been able to handle a car on ice and snow, I should have no excuse for not being able to race in the wet here anymore!

Do You Dream Of Driving A Cabriolet?

Highway to Hell – The best and worst roads to drive

Driving in Ice and Snow