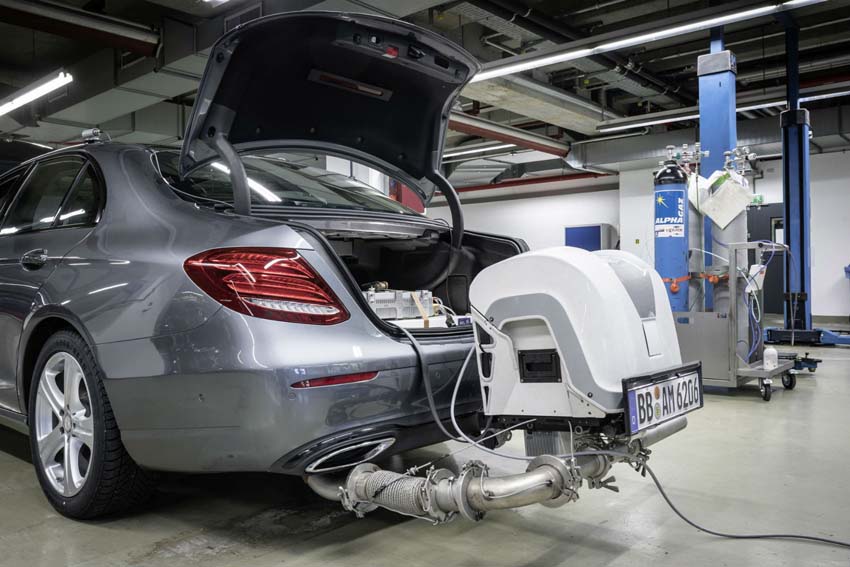 A new emissions test for cars that is providing more accurate carbon dioxide (CO2) ratings may cause car sales to fall. The test, which was introduced last year for new models only will apply to all new cars sold in the EU from September 1 and is designed to deliver more realistic figures for fuel consumption and C02 emissions. The Worldwide Harmonised Light Vehicle Test Procedure (WLTP) replaces the outdated and discredited NEDC (New European Driving Cycle) test.

What is the likely impact of the new test?

As the new test will be more accurate, it is expected that fuel economy figures will decline and CO2 emissions will increase, which is likely to cause a lot of confusion among prospective car buyers as new cars will appear to be less efficient than older ones. Given that the more CO2 a car emits, the more tax the owner pays, buyers are also likely to be put off opting for a new car if they face significant tax increases.

From September all new cars will have to be certified according to the WLTP test but will have both WLTP and NEDC emission figures to allow for a transitional period but from January 1st 2019 only the new WLTP figure will be used.

What about Motor Tax?

To avoid penalising new car buyers, the EU is advising that countries such as Ireland, where the motor tax system is based on CO2 levels, should amend their systems so that no additional costs are passed on to the consumer.

In Ireland that would require the current Tax Bands (which are based on the old NEDC Test) to be adjusted to take account of the transition to the new WLTP test. Otherwise a car registered this year with 100gkm emissions under the outgoing NEDC test and 15% VRT and €180 road tax could under the new test be found to actually emit 120g/km and therefore, when the same car model is first registered in 2019, it would be liable for 17% VRT with annual road tax of €200 tax; identical cars but certified under different tests with very different results.

Department of Finance spokesperson told wheelsforwomen.ie: “We are currently examining the potential impact of the introduction of the WLTP on motorists, the motor sector and the exchequer, while also recognising that the environmental rationale which underpins our VRT and motor tax systems should not in any way be weakened arising from the introduction
of WLTP.” The spokesperson added: “It is expected that the Department will bring forward options on this issue in the context of the work of the Tax Strategy Group.”

What about car options?

The choice of car options may also shrink as a result of the test since, for the first time, optional extras will also have an impact on the car’s CO2 rating – so two identical cars but with different options may be in a different motor tax band. Currently, only wheel size, number of seats and the choice of manual or automatic transmission impact on CO2 levels, whereas now all available options from air-conditioning to a sunroof will make a difference. This could potentially lead to an increasingly complex system resulting in possibly thousands of different CO2 figures depending on the number, type and combinations of options chosen. Faced with the alternatives of adding more items as standard or significantly reducing the optional extras offered, it is more likely car makers are going to simply streamline their options list.

Alan Nolan, Director General of the Society of the Irish Motor Industry admits the transition is a challenge but believes the onus is on the industry and the State to ensure that consumers have a clear understanding of what it means for them in respect of the cars they may be looking at buying, “Despite the fact that the CO2 values will be higher, the cars, if anything, will be cleaner and as a result the EU Commission has stated that there is no reason why consumers should be faced with tax increases because of a better testing regime.”

In the meantime supplies of new car are likely to be hampered in the months following the introduction of the new test as it is more extensive and cumbersome so it is taking much longer to complete. Car makers are already reporting issues getting models tested in time for September while Porsche and BMW have been forced to temporarily suspend or limit their model range in order to comply with the new measures.

Is it time to review the current Motor tax policy?

“WLTP is a more dynamic test cycle compared to the obsolete NEDC and will bring some benefit to consumers. This change represents a perfect opportunity for finance ministries to finally review their vehicle taxation, by adapting CO2 taxes and including an air quality increment, often neglected today to favour polluting diesel.”

At a time when more than 8,000 used car imports are coming into the country monthly any negative impact on new car sales could be significantly damaging to an already fragile car market. The introduction of the WLTP would be an ideal opportunity for the government to revisit VRT and motor tax. Our post 2008 tax systems demonstrates that motor tax policy can create incentive schemes that are not aligned with national strategy and the promotion of diesel under the current one is a case in point. The framework of motor vehicle taxation was built for conventional technologies and is in many cases not suitable for alternative fuels and technologies.

In the wake of Brexit if the Government opts to do nothing car sales could be significantly impacted while the number of imported used cars continues to rise.

We are all test subjects in emissions experiment

It is time for car makers to clean up their act