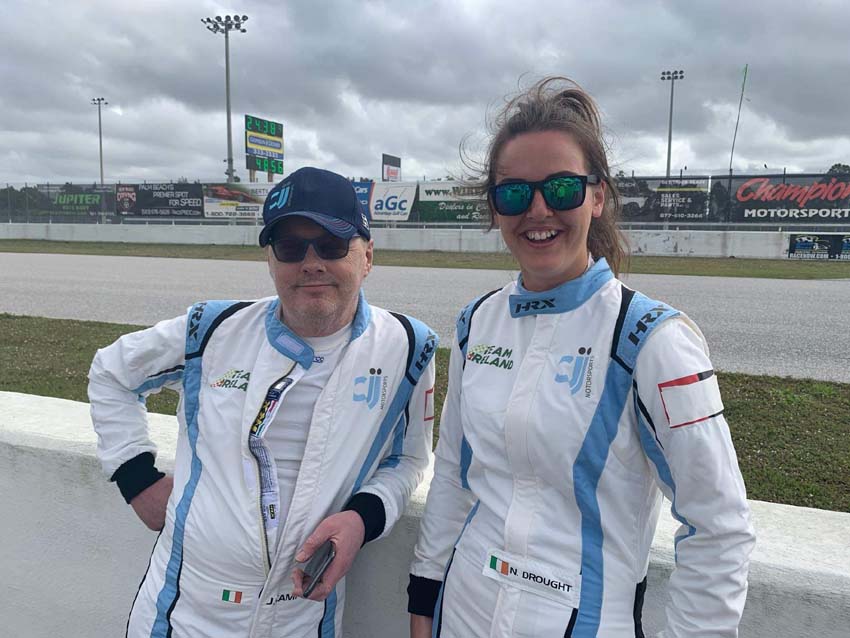 Nicole Drought
Nicole is forging a reputation as one of Irish motorsport’s most exciting emerging talents since her first win at the Irish Touring Car Championship in 2016.

The Tipperary native has certainly been making her mark on the race track since and has raced in the Irish Stryker Championship and more recently she became the first woman to win in the UK C1 endurance series.

Following a hugely successful debut GT season in 2020, Nicole moved a step closer to her dream of having a career in sportscar racing. Driving a 425bhp Porsche 718 GT4, the Tipperary lady took an impressive three wins and five podiums en route to runner up spot in the Dunlop Endurance Britcar class championship.

Nicole was also lucky enough to drive a Jordan Formula 1 car, when she travelled to Palm Beach International circuit in Florida last February to sample some of John Campion’s CJJ Motorsport collection. Campion sadly passed away in October after a battle with Leukemia, but Nicole is determined to race on in his honour and a return to the USA is high on her list of priorities as she continues her incredible career path.

Role models for aspiring female drivers are few and far between, but no Irish woman has made their mark in the world of motorsport like Rosemary Smith. “Rosemary Smith is a household name in Ireland, she forged the path for female race and rally drivers, not only in Ireland, but on the world stage.”

“Just do it. Go to your local kart track and have a go in the fun karts. If the bug bites, log on to motorsportireland.com and get yourself a race licence, you won’t regret it.” 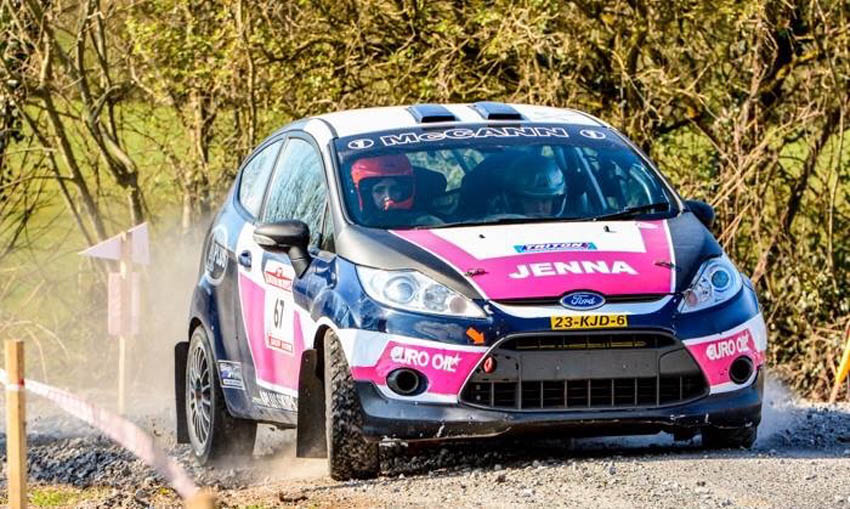 Jenna, a motorsport enthusiast since childhood, began rallying in early 2015 in her Peugeot 106.

“I did a stint in go-karting as a teenager but not really competitively. In 2014, I got my first rally car and did some small events before I completed my first stage rally in February 2015. Since then I have competed in many stage rally events all over the country and abroad,” she says.

“I’ve had many successes throughout my rallying career. In 2016 I won class 2 in the national championship and the group R cup. However, 2017 will always be the one to stand out for me.

“I competed in the junior category of the Irish Tarmac international championship and won it. On the final round of the championship which was held in Cork, I actually won the two-day junior rally outright.

“From that performance I was nominated for the Billy Coleman Award, the most prestigious award for young people in motorsport in Ireland and I am the only female to be nominated for such an award.”

Jenna’s driving ambition is as strong as ever.

“My plans for the coming year are to compete in the Irish forest championship. I will do this in a new car, an Mitsubishi Evo 9. I wanted to challenge myself this year and by switching to gravel and a 4WD car with more power I believe I will do just that.”

And for those bitten by the bug, Jenna offers this advice: “Whether you want to drive, navigate or even organise or marshal get on to your local motor club. Don’t let fear hold you back from doing something that will make you happy.” 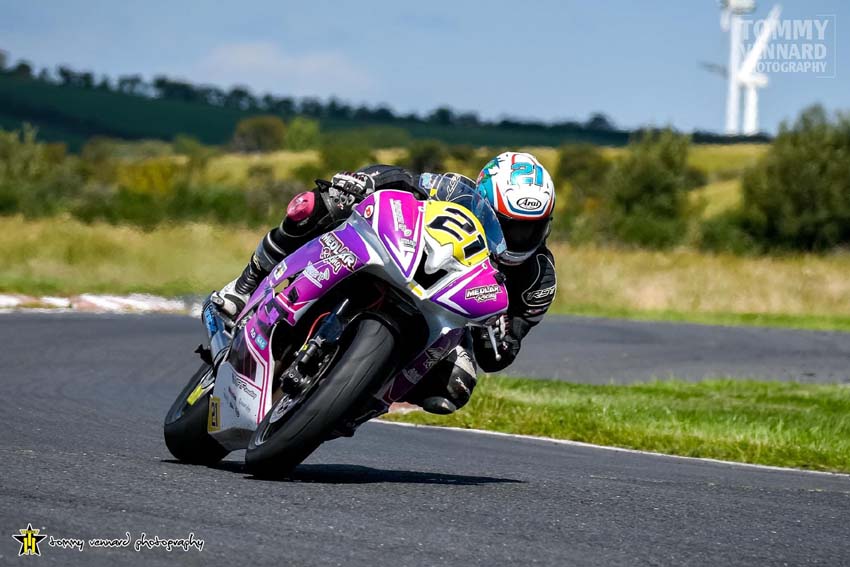 Female motorcycle racers may be rare but Nicole Lynch, from Clondalkin, Dublin, has been riding bikes from the age of four and racing since 2014, with numerous podium finishes under her belt.

She fell in love with the sport while watching her brothers racing sidecars.

“I thought to myself, I could do that, I could be fast,” she says.

Undeterred by the lack of female role models, Nicole’s ambition from the start was to be the first woman in Ireland to compete at top level against the best in Europe and beyond.

“Getting my first podium in my first season racing, getting to compete in the European Junior Cup alongside World Superbikes and my first race win have all been huge highlights for me,” she says.

Over the last two years Nicole has progressed into the Supersport class on her Medlar Racing R6. Reaching speeds of up to 155mph, Nicole became the first Irish Woman to ever get on the podium of a Supersport Cup race in 2020 and she hopes to improve on this in 2021.

Nicole will also be managing the new Medlar Racing MiniGP team in the coming year and it’s a challenge she is really looking forward to.

“I’ve been making huge progress on my own bike recently and I can’t wait for racing to get back underway to see what I can really do across a whole championship. Managing the Junior team will also be really fun, as I have a lot of experience from racing in the EJC that I feel can really benefit younger riders coming through.”

In between competitions, Nicole strives to attract more women to competitive racing. She has this advice for future racers: “Go watch some of the racing and events we have on, get talking to the racers and people around but most important get involved.”