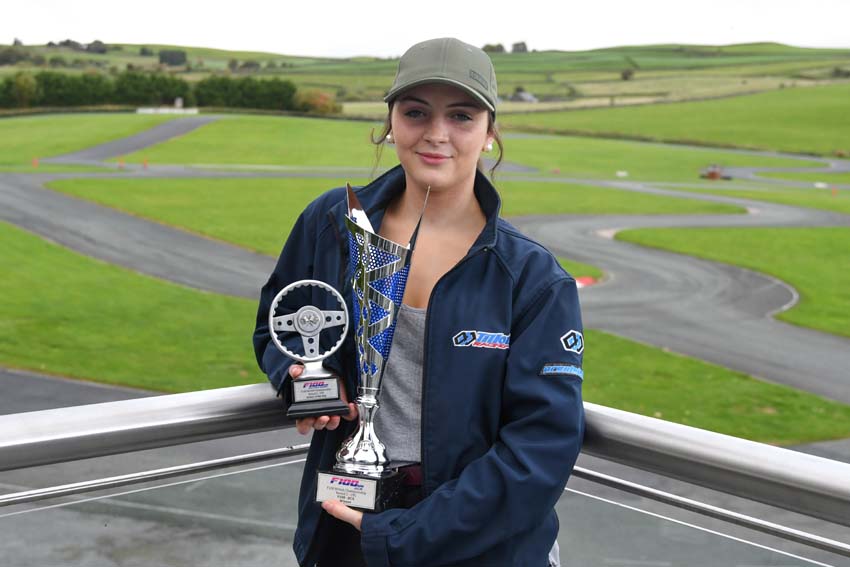 Alyx Coby with her trophies at the F100UK Championship at Glan-y-Gors in Wales. Photo: Marc Quinlivan

Following her victory at the F100UK British O Plate at Nutts Corner Circuit in Co. Antrim over the Summer, 14-year-old Alyx Coby, from Newbridge, Co. Kildare returned to the series with a visit to Glan-y-Gors in North Wales for the second round of the British Championship.

The F100UK British Championship features karts from what many refer to as the “golden age of karting” – the late 80s and 90s. It was an era of lightweight 100cc air-cooled karts screaming at up to 20,000RPM with no electronics or radiator unlike the modern IAME X30 kart Alyx has been driving for the last two years in the Motorsport Ireland Karting Championship.

Competing in the JICA class, aimed at drivers aged 13-16, Alyx is driving a 1998 CRG Charlotte kart with a 100cc Vortex engine similar to that used by her father, Gary, when he was her age.

Alyx started the first of the day’s three qualifying heats in 4th position and made her way up to 2nd half way through the opening lap. After 8 laps and several attempts at passing, she took the lead with a dive up the inside into the final corner and then defended the position for the remaining four laps to take victory by a margin of just seven tenths of a second and also set the fastest lap of the race.

For the second heat, Alyx started in pole position and with a good start began to pull away from the rest of the pack. With a string of fast laps, she extended her lead by almost a second per lap to take the chequered flag 9 seconds clear, once again setting the fastest lap of the race.

With the rain stopping and the track beginning to dry, Alyx lined up at the back of the grid for the third and final qualifying heat. She got off to a great start, quickly picking off the karts ahead of her on the opening lap before taking the lead just as she began the second lap. She opened up a two second gap by the time she crossed the line again, setting the fastest lap of the race, and by mid-distance she had opened up a comfortable four second lead before easing back to take victory.

Following her three victories in the heats, Alyx started on pole position for the final. A good start saw her keep her position through the opening lap while the second placed kart sat on her rear bumper. With different setups for both drivers Alyx was faster through the infield section while the chasing kart carried more speed down the long Dragon Straight. For the next 7 laps she managed to pull enough of a gap through the infield to fend him off at the end of the straight. The gamble for more straight line speed didn’t pull off for him though, with his engine seizing and forcing a retirement on lap 8. This left Alyx with a margin of 14 seconds to the rest of the pack and allowed her to ease off to protect the engine over the remaining 10 laps to complete a clean sweep of victories for the day.
Rounding off a successful weekend, the Newbridge teenager was also voted “Driver of the Day” for the event.

There’s no time for Alyx to relax as she’ll be back in her regular kart this weekend in Tynagh, Co. Galway for the final round of the Motorsport Ireland Karting Championship where she currently sits in third place before heading off to Le Mans in France to compete in the IAME International Finals in early October. 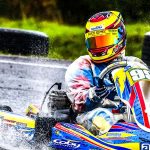 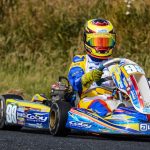 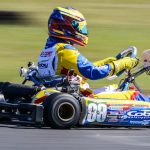 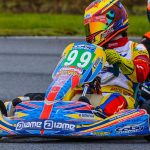 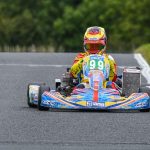 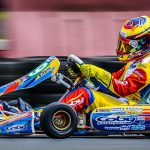